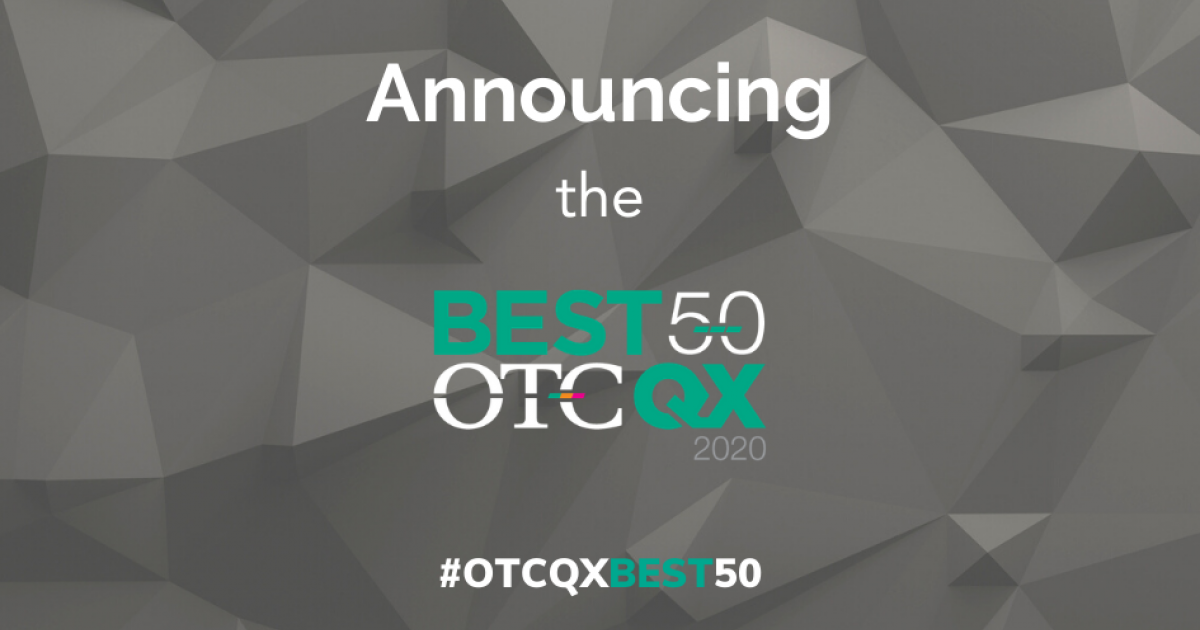 Each year, OTC Markets releases its OTCQX Best 50, an annual ranking of the top 50 companies on its top market tier, OTCQX. The list is based on an equal weighting of one-year total return and average daily dollar volume growth.

2019’s top performer is Canadian silver mining company New Pacific Metals Corp. (OTCQX:NUPMF), whose shares rose 313% last year. Much of that rise occurred in the final 10 weeks of the year, as shares rose 96% from Sept. 24 to the end of the year.

Interestingly, each of the top eight companies on the 2020 list—and 23 of the 50 overall—are in the mining and resource industries, making it the most-represented industry on the list. Ten regional and community banks made the cut, including Calvin B. Taylor Bankshares, Inc. (OTCQX:TYCB) and Merchants & Marine Bancorp Inc (OTCQX:MNMB), as did two cryptocurrency securities, the Grayscale Bitcoin Trust (OTCQX:GBTC) and Grayscale Ethereum Classic Trust (OTCQX:ETCG), which returned 106% and 7.5% respectively in 2019.

JBS and Experian were among the group of large-cap international names that made the list. That group also includes Air Canada (OTCQX:ACDVF) and Royal DSM NV (OTCQX:RDSMY), which returned 96% and 61% respectively last year.

According to OTC Markets, the 2020 OTCQX Best 50 companies returned an average of 91% last year on total dollar volume of $13.7 billion.

"The OTCQX Best Market offers the most efficient trading for established, investor-friendly U.S. and international companies that are looking to grow their businesses and increase their exposure to U.S. investors," said Jason Paltrowitz, OTC Markets EVP, Corporate Services. "This year's roster of industry leaders demonstrates the breadth, depth and diversity of companies represented on OTCQX."

In order to be eligible, companies were required to end the year trading on OTCQX, have a 2019 closing share price of at least $0.25, trade at least $500,000 in dollar volume for the year, and not be a "penny stock" as defined under SEC Rule 3a51-1 of the Securities Exchange Act of 1934.