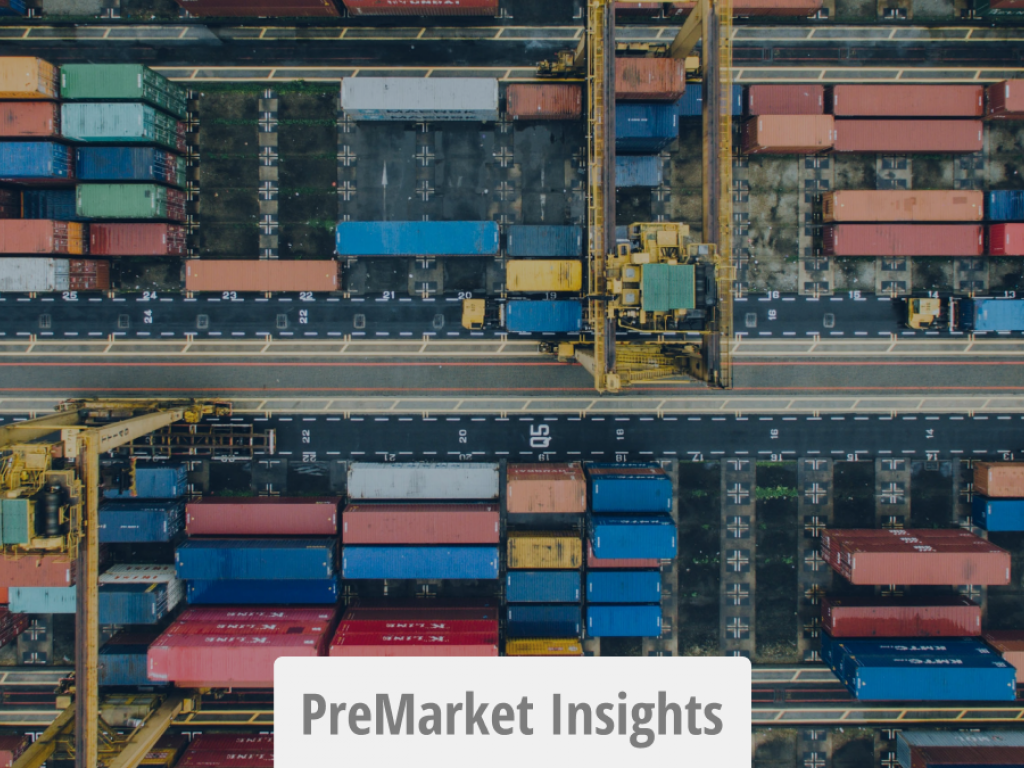 The Challenger job-cut report for April is scheduled for release at 7:30 a.m. ET. Data on initial jobless claims for the latest week will be released at 8:30 a.m. ET. Analysts expect jobless claims declining to 533,000 for the May 1 week from 553,000 in the prior week. read more
Load more

What is Economics in Investing?

Economists study capital flows and the way businesses, nations and regions allocate resources. They also look at how the cost of labor and international trade flows affect the prices of goods and services. Other important fundamental data affecting economies include the levels of supply and demand for key resources.

As it relates to investing and trading, the study of economics typically involves gaining an understanding about how the events listed on an economic calendar can affect the price of the assets you are interested in. You then might regularly review an economic calendar for relevant upcoming events.

An economy is the condition or structure of life in a particular region. Economics is the science concerned with the manufacture, selling and use of goods and services within an economy. An economic event is an occurrence that provides additional information about or influences an economy. Such events can have a significant impact on capital markets.

For example, a speech by a central bank president or treasury official is considered an economic event. If a speech of this type gives any indication of an unexpected monetary policy shift, the event can move financial markets drastically.

Economic events do not always affect asset prices in the manner fundamental analysts might expect. Although the Efficient Market Hypothesis postulates that asset prices always shift to reflect new market information to result in accurate pricing, the reality is that market price changes instead result from shifts in mass psychology among market participants.

Prices therefore do not necessarily adhere to any economics-based rationale, and rumors of an economic event can move the markets more than economic facts. With that caveat noted, relevant economic events remain important for active investors and traders to keep track of.

Why is Economics Important for Investors?

A general understanding of economics can give investors an advantage versus those who lack any familiarity with economic concepts. Assessing the state of the economy and how that might be relevant to the market value of an investment they are considering remains an essential part of the fundamental analysis many investors routinely perform.

Furthermore, having an idea of what the economic business cycle is and how different stages of the cycle can affect the prices of a variety of assets gives an economics-savvy investor an edge when operating in virtually any financial market.

Many sophisticated investors will combine economic and fundamental analysis with technical analysis. This tends to give an investor a more balanced perspective on the market and helps them develop a better sense of value for the asset under consideration than simply using technical analysis alone.

How to Use an Economics Calendar for Trading

An economic calendar provides traders and investors with forthcoming major economic releases that could affect the capital markets. The information listed in the economic calendar comes from government and non-governmental entities and consists of mostly macroeconomic numbers such as GDP.

The calendar provides economic releases from all over the world, which mostly affects the currency markets, although many releases can affect world stock, bond and commodity markets. Most professional and institutional traders keep a keen eye on the economic calendar to monitor changes in the market after the release of key economic data.

By keeping track of economic events and the resulting market impact, traders can get a good sense for how the market typically reacts based on an economic release. Some short term traders even employ a strategy called “news trading” that involves taking advantage of the extra volatility surrounding economic releases. More conservative traders will often square positions ahead of such announcements to avoid unexpected price changes and order slippage.

Nevertheless, too much economic analysis can lead to what is commonly known among traders as “analysis paralysis”. Analysis paralysis can prevent traders from pulling the trigger on trades in a timely manner because they become too occupied by overanalyzing the economics of the market and the pros and cons of the transaction they are considering. Since the market waits for no one, this behavior can result in missed opportunities to profit, even if their analysis does result in them actually taking a position.

The release of an economic indicator is an especially important type of economic event. Such indicators convey specific information about economic activity relevant to a particular state, nation or region.

The listings for each economic indicator included in an economic calendar typically include the event release’s day and time, the country releasing the information, the name of the economic event, the period its release covers, the release’s prior reading and the consensus forecast.

For example, an especially useful indicator of the strength of the U.S. economy is the nation’s gross domestic product (GDP) that is released quarterly. When compared to historical readings, the most recent level of U.S. GDP growth can give investors a sense of how strong the U.S. economy has been in recent months.

Changes in the U.S. economy’s growth rate can significantly affect the stock, bond and currency markets. This is especially true if the change differs meaningfully from the market’s consensus.

The components of a typical economic calendar listing and how they are used are explained below:

An economic indicator’s prior release result is important to analysts to help them determine the overall trend for the event and if any improvement is showing over previous releases. Sometimes the prior number is revised upwards or downwards when the following period’s release occurs, and this can also impact the market accordingly.

This number shows what the market analysts’ consensus for the economic indicator is. The forecast is typically generated by polling a number of different professional analysts and then averaging the results. If a release fails to meet the consensus, or if it beats the consensus by a wide margin, it could significantly affect asset markets where the release is considered relevant.

The actual result for the economic release appears on the economic calendar once it gets formally announced. This result can then be compared to the market analysts’ consensus to see if the release was better, in line with or worse than what analysts expected.

A surprise in an economic release is a positive or negative difference from what was expected. Markets can move sharply when the release differs from the consensus by a wide margin either printing considerably higher or significantly lower than the analyst consensus. Markets affected by a surprising release tend to react both in degree and direction depending on how different the release was compared to analysts’ expectations.  A surprise reading can also result in considerable volatility in the affected asset’s price.

The importance of a release, also sometimes called the impact, describes how significant the release is and thus how much the market might move once it comes out. Economic calendars usually show the importance of the release, often with a bar chart or a color code. Traders can use this information to determine if the economic release will probably have a low impact, medium impact or high impact on the market once it comes out.