“Currently Michigan has a robust program of nearly 300,000 patients. With Autism now allowed and an additional 10 other indications, the Michigan cannabis program is expected to double, possibly triple in size,” Medical Marijuana Inc. CEO Dr. Stuart Titus told Beniznga. “Obviously, the ‘test’ program of medical cannabis was a tremendous success – to the point where regulators felt that the expansion of the program served the best interests of the populace.  It would be wonderful to see if the medical cannabis program will exist within a recreational state and possibly reach 1 million state residents.”

Looking back on the second quarter, Borchardt added: “The Green Market Report Cannabis Company Index summary for the second quarter was released and it noted that overall cannabis stocks increased in value. Good news from the FDA and impressive IPOs in the sector led investors to feel that risk is lower than it was at the beginning of the year.”

A consortium of cannabis-related media professionals are conducting a Cannabis Media Survey. You can answer following this link.

Canadian cannabis company Tilray Inc. filed for an initial public offering on the Nasdaq, aiming to raise $135 million. The firm said it has applied to offer 9 million shares under the ticker “TLRY” at a price of $14 to $16 per share.

“The robust investment banking group involved with the IPO signals greater acceptance by the investing community of nationally licensed cannabis operations,” said Medical Marijuana's Titus. “Certainly, the progressive attitudes in Canada about cannabis are creating tremendous value for the licensed and legitimate enterprises. By contrast, in the US, we see no such investor interest in American companies, as they are only allowed to participate at the state level and remain federally ‘questionable.’ Thus, America continues to prevent expansion and growth of the industry and will likely lose top talent to Canadian entrepreneurs as ‘money talks.’”

“The level of investor excitement displayed on Sproutly’s first day of trade as a public company was exceptional," said CEO Keith Dolo. "There is a lot of enthusiasm right now, as we look to displace current extraction methods. The cannabis sector is evolving, whereby investors are now focused on scientific advancements with respect to how marijuana is packaged, meeting multiple demands of consumers in the form of beverages or edibles. We believe our natural water-soluble solution to be a disruptor to the industry."

Sproutly previously announced signing of letters of intent to acquire Infusion Biosciences Canada Inc, a biotech company possessing the rights to Infusion Biosciences Inc.’s APP Technology for specific jurisdictions; and SSM Partners Inc., a management company engaged in the commercialization of products and formulation services for APP Technology in specific jurisdictions. The transaction is expected to be completed later this month.

Famed Canadian activist Jodie Emery found a way around a ban imposed by the government, which prohibits her to profit from cannabis: hemp! After a successful soft launch, Emery announced her new hemp-themed café, Jodie’s Joint, will be opening its doors to the public on July 23. Find it at 235 Augusta Ave. in Kensington Market, Toronto. 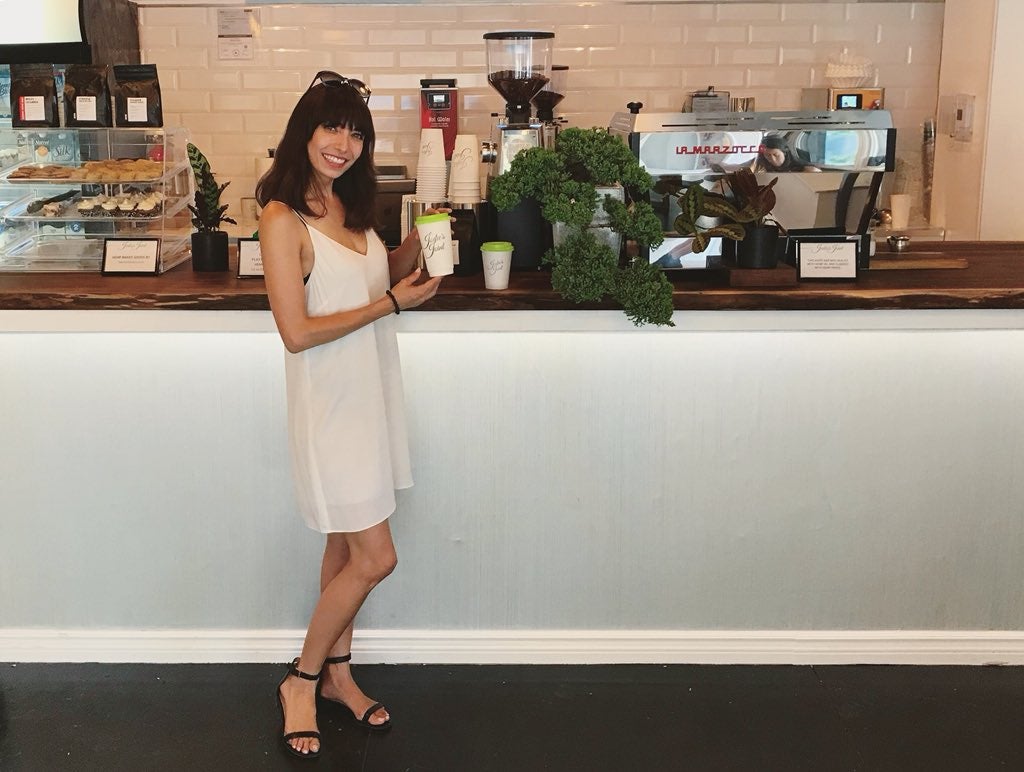 “Canopy Growth paid a premium for Hiku Brands as this company has embarked on an acquisition frenzy to expand and control its market share,” said Green Market Report's Debra Borchardt. “Canopy paid 33 percent more than the stock's average price share and Hiku had to pay $10 million to WeedMD (OTC:WDDMF) to terminate their deal. I think we'll continue to see more of these larger deep-pocketed companies swallowing up these smaller emerging brands.”

Green Thumb Industries has been increasing the bench depth to its board of directors, with two notable additions. Last month we saw Glen Senk, former CEO of Urban Outfitters, Inc. (NASDAQ:URBN), join GTI’s board. This week, it was the turn of decorated veteran, social entrepreneur and best-selling author Wes Moore. Moore is currently CEO of Robin Hood, New York City’s largest poverty-fighting organization.

GTI founder and chairman Ben Kovler told Benzinga that adding “depth and expertise” to the company’s board is “especially important as we set ourselves up for the future as a publicly traded company. Glen Senk, who has worked with several of the world’s most iconic brands including Urban Outfitters, Anthropologie, Aritzia and Pottery Barn, is a visionary in the retail and branding spaces, and his experience serving at the helm of hyper-growth businesses is a key asset. We are also thrilled to welcome Wes Moore to the GTI Team. Wes offers an impressive mix of talents that align with GTI’s business and core values, including his entrepreneurial successes, activism on veterans affairs, finance background and dedication to revitalizing under-served communities.”

GTI also announced a C$80.3 million ($61 million) bought deal financing. The company plans to use the net proceeds from the offering for business development, including the acquisition of one of ten licenses in the regulated New York cannabis market and the build-out of five dispensaries in Ohio.

“GTI continues to execute on our strategy of ‘Enter, Open, Scale’ that we’ve outlined to our investors,” Kovler added. “We are excited about this equity offering and appreciate the support of our investors. GTI is well-positioned to continue to execute its growth strategy and will continue to take a highly disciplined approach to capital allocation and financial management to create value for its shareholders.”

Six-time Olympic swimming gold medalist Amy Van Dyken joined Medical Marijuana Inc subsidiary Kannaway as a spokesperson. In 2014, Van Dyken severely injured her spine in an ATV accident in Arizona and was airlifted to Craig Hospital just outside of Denver. She remained in hospital care for nearly two months and then began her long road to rehabilitation.

Prior to her accident, the pool was Van Dyken’s refuge, but her paralyzed state lead swimming to feel unbearable. Though she was able to work hard and walk again when using a robot exoskeleton that moved her legs for her, swimming was no longer something she wanted to do because it left her feeling helpless. Since taking CBD as a supplement, Amy is finally able to enjoy swimming again, as it is no longer such an exhausting activity.

“I'd love to shout it from the mountaintops… Kannaway’s CBD products really work! I was skeptical at first, but their CBD is making my life enjoyable again,” said Van Dyken. “I take two tablespoons of the Kannaway Pure CBD in my coffee every morning and I feel like a new person.”

Newly public Planet 13 Holdings Inc. (CSE:PLTH) announced its next dispensary will be located in Las Vegas, less than 10 minutes away from Wynn Las Vegas. The company claims this will be the largest dispensary in the world at 40,000 square feet, with grow space at 120,000 square feet. The Planet 13 Superstore is planned to open just off the Strip on Nov. 1, 2018. Designed to be an interactive entertainment experience that appeals to both cannabis aficionados and the general public, the superstore leverages the company’s existing cultivation, production, and retail operations to create a true Las Vegas attraction.

"Planet 13 is on track to launch the world’s biggest cannabis entertainment superstore complex and become the leaders in cannabis tourism – Vegas style,” said CEO Bob Groesbeck. “Located beside the Vegas Strip within sight of 65,000 hotel rooms, catering to the 55-million annual visitors, Planet 13’s cannabis superstore will open to the public this fall with a 40,000 sq-ft entertainment complex and expand to 110,000 sq-ft.”

Bloomera, a wholly-owned subsidiary of RavenQuest BioMed Inc. (CSE:RQB) (OTCQB:RVVQF), signed a memorandum of understanding for the wholesale distribution of cannabis in British Columbia.

This week Benzinga also reported on:

Check out the most recent coverage of our expanding Cannabis Newsdesk following this link.

Find out more about this and other on MJ Freeway, Kush Bottles Inc (OTC:KSHB), and Nutritional High International Inc (OTC:SPLIF) with our friends at Marijuana Money, who make a weekly video summary of the top financial and business news in the cannabis industry.

Last week, the Nevada Department of Taxation released legal cannabis tax revenue figures for April. As per the data, Nevada saw $55 million in total tax collections since adult use sales began on July 1, 2017. The number already exceeds the projected figure of $50.3 million in revenue with two months left in the fiscal year.

Leslie Bocskor, President of Electrum Partners believes there are two reasons for the successful first year.

“First off, I think everybody involved may have underestimated the demand from the forty-five million visitors to Las Vegas every year. There's no shame in having conservative estimates because sometimes you get nice surprises! More importantly however is that Nevada has what I believe is the best regulatory framework in the world,” he said.

Weed enthusiasts celebrated “Dab Day” on Tuesday, July 10. “This holiday is getting stronger every year for dispensaries as sales jump for the day,” Borchardt told Benzinga.

Here are the data points recorded by Flowhub: 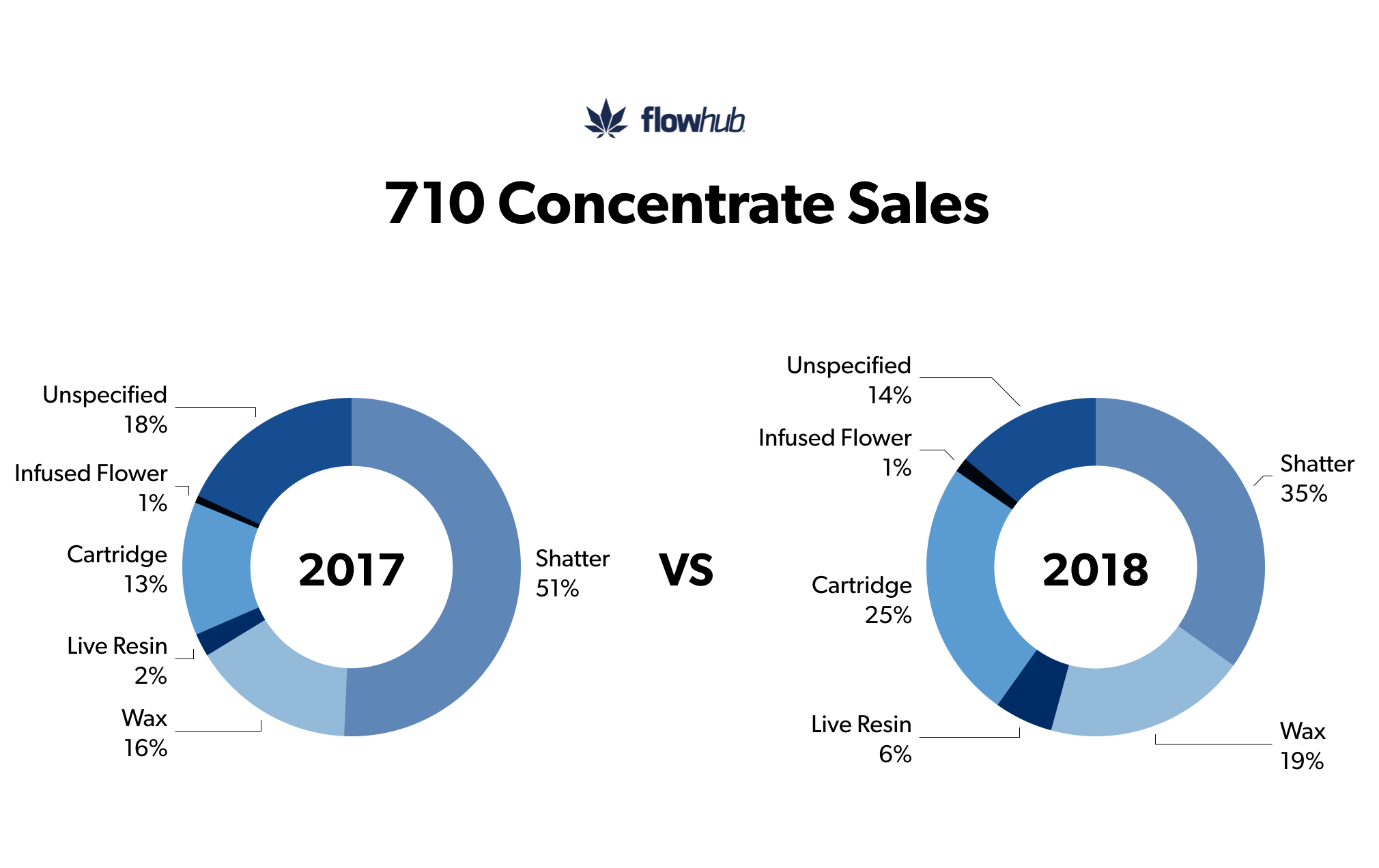 July 18: Cannabis showcase company REVEL and cannabis delivery marketplace and telemedicine platform Nugg will be celebrating Nugg's official launch into the New York state cannabis market by hosting an event in in New York City. The launch will consist of an educational showcase focused on cannabis and it's relationship with the human body, giveaways, networking, vendors and information on how to become a medicinal marijuana patient within the state of New York. For more information and to purchase tickets visit ontherevel.com

July 25-27: The NCIA will host its Cannabis Business Summit and Expo in San Jose, CA.

July 26: Front Range Biosciences and its partners are hosting an evening of networking, cocktails, and food, for cannabis growers and industry leaders in San Jose, CA. Request an invite here.

September 7–9: Oklahoma is getting its first Hempfest ever: the Hempfest Oklahoma. “After a year of working with Oklahoma politicians and venues we finally get to announce the world’s largest hemp festival is coming to Oklahoma. With Dj Snoopadelic [Snoop Dogg] coming for a free show in Oklahoma and the massive 4-stage 3-day lineup we are about to announce, we are hoping to bring out the masses and educate on what the hemp industry really is,” Scott Mckinley, event organizer and CEO of Hi Tunes Distribution told Benzinga.

September 21–22: Anaheim, CA will get the CBD Expo West 2018. Powered by CBD Health and Wellness Magazine, the CBD-focused event will feature 75 exhibitors, along with a large lineup of presentations and panel discussions from experts in the production, distribution and sale of CBD products. Tickets and can be purchased online; check out cbdexpo.net for more detail.