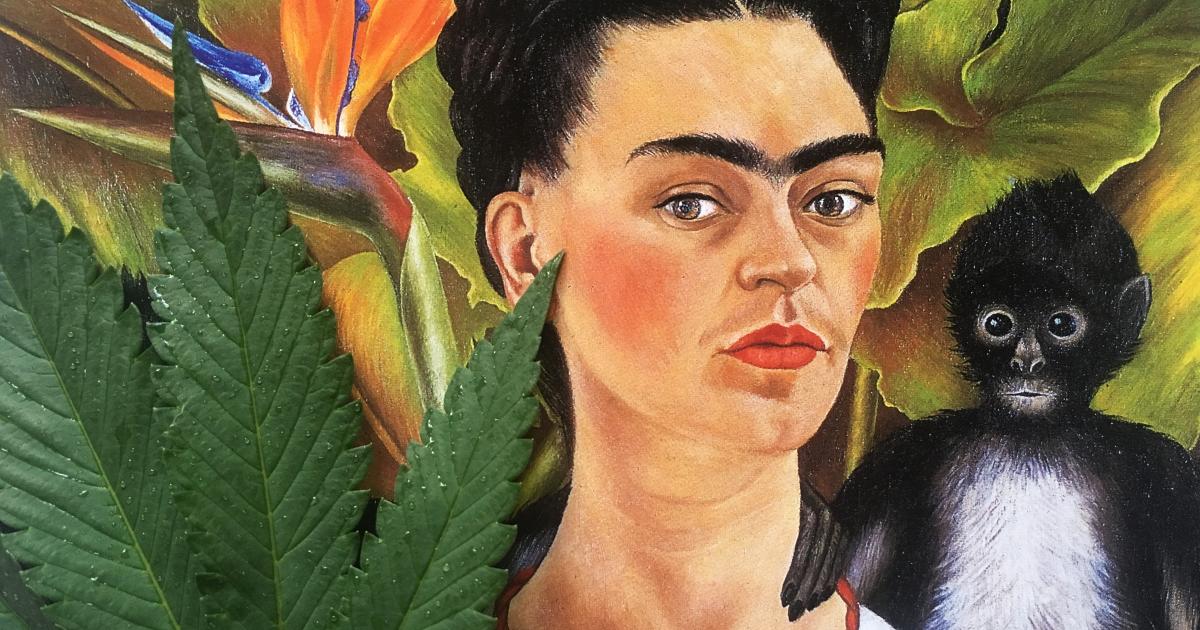 Canopy Growth Corp (NYSE:CGC)’s former CEO Bruce Linton, ousted from his spot earlier this year, said this week he was still buying shares of the company despite his termination. The company's strong cash position, international footprint and extensive intellectual property library are the main drivers of his bullish thesis.

In Canada, biopharmaceutical cannabinoid research company and cannabis producer Avicanna Inc (TSX:AVCN) obtained a first-of-its-kind license to perform research and intellectual property development on cannabinoids at its facility in the MaRS Discovery District in Toronto, known as the “Silicon Valley for life sciences.”

Only three days after this announcement, the company completed the export of its first batch of purified cannabidiol from Colombia to Canada for scientific research.

If you want to receive this news recap in your email inbox every week, please subscribe to https://tinyletter.com/javierhasse

The National Institute for Drug Abuse, a federal institution, issued a notice of special interest encouraging grant applications on the "effects of changing cannabis laws and policies in the U.S. and globally on public health.”

• The AdvisorShares Pure Cannabis ETF (NYSE:YOLO) was down 6.31%.

Curaleaf Holdings, Inc. (CSE:CURA) (OTC:CURLF) said it has closed the purchase of Glendale Greenhouse, a deal announced at the end of June. The company also said it has begun its initiative with the Veterans Cannabis Project, an organization that campaigns for legal access of medical cannabis for veterans via the Department of Veterans Affairs in Oregon. The Veterans Cannabis Project initiative was launched previously in Maryland, making products accessible in Maryland, Arizona and Maine.

WeedMaps announced it would ban ads from unlicensed cannabis companies after years of complaints from legal retailers.

Michigan's Marijuana Regulatory Agency shut down Iron Labs of Walled Lake after finding the facility did not report marijuana to the state's tracking system that tested above the legal limit for contaminants.

True Leaf Brands Inc.(OTC:TRLFF) said Tuesday that it's launching veterinarian-formulated CBD supplements for dogs that will be presented at the SuperZoo 2019 pet industry trade show in Las Vegas.

Los Angeles-based lifestyle cannabis company From The Earth held a fundraiser for its newly launched foundation. The From The Earth Foundation partners with communities to remove barriers to economic success through impactful investments and marijuana justice reform. The foundation has raised over $100,000.

Medicine Man Technologies Inc (OTC:MDCL) announced another pending acquisition deal with what it said is one of Colorado's best-selling edible producers. The company was not named in the announcement.

"As others succumb to the massive frenzy of bidding wars for overinflated and overpriced acquisitions occurring within the cannabis market, we have a thoughtful approach that focuses on growing our company with leaders in their respective fields: producers, manufacturers, extractors, and distributors."

The deal provides a retail distribution channel in nearly 600 dispensaries, allowing for cross-selling of products, according to the company.

"Once HB19-1090 goes into effect in November of this year, we believe our ability to close on this and other acquisitions will begin to accelerate, making us a leader in Colorado, one of the most mature markets in the U.S., and will also enable us to expand globally," Williams said.

The new parent company, RE Botanicals Inc., combines the industry experience, marketing savvy and retail distribution of the RE Botanicals brand, founded by John Roulac (formerly of Nutiva), with the organic hemp farming and processing facilities of Palmetto Harmony, founded by Janel Ralph, to create a national USDA-certified organic hemp flower-to-bottle operation.

The new parent company RE Botanicals will continue to operate both brands, with a focus on expanding the market share of organic hemp CBD products.

Roulac will remain as CEO of the new RE Botanicals parent company, and Palmetto Harmony’s Ralph will be COO, running a South Carolina growing and manufacturing facility.

Brooklyn Bioscience, a startup from the NYU Tandon School of Engineering, received a $250,000 grant from the National Science Foundation.

The company is working to develop pesticide-free cannabis using protein engineering methods that break down and detoxify organophosphates, a commonly used pesticide. Organophosphates, neurotoxins classified as one of the most hazardous classes of chemicals being used in the agricultural sector by the World Health Organization, are particularly toxic when vaporized and inhaled.

Willie’s Rescue, a new pet CBD line by country music legend Willie Nelson, is launching this week at SuperZoo in Las Vegas. The products are a broad line of hemp-derived CBD products for internal and external use in dogs, cats and horses.

Leafly announced the hiring of Kirk Beardsley as chief operating officer. Beardsley is an accomplished Fortune 500 retail executive with a track record of helping some of the world’s leading brands build and scale multibillion-dollar digital retail and marketplace businesses. Prior to joining Leafly, Beardsley served as executive vice president of strategic growth and head of Trunk Club at Nordstrom, Inc. (NYSE:JWN). The company also announced it will open an office in Austin, Texas.

Ayr, a vertically integrated multistate operator in the U.S., began trading on the CSE. Ayr was the first recreational cannabis-focused company with an enterprise value over $1 billion to list on NEO.

The strategic move to the CSE will allow Ayr to 'increase visibility with the investment community and expand its base of potential investors going forward," according to CEO Jonathan Sandelman.

Sun+Earth announced the launch of its organic certification program for outdoor cannabis, which goes beyond the organic standards set by the U.S. Department of Agriculture and includes fair labor standards for cannabis farm workers.

Tilray, Inc. (NASDAQ:TLRY) said Wednesday it signed an agreement with Pharma GmbH (Cannamedical) through its subsidiary Tilray Portugal Unipessoal Lda. for the purpose of exporting $3.3 million in medical cannabis from Portugal to Germany this fall.

The Global Alliance for Cannabis Commerce (GACC), which accounts for more than $1 billion of global cannabis market share, named Rezwan Khan as president.

“Due to the state’s regulatory framework and high taxes, the legal cannabis market is inaccessible to many consumers. We believe all cannabis consumers deserve the right to buy tested and safe cannabis at an affordable price, which is why we are so excited to launch Splitbud in the epicenter of the cannabis industry," said Alice Moon, Splitbud's director of communications.

California-based brand ManifestSeven (M7) advanced its B2C strategy with the acquisition of the Orange County dispensary Haven, which previously operated as ShowGrow.

BR Brands, LLC, a consumer packaged goods company serving the cannabis industry, announced Wednesday the first closing of its Series A capital raise as well as the acquisition of Mary’s Brands. Its capital raise was supported by strategic partner Rose Capital.

Cresco Labs Inc. (CSE:CL) (OTC:CRLBF) reported its unaudited financial results for the second quarter. Highlights from the report include its revenue rising253% year-over-year to reach $29.9 million, which the company attributed to its expansion into new markets and growth in the states where it already operates.

C3 Industries entered the Michigan cannabis market with the opening of its first “high profile” dispensary in Detroit.

"We are really excited to be kosher-certified for a number of reasons, the biggest reason being that it adds to the list of dietary specifications our product meets. Whether you're vegan, gluten-free, kosher or all of the above, you can wholeheartedly enjoy Fruit Slabs," CEO Roxanne Dennant told Benzinga.

CV Sciences, Inc. announced the further expansion of its PlusCBD™ Oil brand into the specialty retail channel with The Vitamin Shoppe, Inc.

The following are some of the most interesting cannabis-related stories from this week.

• Defying The Odds With A Dream, Some Weed, And A Ton Of Determination: The Inside Scoop On Frank Shamrock

• Is Weed The New Beer? 3 Key Stats Give Us An Idea

• 'THC Used To Be The Hero, Now It's CBD': A Chat With Hollywood Actor Turned Cannabis Entrepreneur Derek DuChesne

• Black Dog LED, A Major Cannabis Lighting Provider, Has Plans For 'All Corners Of The Grow Operation'

Sept. 6-8: HTBX International announced the first public cannabis consumption event set to take place in Denver. Dubbed The HTBX Solution, the event will debut HTBX’s newly licensed portable consumption space and will mark the first time the public will be legally permitted to consume cannabis in public. The HTBX unit will be accessible to adults 21 and older for cannabis consumption during the event, and patrons must supply and consume their own cannabis.

Organized by the group behind the CannaTech series of global cannabis conferences, iCAN Connect is designed for qualified individual and institutional investors or their representatives looking for international medical or recreational cannabis investment opportunities.

Oct. 4-6: Argentina will hold its first big cannabis conference, Expo Cannabis, at the La Rural event hall in Buenos Aires. The event arrives at a key moment in the country’s regulatory history and the development of a nascent legal industry.

Oct. 11-12: CBD Expo MOUNTAIN will bring the largest CBD event platform to Denver to broadcast products with the community and share knowledge with the industry. The event features more than 150 exhibitors, along with a substantial lineup of speaker presentations, panel discussions, demos and workshops from experts in the research, production, globalization, distribution and sale of CBD products. The themes for the expo are compliance and regulation and investments and business.

Oct. 11-12: the first-ever Budtender Awards are coming to Las Vegas, sponsored by cannabis financial technology company Canna Paid and cannabis educational program Clover Leaf University. The awards aim to pay homage to the nation’s top budtenders and the many facets of cannabis culture.

Oct. 22-23: The Benzinga Cannabis Capital Conference is coming to Chicago, Illinois! You know you can’t miss it. Go to https://www.benzingacannabisconference.com/ for more information.

Oct. 23-24: Marijuana Venture Magazine’s Retail and Dispensary (RAD) Expo, a national trade show focused on the retail cannabis industry, will return to the Oregon Convention Center in Portland, Oregon. The RAD Expo will feature presentations from industry veterans to speak about successful entrepreneurship and topics including merchandising, partnership management, interior store design and retail operations. The 2019 show will focus heavily on CBD products and CBD brands with a presence in health grocery stores, luxury retailers, pet stores and other retail categories that carry hemp-derived products.

Nov. 15-16: CBD Expo EAST will bring the largest CBD event platform to Orlando, Florida to broadcast products with the community and share knowledge with the industry. The themes for CBD Expo EAST are globalization and spa + wellness.

Nov. 19-21: The Medcann World Forum 2019 will be held in the Mediterranean Conference Centre in Valletta, Malta. The three days will focus on six pillars: medical, business, research, legislation, regulation and fintech.

Dec. 5-6: CBD Expo WEST will bring the largest CBD event platform to San Diego, CA to broadcast products with the community and share knowledge with the industry. The themes for CBD Expo WEST are research and development and cannabinoid formulations.