Defying The Odds With A Dream, Some Weed, And A Ton Of Determination: The Inside Scoop On Frank Shamrock 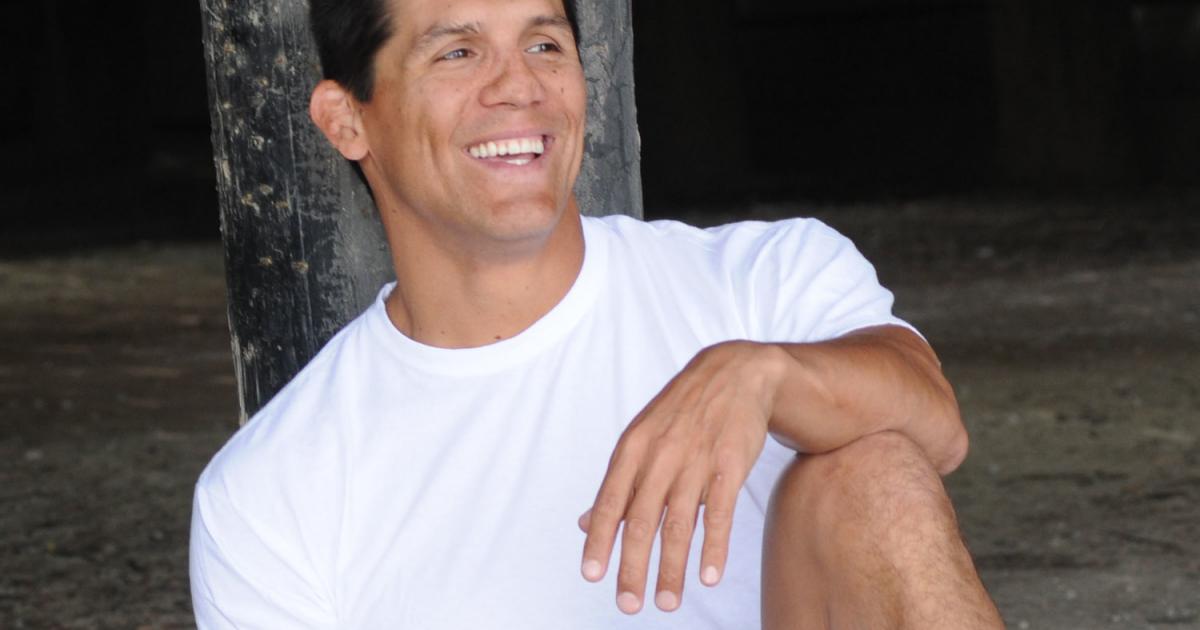 It was arguably one of the most exciting fights in UFC history.

Ortiz had three consecutive wins before the fight, with one being a 0:16 submission against Jeremy Screeton.  He was also noticeably bigger than Shamrock, and had more fights under his belt.

Shamrock was a beast, though, coming off of five straight wins heading into the fight; but he was considered the underdog.

Some were quick to trivialize Shamrock’s skill, intellectual prowess, and the extreme level of conditioning he had endured while training.  Conditioning that would ultimately win him the fight. Despite landing some pretty heavy blows in the first three rounds, Ortiz did begin to tire by the fourth round, and that’s when Shamrock dropped a calamitous elbow that landed with what I can only imagine being similar to the force of a Nimitz class aircraft carrier.

Of course, it wasn’t just the miraculous finish of the fight that made it so exciting.  From start to finish, it was non-stop action.  It was two of the most lethal, well-trained warriors on the planet battling it out in a way that most folks could never even comprehend in any situation.

You see, these guys aren’t street thugs.  They’re not hot-headed bar fighters looking to blow off some steam.  These guys are some of the most gifted  and well-disciplined athletes on the planet.  The sacrifice and dedication it takes to get to this level is almost inhuman.  But it’s also the kind of sacrifice and dedication that can make these guys successful in anything they choose to do.  And there is no better example of this than Frank Shamrock.

Last week, I had the opportunity to speak with Shamrock about his life, his career, his cannabis legalization advocacy efforts, and his entrepreneurial endeavors that have showed the world that he has been just as successful in retirement as he was during his prime in the world of professional fighting, where he was a world champion. 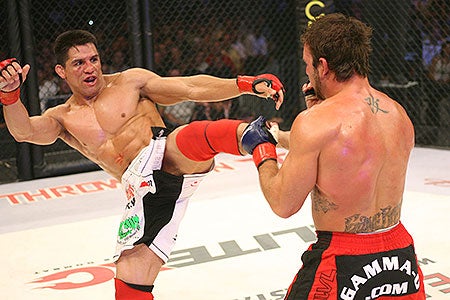 JS: Frank, thank you so much for taking the time out of your day to speak with me.

You were told as a kid that you would never play contact sports because of some back injuries.  I believe it was scoliosis and a broken spine.  How were you able to defy those odds and not only become a professional fighter, but become one of the greatest mixed martial artists of all time?  I heard an interview with you where you mentioned cannabis being a part of this, but I feel like there must’ve been something else.

FS: Well, my dream was to become a pro athlete.  When I was a kid, I used to watch boxing a lot, and I just assumed I’d become a world champion boxer.  I never actually believed I couldn’t do it because I felt so healthy, and just assumed they didn’t know what they were talking about.  Also, when I was living in a group home, a chiropractor helped me out and told me that I could manage these back problems through pain management and a lot of hard word.  The hardest part was the pain, although I was also given natural herbs to help with swelling and pain.  I needed something to keep my spine relaxed, too,  And when I was sixteen, I was smoking cannabis recreationally anyway.  I knew that when I smoked it, my back didn’t hurt.

When I was 18, I went to prison, and while I was there, I built more mass and learned more about my body.  By the time I turned pro, my back really didn’t hurt that much anymore. But I did use cannabis every single day of my career.  Just ice and cannabis.  Back when I was fighting, though, you only got tested after the fight.  You only had to pass one test and there was no outside testing.  So I would just stop a couple of weeks before the fight.

JS: So clearly cannabis absolutely helped you with all kinds of physical distress.  But do you think it can also help with mental distress, too?  Particularly in professional sports.  Maybe a way to help deal with fame or defeat or just the mental stress of having to be perfect?

FS: 100 percent. It’s pure survival.  I was definitely afraid of someone killing me, and the cannabis would relieve that anxiety.  You live a very isolated life  as a pro athlete.  But when your mind is relaxed, you sleep well and perform better.

FS: I’m not sure how common it is.  Most fighters wouldn’t tell you, anyway.

I came from such a hard life, though, with a lot of at-home abuse.  Add cage fighting to that, and the intensity messes with you socially and psychologically.  I didn’t have the tools socially to deal with it.   Cannabis did help with this, too.

JS: Over the past few years, we’ve seen a lot of great athletes come out in support of cannabis legalization and use in professional sports.  Mike Tyson, Ricky Williams, you.  Yet it seems like we’re not even scratching the surface yet.  A lot of these guys and women are suffering immeasurable physical and mental damage, and most professional sports organizations are turning a blind eye.  You’d think they’d want their athletes being able to perform at their peaks, which cannabis could help with in terms of befitting the healing process.  So why do you think it’s still taking so long for professional sports to come around on cannabis?

FS: It’s mostly social and political awareness.  When you go into middle America, it’s still considered a gateway drug.  There’s a lot of propaganda still in place.  And in professional sports, everything is highly structured so that even if cannabis is legal in one state, federal,y it’s still illegal, and that makes it difficult to get accepted.

What we really need are bigger stars getting involved.  Imagine if someone with the stature and influence of Muhammad Ali told people that this is real medicine, and these are the reasons why.  It would change the world.  Someone of that caliber uses it, and it changes everything. It’s  a shame we live in a world where we could help people, though, but most pro athletes are afraid to say anything because they don’t want to destroy their careers.  Which is understandable. There are a lot of professional athletes that use cannabis on a regular basis, but they just can’t say anything.  It’s just not allowed.  It’s not socially acceptable. The agent says no, the manager says no, the athlete can’t say anything.

JS: As well as being a professional athlete, philanthropist, public speaker, and mentor, you’re also an entrepreneur.  What kinds of entrepreneurial projects are you’re working on these days, and what was your most successful entrepreneurial venture?

FS: My most successful was Strikeforce, which we started with hardly anything, and sold it to the UFC.

FS: Something like that.  I’ve also done some work with a coconut water company, and I’ve produced a couple of films: The Bipolar Rock and Roller and Bound in Blood.

It’s inspiring to see someone who came from a such a rough upbringing to ultimately become a world champion athlete and a successful entrepreneur.  Particularly one that makes no apologies for consuming a plant that never should have been prohibited in the first place.  For those who maintain that cannabis makes people lazy and unproductive, you needn’t look any further than Frank Shamrock to know that this is, and always has been, a monumental myth.

Saint Vincent Okays Psychedelic Initiative The Caribbean country of Saint Vincent and the Grenadines has approved an initiative to incentivize psychedelic research and wellness.  read more

This article was originally published on Cannabis & Tech Today, and appears here with permission. Unless you live under a rock, there’s no ignoring our current, heated political climate.  read more