Want to jump straight to the best? Most of our users prefer Interactive Brokers for stock trading.

In today’s economy, digital currency and blockchain technology are leading the way into the future. If you’ve thought about investing in cryptocurrencies but have been reluctant due to their highly volatile markets, then blockchain stocks might offer you a viable alternative.

Investments in blockchain stocks could appreciate considerably over the coming years as the technology gains more widespread acceptance, although they might be extremely speculative in some cases. The following guide covers some blockchain basics and provides some pointers on how to invest in blockchain stocks.

Ways to Invest in Blockchain

Before you begin buying blockchain stocks, you should have an understanding of blockchain technology and its principal uses. The technology was originally devised in 2008 in a paper by someone or a group of people using the name Satoshi Nakamoto. It was presented as a way for 2 people or companies to transfer payments directly without having to use a 3rd party.

What is a Blockchain?

Blockchains are digitized, decentralized public ledgers that list all transactions made in their associated cryptocurrencies. Furthermore, computing the next “block” in the blockchain from new transactions is the mechanism through which digital currencies are “mined” or brought into existence as a reward that miners receive for successfully doing the complex computation required.

Blockchains are constantly growing as newly completed blocks get added to the public ledger in chronological order that allows cryptocurrency transactions to be monitored and updated without a central record. The record created by a transaction is unalterable and able to be verified by anyone using the blockchain and not just by major financial institutions like banks.

You have several options when investing in blockchain-related companies that include the following:

Research continues to be the best way to pick promising stocks in any industry, and selecting the right investments in the blockchain business is no different. Although the underlying technology and market involved may differ, the method for selecting promising stocks for investment remains basically the same.

Investing in many companies directly involved in blockchain development may seem very speculative, although some large companies have indirect involvement in blockchain technology and hence provide exposure to the cryptocurrency market. These companies include well-capitalized and established firms like:

If you have a higher tolerance for risk, you might want to research smaller companies involved in blockchain development or foreign companies that trade their stock on the over-the-counter market. Some of the more speculative blockchain stocks to consider investing in could include:

How to Buy Blockchain Stock

Well-capitalized stocks like Intel and CME Group can be purchased through any major stock brokerage that lets you trade U.S. stocks. If you instead decide to invest in a foreign stock or one of the less established blockchain companies that trade on the OTC exchanges or on the pink network, then you’ll most likely have to make arrangements with your broker.

The best online brokers for blockchain stocks that trade on the major exchanges include TD Ameritrade and E*TRADE, but any major broker that has access to U.S. stock markets would be adequate. For OTC and penny stocks, you might want to check out Charles Schwab, Interactive Brokers, TradeStation or Fidelity. A comparison of some of the best online brokers for blockchain stocks appears below. 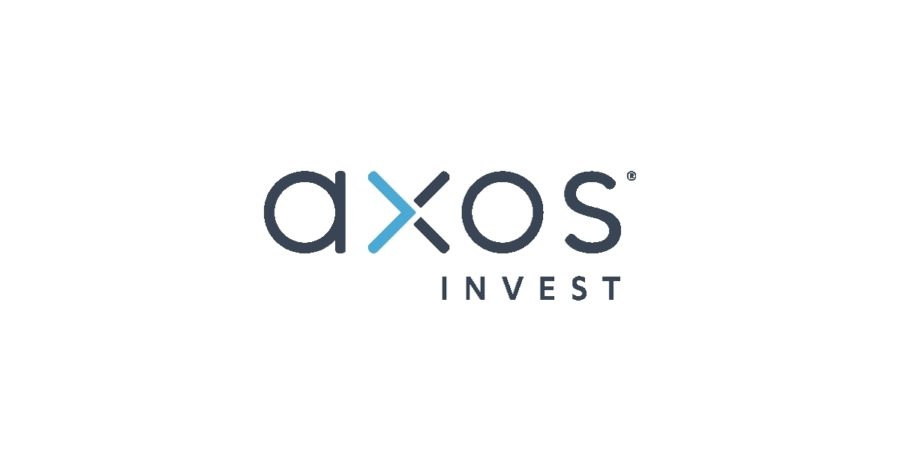 It seems like new digital investment management platforms are sprouting up left and right, and for good reason — there’s a great need for easy, straightforward investment management that doesn’t cost an arm and a leg in fees or to get started. If you’re new to investing or an old hat who wants to make the switch to a virtual manager, deciding which features you need can be confusing if not overwhelming.

eToro is a broker that offers access to over 25 of the world’s most popular cryptocurrencies, forex and over 1600 stocks. They have a few unique education and useability tools. Traders can begin buying and selling in as little as 10 minutes.

Lower-priced blockchain stocks tend to be volatile and can move significantly in either direction. The more established and higher-priced stocks with blockchain exposure tend to move with the overall stock market and with other stocks in their industry. A table of significant blockchain stock movers appears below.

Blockchain Is the Wave of the Future

Some research reports indicate that the blockchain and associated industries could top $28 billion in market capitalization by 2025. The innovative technology and its ramifications have not yet fully impacted society, but once digital currencies become more readily accepted as a secure form of payment, further growth is likely. In fact, blockchain investment via stocks, ETFs or crowdfunding already seems well on its way to becoming the next big wave of the future for equity-oriented investors.

The stocks of companies that have contributed to and stand to benefit from that growth and resulting investment interest could well show notable valuation rises like those seen in automobile stocks in the early 20th century or internet stocks just 20 years ago. As always, remember to perform your due diligence and thoroughly research any potential investment before committing your funds.