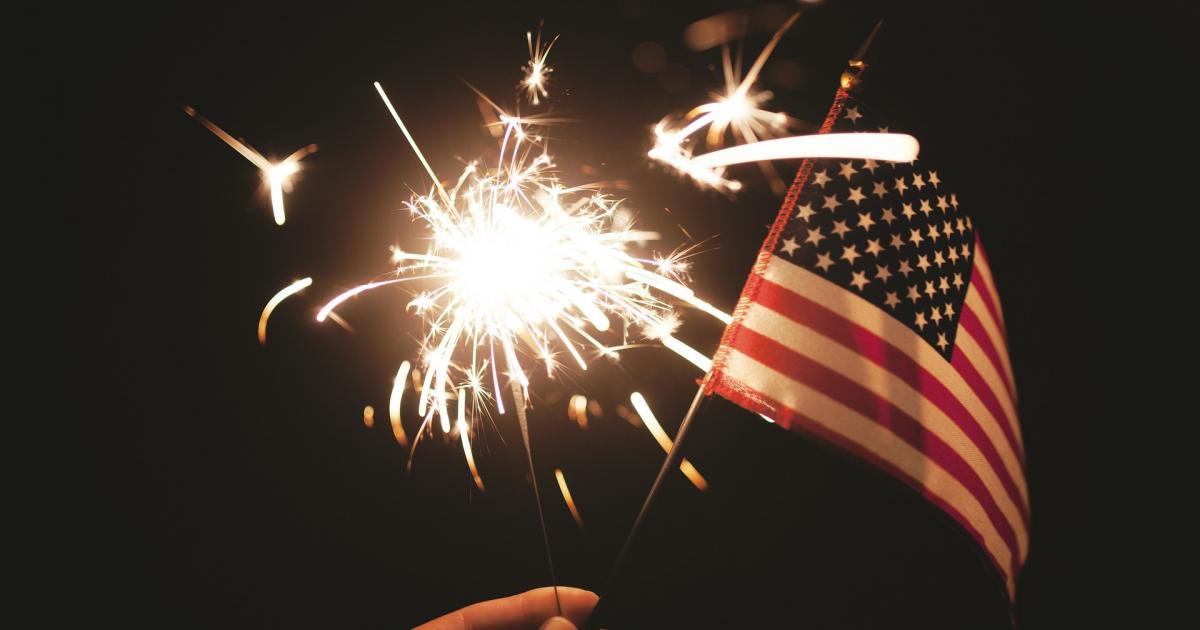 What many call the most American of holidays—Independence Day—is a big one for recreational spending.

July 4 falls on a Thursday this year, which could temper spending somewhat versus a weekend holiday. But most Americans will still shell out some cash to party, whether it’s for a simple cookout or by piling the family in the car for a long weekend getaway.

Michael Kealy, an education coach for TD Ameritrade, pointed to food and travel as key centers of summer holiday spending. And as it happens, there are a number of publicly traded companies whose products tie into the holiday.

Fire Up the Grill; Hit the Road

According to the Hearth, Patio & Barbecue Association, July 4 is the top grilling day, with 63% of Americans cooking over a hot flame. The association found that seven in 10 adults own a grill or smoker; gas grills are the most popular at 64%, followed by charcoal.

You need food to cook on the grill. According to the National Retail Federation, in 2018 Americans spent nearly $7 billion on food just for July 4 cookouts, with nearly nine out of 10 adults expected to observe the holiday.

The summer is also peak hot dog season, according to the National Hot Dog and Sausage Council. Americans wolf down 7 billion hot dogs between Memorial Day and Labor Day, with 150 million of those tube steaks consumed just on Independence Day alone.

Although there’s no recent data on how many hamburgers we consume on the holiday, the American Farm Bureau in 2018 created a “summer cookout menu for 10 people” that included not only hot dogs and hamburgers (with cheese slices and buns) but also pork spareribs, ketchup, mustard, deli potato salad, baked beans, corn chips, lemonade, chocolate milk, and watermelon. The farm group noted that with food prices down last year, the nationwide average cost of this meal was about $55.

What will you drink to wash down all this deliciousness? For many, the answer is beer. America’s Beer Distributors noted that Independence Day is the top holiday to consume beer at home; the group said that in some states beer distributors will deliver double the beer of a typical week.

Hitting the road? You have company. AAA said that last year nearly 47 million people drove 50 miles or more on July 4, a record, with 3.8 million more hopping on a plane.

A Little Bang for Your Buck

Whether or not you want some fireworks in your portfolio, there are a few ways to think about adding holiday seasonal stocks to your holdings.

All those hot dogs and hamburgers need buns. Flowers Foods, Inc. (NYSE:FLO) owns several bread brands such as Nature’s Own and Wonder Bread, and it has you covered on the dessert side too, with pastries and snack cakes like Tastykake brand.

Vegetarians aren’t left out of the seasonal stock cookout party. Consumers can also throw on some patties from the newly listed Beyond Meat Inc (NASDAQ:BYND).

As beer is such a big seller over the holiday, Kealy observed that Anheuser-Busch InBev (NYSE:BUD) has an expansive brand portfolio that includes Budweiser, Rolling Rock, and Shock Top. He also pointed to Constellation Brands, Inc. (NYSE:STZ), which owns more than 100 names including Robert Mondavi wines and Svedka vodka. STZ has the third-largest market share of all major beer suppliers and has also entered the cannabis industry. Nonalcoholic beverage choices include those offered by PepsiCo, Inc. (NASDAQ:PEP) and The Coca-Cola Co (NYSE:KO).

With recreation a big part of the July 4 holiday, another relevant company is Polaris Industries Inc (NYSE:PII), which makes ATVs, motorcycles, and a three wheeled vehicle that seems to be a motorcycle to some and a roadster to others. When considering on-road summer fun, there’s also Harley-Davidson Inc. (NYSE:HOG).

There are a few ways to approach travel. Kealy pointed out research and booking platforms such as TripAdvisor Inc (NASDAQ:TRIP) or Booking Holdings Inc (NASDAQ:BKNG), which owns Priceline, Kayak, and other travel search engines.

With so much going on during the Independence Day holiday, there’s certainly more than one way to add a little sparkle to how you think about investing.

Information from TDA is not intended to be investment advice or construed as a recommendation or endorsement of any particular investment or investment strategy, and is for illustrative purposes only. Be sure to understand all risks involved with each strategy, including commission costs, before attempting to place any trade.