As we highlighted last month, preferred shares of Fannie Mae and Freddie Mac experienced dramatic increases in dollar trading volume to start 2019. That was not the case in February however, as dollar volume in the mortgage liquidity providers receded back to normal levels.

While different share classes of Fannie and Freddie did occupy seven of the top 12 most-active securities on the OTCQB Venture market in February, they all experienced month-over-month declines in dollar trading volume compared to January. Dollar volume in shares of Fannie Mae (OTCQB:FNMAS), Fannie Mae (OTCQB:FNMA), Freddie Mac (OTCQB:FMCKJ), and Freddie Mac (OTCQB:FMCC) fell an average of 57 percent month-over-month.

This trend continued across many of the largest securities on OTC Markets in February, particularly among large multinationals. Of the most actively traded securities on the OTCQX Best Market (the top tier of OTC Markets), international conglomerates Roche Holding Ltd (OTCQX:RHHBY), adidas AG (OTCQX:ADDYY), Danone (OTCQX:DANOY), and BNP Paribas (OTCQX:BNPQY) all experienced lower dollar volume in February compared to January.

Interestingly, the Grayscale Bitcoin Trust (BTC) (OTCQX:GBTC) and Organigram Holdings, Inc. (OTCQX:OGRMF)—two securities that represent emerging industries—saw increases of 9 and 56 percent in February, suggesting investors had more of a risk-on appetite during the month.

Overall, volume was down among most of the larger names on OTCQB. Of the 10 most actively traded securities on the OTCQB Market in February, only NaturalShrimp Incorporated (OTCQB:SHMP) (up 1,713 percent), Cleanspark, Inc. (OTCQB:CLSK) (up 916 percent) and one class of Fannie Mae (OTCQB:FNMAT) (up 165 percent) saw their dollar trading volume increase from January.

Here’s a list of the top 12 most actively traded securities on the OTCQX and OTCQB Markets in February. 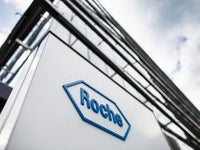 The Most Actively Traded Securities On OTC Markets In 2020 Included Cannabis, Crypto, And Multinationals

Trading volume on OTC Markets surged in 2020 amidst the unprecedented volatility brought upon by the pandemic—especially at the end of the year.  In December alone, nearly $52 billion worth of shares traded hands on the OTCQX, OTCQB, and Pink Markets.  read more 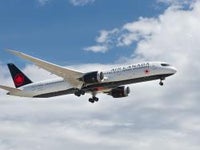 The massive rally in stocks around the globe in April and May ended up marking the best 50-day rally for stocks in history. read more 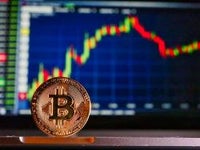 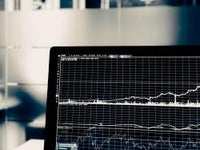 Cannabis Securities Were Widely Traded On OTC Markets In November