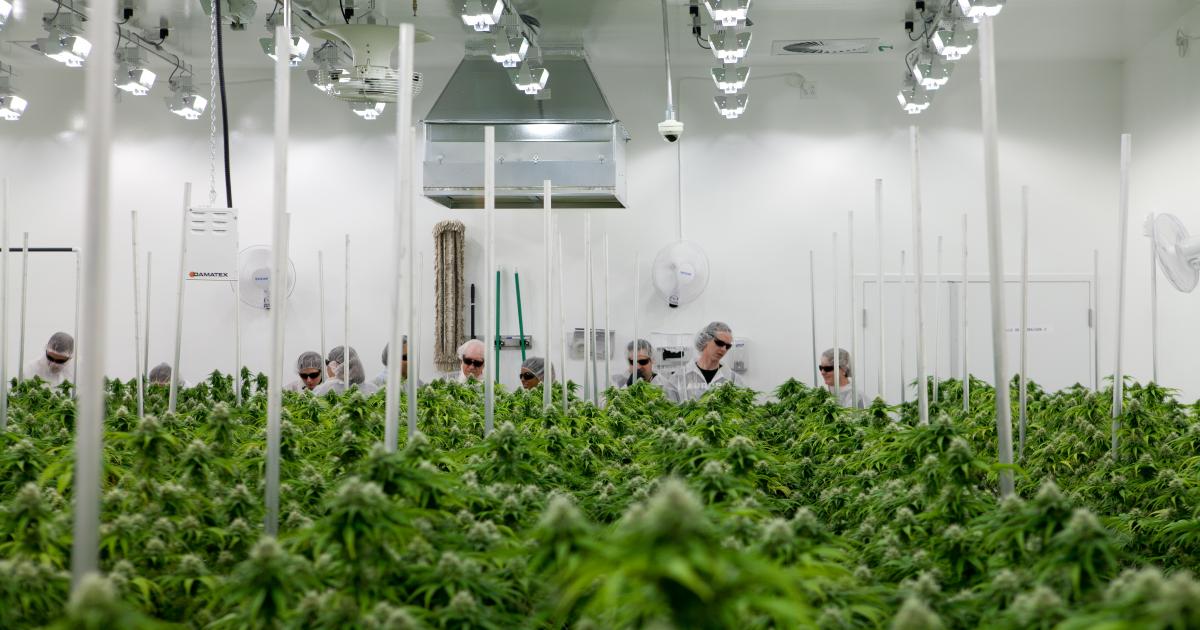 One year after the legalization of recreational marijuana in Canada, the country is preparing for "Cannabis 2.0."

The second phase of legalization will bring three new classes of cannabis to dispensary shelves: edibles, concentrates and topicals.

It would be an understatement to say that sales expectations for Cannabis 2.0 are huge.

The Brightfield Group estimates Canada’s cannabis industry will reach $3.7 billion by the end of 2020, which is more than double the $1.6 billion it reached in 2019, according to CNN Business.

Another forecast from Deloitte projected in June that the Canadian edibles market will be worth a minimum of $1.6 billion annually, with cannabis-infused beverages adding $529 million more.

What’s more, Deloitte’s survey results said 59% of likely cannabis users intend to use cannabis-infused edibles, which indicates they could be the most profitable category among the newly legalized products.

The ongoing vaping crisis may affect the sales of vape products in Canada, despite Health Canada's efforts to rigorously regulate the market.

"It will be prohibited for cannabis extracts, including cannabis vaping products, to contain anything that may cause injury to the health of the user when the cannabis product is used as intended or in a reasonably foreseeable way," Tammy Jarbeau, a Health Canada spokesperson, told the network.

Another interesting question: will Cannabis 2.0 make any meaningful impact on the illicit market sales?

While it was expected that recreational legalization would diminish the illegal cannabis market in Canada, the latest sales analysis showed that didn’t happen. Due to the huge price gap between the legal and illegal markets, the black market has continued to dominate.

Some companies have already obtained license amendments, while others have announced their plans to do so:

Pure Global Cannabis Inc. (TSX.V: PURE) (OTC:PRCNF) said Oct. 24 it has obtained amendments to its processing license that allow it to sell cannabis extracts, topicals and edibles to both medical and legal adult consumer markets.

“In December 2019, we will be launching over 15 new SKUs related to our new vape technologies.”

The company is planning on building on its partnership with Constellation Brands by launching cannabis-infused beverages.

Aphria Inc. (NYSE:APHA) discussed its expectations for Cannabis 2.0 in its fourth-quarter earnings call and said it has prepared for the development of a vast portfolio of vapes and concentrate products through its strategic alliance with PAX Labs.

Cronos Group Inc. (NASDAQ:CRON) discussed some of its future product targets during its second-quarter earnings call, and said it has launched Cronos Device Labs, an R&D facility that will support the development of next-generation vaporizer products. The company also talked about its plans to “develop and launch a broad range of cannabis-based edibles in the coming quarters.”

MediPharm Labs Corp. (TSX:LABS) (OTC:MEDIF) said it plans to supply purified cannabis concentrates that could be used in edibles, beverages, vape pens and other derivatives.

The company also aims to produce vape cartridges with already-signed sales agreements, and said it will start the production of its new softgel capsule line once necessary approvals are obtained.

On Oct. 16 the company announced its subsidiary MediPharm Labs Inc. has signed a private label cannabis concentrate supply agreement with Olli Brands Inc., a producer of cannabis-infused edibles and teas.

HEXO Corp (TSX:HEXO) (NYSE:HEXO) said Oct. 28 it has obtained a Health Canada license for its cannabis Centre of Excellence in Belleville, Ontario for the research and the sale of cannabis topicals, extracts, edibles and beverages.

James E. Wagner Cultivation Corporation (TSX:JWCA) (OTC:JWCAF) announced Oct. 29 it has received a license amendment from Health Canada for the sale of cannabis extracts, topicals and edibles at its Ontario-based pilot facility.

BevCanna Enterprises Inc. (CSE:BEV) (OTC:BVNNF) announced Oct. 3 it has entered an agreement with Higharchy Ventures Ltd. to develop, produce and launch a portfolio of cannabis beverage brands for sale in Canada once they're legal.

The company also recently disclosed entering into a non-binding letter of intent dated Oct. 15 to collaborate with Capna Intellectual, Inc. to bring its cannabis vape brand Bloom to Canada.

The company’s preparations for Cannabis 2.0 started even earlier. On Sept. 16, BevCanna signed a supply agreement with Nextleaf Solutions Ltd. (CSE:OILS) (OTC:OILFF), under which Nexleaf has granted an exclusive license to BevCanna for the use of its intellectual property related to water-soluble cannabinoids. Commercialization is planned within 12 months after Cannabis 2.0.

Namaste Technologies Inc. (OTC:NXTTF) announced Oct. 15 that its wholly owned subsidiary CannMart has obtained Health Canada’s approval for an amendment to its license enabling it to sell oil concentrates.

"The long-awaited Health Canada approval we just received is pivotal, as it allows us to participate in the cannabis oils market today and sets the stage for our presence in the edibles, extracts and topicals markets, pending their legalization and regulation anticipated to occur this week," CEO Meni Morim said in a statement.