April started with considerable pressure on the markets.

“Concerns over legalization in Canada, previously assumed to be a ‘done deal,’ continue to weigh on investors, along with fears of a supply glut, as discussed on the cover of Barron’s this week,” 420 Investor Alan Brochstein told Benzinga. “It looked to me like we hit a low this week, and I was able to up my exposure in my model portfolios to the Canadian LPs,” he added, pointing out that insiders have been buying stock in their companies, with large purchases at Aurora Cannabis, Cronos Group and MedReleaf by one or more executives.

High Times Holding Corporation announced the closing of its acquisition of Green Rush Daily. High Times -- which currently trades under Origo Acquisition Corporation OACQ OACQF -- will give Green Rush’s sole proprietor, Scott McGovern, a total of 577,651 Class A shares (worth roughly $6.4 million) and $500,000 in cash.McGovern will serve as High Times’ senior executive vice president of publishing, getting an additional 289,630 Class B non-voting stock options, to vest over a three-year period at $2.18 per share, as part of his compensation. Read all about it in our exclusive article.

Organa Brands, one of the largest cannabis brands in the world, announced that one of its co-founders, Ralph Morgan stepped down from day-to-day operations to pursue a new business opportunity in the cannabinoid therapeutics realm. The company will continue to be led by its trio of Presidents: Jeremy Heidl, Chris McElvany, and Jeremy Heidl. Morgan will remain an equity partner in the company and will retain his seat on the company’s Board of Directors.

Online cannabis ordering platform Stemless, a participant in Quake Capital’s New York accelerator program, announced its expansion to all states that support the sale of medical or recreational cannabis. The company, which originally piloted in the state of Oregon, offers a customer-centric online marijuana ordering and delivery solution that allows dispensaries to compliantly offer their patrons tracked delivery, online payment, online ordering and custom loyalty programs.

“Most dispensaries currently don’t have a way to compliantly transact online, broadcast accurate live menus and accept non-cash payments," Founder and CEO Koushi Sunder told Benzinga. "This makes it hard for customers to know what products are available for purchase or when the optimal time to stop by their local store is, ultimately degrading the purchase experience for both sides. Through live menu broadcasting, loyalty rewards and online payments, Stemless gives consumers direct access to what dispensaries are carrying. This helps dispensaries create an enhanced purchasing experience in a way that is compliant with all applicable state and local laws.”

Cura Cannabis Solutions announced that 10 percent of all sales on SelectCBD.com, its hemp-derived CBD e-commerce site, will directly benefit Realm of Caring (RoC) this April. RoC is an organization that aims to improve lives through research, education and advocacy around cannabis and hemp products.

“The movement toward broad acceptance, access, and normalization of cannabis can only be achieved with critical stakeholders on board,” a company representative told Benzinga. “For that reason, Cura is especially excited about RoC’s mission to advocate and spread educational information about cannabis – along with often misunderstood details about the endocannabinoid system – to health care professionals as well as families with life limiting diagnoses across the country.”

A recent study conducted by HelloMD and UC Berkeley provided further evidence to support the theory of cannabis as a substitute for opioid based medication. As per the results, 97 percent of patients enrolled were able to reduce the amount of opioids they use to treat their pain when they supplement their therapy with cannabis. In addition, 92 percent said they preferred cannabis to opioids for the treatment of their diverse medical conditions, 81 percent said they felt cannabis alone (with no opioid supplements) was more effective at treating those conditions, and 71 percent declared cannabis delivered the same pain relief as their opioid medication. 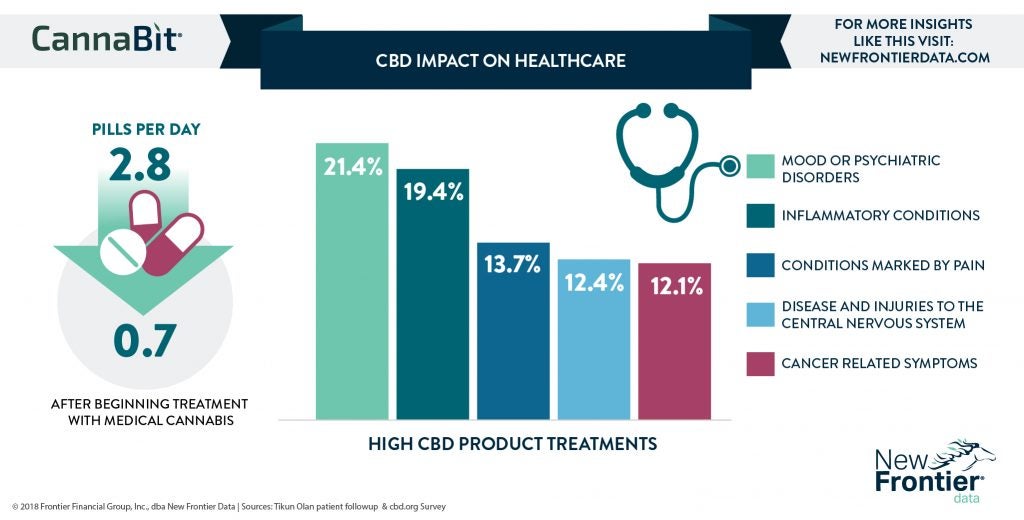 LeafLink, the largest B2B e-commerce platform in the cannabis industry, published a study showing that, both in 2017 and 2018, marijuana sales saw a far greater increase in volume of purchasing orders across the wholesale cannabis space than April. In an effort to capitalize on this effect, brands offered sales on March 20 to wholesale buyers, CEO Ryan Smith said.

During March of 2017, retailers on LeafLink placed orders that were 14 percent larger than their averages. While most would expect April to be the busiest month in terms of order sizes on the back of 4/20, March witnessed 24 percent larger orders than April – probably indicating retailers were building up stock. In March 2018, over $29 million in orders were placed on the LeafLink platform.

Arcview Market Research and BDS Analytics recently published a report that contended California’s heavy taxes and restrictive regulation may slow the degree to which the new adult-use cannabis market replaces illicit sales. As per the study, legal storefronts have a 77 percent handicap when competing with illicit market prices.

Interested in getting an inside perspective, Benzinga reached out to Shareef El-Sissi, CFO of the Garden of Eden dispensary in Hayward, California. “Unregulated delivery services are really undercutting our business,” he said. “I’ve had delivery services list their address as my address. They’re stealing customers out from under us while we’re playing by the rules, paying our taxes and operating with integrity.”

Interestingly, El-Sissi pointed out that the problem is much worse in Southern California as law enforcement has struggled with resources to properly police the illegal market.

“Customers don’t care because in many cases, they’re getting the same product for a cheaper price,” El-Sissi said. “This market is on track for such tremendous growth that we need to solve these problems now and wrangle in this wild West mentality because the utopian vision of regulated cannabis is at risk.”