Benzinga's Bulls And Bears Of The Week: AT&T, Apple, Tesla And More 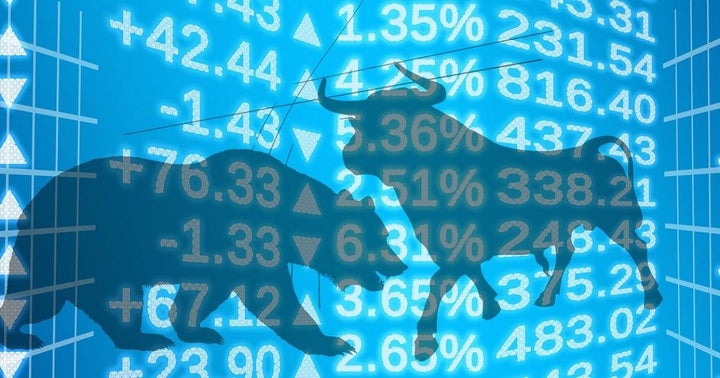 The big three U.S. equity indexes ended last week solidly higher, led by the more than 4% gain in the Nasdaq. This came despite continuing volatility, due in part to presidential tweets in the wake of his treatment for COVID-19. The week also saw the vice presidential debate, as well as news that an alleged domestic terrorism plot apparently was foiled.

Furthermore, an old-school conglomerate, a top bank and a video streaming leader all faced some bad news in the past week. Also, the iPhone maker confirmed the date of its next big event, and one equity index is rumored to be looking for a new home.

Through it all, Benzinga continued to examine the prospects for many of the stocks that are most popular with investors. Here are a few of this past week's most bullish and bearish posts that may be worth another look.

The tech rally may have hit a recent speed bump, but Apple Inc. (NASDAQ:AAPL) and other big tech stocks are poised for another move higher, according to Shanthi Rexaline's "Why This Wedbush Analyst Expects A Year-End Tech Rally."

In "Tesla Remains 'Misvalued,' Says SPAC King Palihapitiya," Neer Varshney is focused on how the Tesla Inc (NASDAQ:TSLA) company may be misunderstood and underestimated by analysts and investors. See why the increasingly crowded electric vehicle space is not a concern.

"Why Barclays Is Turning Bullish On 4 Retailers" by Jayson Derrick discusses one top analyst upgraded American Eagle Outfitters Inc. (NYSE:AEO) and some other mall retailers after a decade of bearishness. Is the positivity warranted?

"BofA Upgrades US Bancorp On Headwinds Giving Way To Tailwinds" by Priya Nigam reveals why recent activity could be signaling a strong rebound for US Bancorp (NYSE:USB) stock for the rest of the year.

For additional bullish calls seen in the past week, also have a look at these posts:

After stellar performances in the first half of the year, expectations for Netflix Inc. (NASDAQ:NFLX) are muted for the third quarter. So says "7 Worrisome Metrics That Underscore Risks To Netflix's Q3 Results" by Shanthi Rexaline.

Wayne Duggan's "Analyst: Cruise Industry On Life Support Heading Into Q4" shows why there appears to be little hope for improvement anytime soon for Carnival Corp. (NYSE:CCL) and its peers in the industry.

Be sure to check out Lloyd Blankfein Blames SPACs, Free Money For Bubble Territory and Fed Chair Powell On Economic Recovery: 'Still A Long Way To Go' for additional bearish calls from the past week.

Why This Apple Analyst Is Excited

When he was on CNBC's "Squawk Box" Wednesday, CFRA Research analyst Angelo Zino restated a buy rating on Apple Inc (NASDAQ: AAPL) for investors with a longer-term horizon. read more

Benzinga has examined the prospects for many investor favorite stocks over the past week. The past week's bullish calls included airlines, Chinese EV makers and a consumer electronics giant. read more