Judging By These Leveraged Funds, Consumers Are Still In The Economic Driver Seat 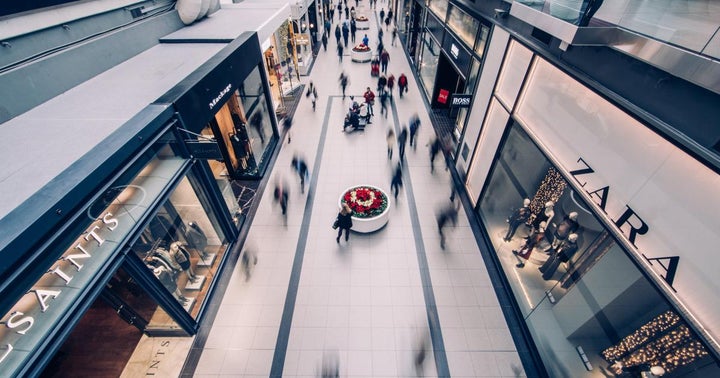 Although the ongoing market rally has seen a rotating assortment of threats and headwinds, the one constant that has pushed stocks higher is the resilience of the U.S. consumer. Monthly consumer expenditure reports from the Bureau of Economic Analysis consistently show annual spending growth between 3.5% and 5% over the previous year, historically solid results.

While this has certainly helped the broad market reach new highs, traders have seemingly focused their attention specifically on the American consumer’s loose pocketbook—some of the top-performing leveraged ETFs of the past year are consumer funds.

And there may be more growth ahead in the consumer sectors as retail and staples companies like Walmart Inc. (NYSE:WMT) PepsiCo, Inc. (NASDAQ:PEP) and Nike, Inc. (NYSE:NKE) gear up to report their fourth-quarter earnings in the coming weeks.

Up roughly 60% over the past year, the Direxion Daily Consumer Staples Bull 3X Shares (NYSE:NEED) saw a steady climb through much of 2019 that helped it end the year above comparable ETFs in the healthcare, utilities and real estate sectors.

That trend has remained steady in the initial weeks of 2020, with the NEED seeing a boost thanks to the strong January performance among key components like The Coca-Cola Company (NYSE:KO) and Mondelez International, Inc. (NASDAQ:MDLZ). And with more earnings inbound from the likes of Costco Wholesale Corporation (NASDAQ:COST) and Pepsi in the coming weeks, NEED may see additional momentum if these reports match the results shared among their peers.

Since the economic environment has managed to push the consumer staples sector higher, it should come as little surprise that consumer discretionary has shared a similar (though somewhat more volatile) trajectory.

This has put the Direxion Daily Consumer Discretionary Bull & Bear 3X Shares (NYSE:WANT) is up about 65% over the previous 12 months, helped in no small part by the strength in market behemoths like Starbucks Corporation (NASDAQ:SBUX), McDonald's Corporation (NYSE:MCD) and Amazon.com, Inc. (NASDAQ:AMZN).

Upcoming earnings from the likes of The TJX Companies, Inc. (NYSE:TJX), Target Corporation (NYSE:TGT) and Nike could place added momentum behind the sector since each company is coming off strong earnings beats from the previous quarter.

Of course, given the strength among the consumer staples and the fact that volatility has hampered growth among discretionary names, traders interested in the sector may want to hedge their bets. While the consumer might be driving the rally, there’s no telling when outside forces might put the bears behind the wheel.

Retail Stocks Set The Stage For Strong 2021, And Maybe This Leveraged ETF

If the past year has illustrated anything about the U.S. economy, it’s that most Americans are still willing and eager to spend their money on necessary or luxury items, even in times of great uncertainty and stress. read more

Last year gave new prominence to online and digital workarounds to traditional in-person office jobs. But while the rise of remote work and its effects on 21st century labor are still being litigated, the undercurrents of the digital revolution have continued to irrevocably change how companies and government institutions view and budget for IT and cybersecurity expenses. read more

Tesla (NASDAQ: TSLA) is getting ready to enter the S&P 500 and with its market capitalization of $527.23 billion as of the Nov. read more

Turning Growth Up A Notch Is Paying Off With This ETF

For years now, investors have heard plenty about the wide gap between growth and value stocks. Put simply, the former is trouncing the latter and the trend is continuing this year. read more