The S&P 500 was largely flat in June, but that didn't stop retail investors from remaining very bullish according to one measurement.

TD Ameritrade's Investor Movement Index (IMX), which tracks the monthly investment behavior among TD Ameritrade clients, showed that in June, for the fifth month in a row, TDA clients were net buyers of equities. The index also reached an all-time high of 6.58 during the month, indicating that investors are at their most exposed to the stock market since the index began in 2010.

Despite the volatility in large-cap tech stocks following a Goldman Sachs Group Inc (NYSE:GS) note that suggesting their growth resembled that of the stocks of the 90s tech bubble, TD Ameritrade investors took the drop as a buying opportunity.

Amazon.com, Inc. (NASDAQ:AMZN), Apple Inc. (NASDAQ:AAPL), Facebook Inc (NASDAQ:FB), and Microsoft Corporation (NASDAQ:FB) were all net buys among TDA investors, even though they all experienced a loss of between 4-8 percent during the month. The buying seemed to mimic Wall Street's general sentiment, as most of the those had recovered by the end of the month.

Other volatile tech stocks that were net buys, apart from the notorious FAAMG stocks, were Advanced Micro Devices, Inc. (NASDAQ:AMD), which fluctuated sharply throughout June but ended more than 13.5 percent higher by July, and Shopify Inc (US) (NYSE:SHOP), which fell by 7.8 percent over the course of the month. Tesla Inc (NASDAQ:TSLA) also garnered attention as it hit an all-time high during the month.

Bank of America Corp (NYSE:BAC) and Citigroup Inc (NYSE:C) were among those stocks net sold over June. The sell-off in the two banks occurred despite the Federal Funds Rate hike and the fact that all the banks passed the Federal Reserve's stress tests. These events over the course of June led to Bank of America's and Citigroup's stocks rising by 7.5 percent 10.5 percent respectively.

American Airlines Group Inc (NASDAQ:AAL), which peaked at a two-year high above $50 and registered a record year-to-date passenger traffic volume in June, also saw profit taking and was a net sell in the month.

Joining the performers among the net sold stocks were also familiar sellers among the consumer brands, including Newell Brands Inc (NYSE:NWL) and Bristol-Myers Squibb Co(NYSE:BMY), which both traded flat through the month, and Arconic Inc (NYSE:ARNC) which dropped by more than 17.5 percent in June.

5 Sectors Millennials Prefer To Consumer Goods, And The Stocks That Prove It 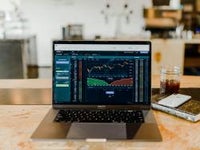 Round two of big bank earnings looked a lot like round one: A knockout. It’s nice to not only see good earnings, but optimistic views going forward, which is very important this particular reporting season. read more 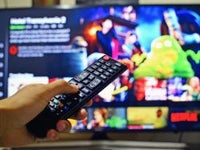 Other than earnings, we’ve had almost no numbers to crunch so far this week. That changes starting today.  read more

Despite Bumper Earnings, Banks May Lag Rest Of Market Amid Lower Treasury Yields

After another record-setting day in the stock market yesterday, it looks like things may start off a bit more subdued today. But the bias nonetheless appears to continue to be to the upside a day after the Dow Jones Industrial Average ($DJI) crossed into 34,000 territory for the first time. read more 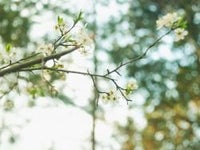 The battle of the bands that’s played all year—growth vs. value—could keep blasting away in April as investors ponder rising Treasury yields, a reopening economy, and a Fed that’s staying on the sidelines. It’s a bit of a tug-of-war. read more