Camping World Holdings Inc CWH CEO Marcus Lemonis offers advice and capital to struggling small businesses on the CNBC show “The Profit.” On Thursday, he did the same for two of Detroit’s youngest entrepreneurs.

Brothers Undra and Austin Mack, 12 and 11, respectively, were one of several entrepreneurs called onstage by Lemonis during his appearance at the JPMorgan Chase & Co. JPM-sponsored Detroit Startup Week.

The Macks have multiple business concepts: Apply It, a tech company; C-Call, a platform that would allow bystanders to record video when a crime is in progress and call the police or a family member in the app; a lawn service; and a book about business, “Mack Brothers Lawn Service.”

The book is meant to inspire youth to interact with other people rather than a TV and to make the best use of their summer, the brothers said.

Lemonis ordered 10,000 copies on the spot — and handed his credit card to an audience member so an internet domain with the brothers’ name could be purchased.

“There’s no tool out there for kids to understand the simplicity and importance of business,” he said. 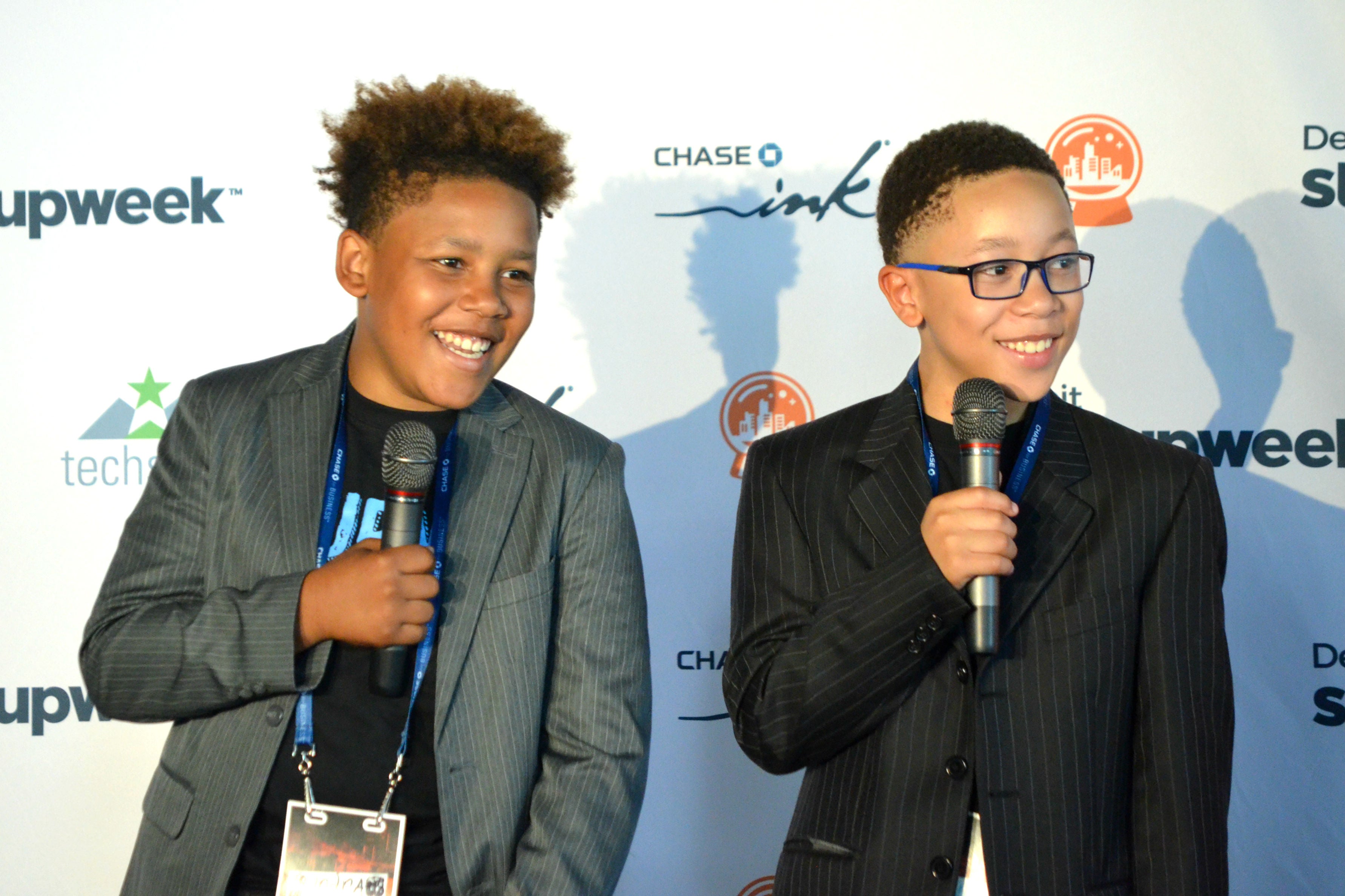 After the 2008 market crash, the nine banks involved in Camping World’s debt said it was being foreclosed, Lemonis, 44, told the audience of mostly small business owners.

Camping World was uniquely exposed to the weak housing and automotive markets at the time, Lemonis said: “The business I’m in basically takes a house and puts it on wheels, which makes it even worse.”

The CEO wrote a late-night email to a Chase executive in an attempt to prevent foreclosure. When Lemonis awoke, the executive had replied and pledged to investigate the matter — and told Lemonis nobody wants to see a business close, and that he deserved a chance.

Camping World went on to survive the Great Recession, and in 2016, raised $251 million in an IPO.

'A Chance To Be Better'

Business has been a neutralizing force in Lemonis’ life, one that he said has included childhood sexual abuse by a family member, an eating disorder and two suicide attempts.

“It was the thing that gave me a chance to be better,” he said. I was looking for that leg up on everybody else that wasn’t my friend. I used to walk around school telling kids, ‘I may not be athletic, but I’m really good at math.’”

The CNBC star said he decided to start investing in small businesses after a reality check from his late mother Sophia, who made him sell his Bentley and flashy home and help others.

“When you invest in a small business, you’re not actually investing in the business itself,” Lemonis said.

“That’s the part I think everybody misses. You’re investing in the person.”

Alibaba Links Entrepreneurs With China, A Market Jack Ma Says Can't Be Ignored: 'You Will Miss The Future'