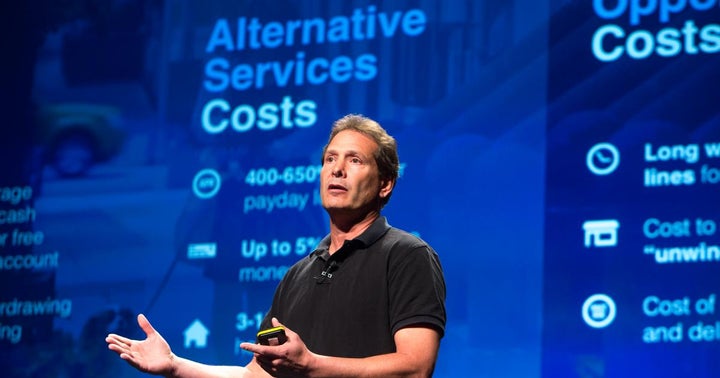 On 'Extremely Robust Relationship' With Regulators

“It wasn’t an acrimonious divorce or anything like that,” Schulman said in the interview.

PayPal was one of the first to bow out of Facebook’s Libra Association in October, with other major partners including Visa Inc. (NYSE:V), Mastercard Inc. (NYSE:MA), Stripe, and eBay Inc. (NASDAQ:EBAY). The Libra Association announced twenty eight Founding Members, including companies like Andreessen Horowitz, Thrive Capital, Uber Technologies Inc (NYSE:UBER), LYFT Inc (NASDAQ:LYFT), and others when the project was revealed in June.

Schulman further suggested PayPal will continue to monitor Libra’s progress and look out for any opportunity to work together in the future.

“[We] have an extremely robust relationship with every regulator out there. We are extremely trusted on that. That wasn’t really what spooked us on it,” Schulman told Fortune.

According to Schulman, blockchain technology is “intriguing,” but to be able to find a broader consumer base, it needs to do what the traditional systems can’t do efficiently.

Schulman mentioned that cryptocurrencies offer little advantage over traditional banking at the moment.

“On the crypto side, it’s still very volatile, and therefore, we don’t have much demand for it by merchants because merchants operate on very small margins," he said.

The cryptocurrencies are still too volatile to replace actual cash, Schulman said. Any cost advantage they have is offset by the fee to convert the cryptocurrency into fiat.

“We think a lot of the neat stuff that can happen on blockchain is around identity,” Schulman told Fortune.

PayPal has a team working on an unnamed cryptocurrency and blockchain technology project in-house, as its chief financial officer John Rainey told Yahoo Finance in May.

Schuman didn't provide any details on that but said that the project isn’t in direct competition with Libra.

In response to a question about owning any cryptocurrency, Dan confirmed that he owns "only" bitcoin.

Bitcoin (BTC) proponents are calling the drubbing the apex cryptocurrency received over the last two days as “necessary” and “healthy.” read more

Recap: Eight Events That Drove The Bitcoin Economy In 2019