These Are The Cannabis Industry's Biggest Tricks and Treats So Far 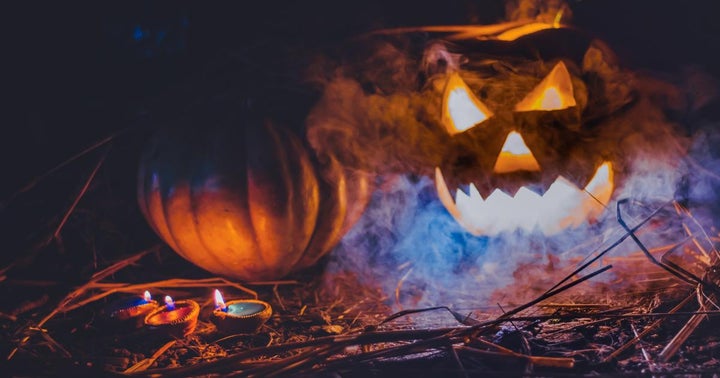 Halloween is almost here. As costumed revelers prepare for a weekend of celebrations, the cannabis industry readies for the beginning of the holiday shopping season just around the corner.

Green Wednesday, Black Friday and December holiday shopping sales dominate the collective minds of business operators. However, Halloween is a time to possibly see sales spike around edibles, but also as a moment to look back at the industry's tricks and treats so far.

While the market's growth is sweet, many sources that spoke with Benzinga say federal reform remains a trick no American should continue to endure.

Overall, respondents steered clear of calling any cannabis companies tricks or treats in recent years. Instead, most focused on the market and legislative developments across much of the U.S.

Green Chip Stocks founder Jeff Siegel said the industry's development is happening thanks to state-level legalization, something he didn't expect to occur so quickly but is happy to see.

Siegel, a fan of infusing his own chocolates, added, "I honestly thought it would take much longer to get to where we are today."

Some states are seeing the benefit of expanded cannabis reform. Roger Bloss, CEO of MJ Holdings Inc (OTC:MJNE), said the shift from medical to adult-use was a treat for Nevada.

"Medical cannabis alone could not serve the hospitality and tourism sector in Las Vegas," said Bloss, a black licorice fan.

In October 2021, a Nevada Cannabis Compliance Board (CCB) and state tax department report found that Nevada sold over $1 billion in medical and adult-use products between July 2020 and June 2021.

Along with certain states, U.S. MSOs are on the rise. Michael Sassano, CEO of Somai Pharma, said the emergence of profitable American brands was sweet for the marketplace.

"The emergence of true companies that rival corporate American standards is the biggest thing to bring credibility to the cannabis industry over the last four years," he stated.

"Companies with values that consumers identify with and brands that are familiar to them will attract the most retail investors," said Pina, a fan of candy corn, but only for decorative purposes.

She said companies should focus marketing funds on building brand consistency and loyalty to secure their market share. If successful, the company should attract retail investor attention.

Pina added that industry rewards are still on their way. "The most significant stock treats for the cannabis industry are still yet to come."

Virtually every source said that the lack of federal reform has been the most significant industry trick so far. While many predicted that reform would drag out, sources registered their disappointment.

"Not only has almost every state legalized cannabis to some extent but there is over $17 billion in unbanked revenues; still, the federal government has not moved the needle to provide safe banking for all, at minimum," Sassano explained, adding that he believed Democrats taking all three houses would sway reform, but that hasn't been the case.

"They could easily have passed basic decriminalization and banking but chose to sink the entire market by producing nothing but hot air and indecision," Sassano said, noting that circumstances temporarily scared some investors away.

Bloss believes one side of the aisle wants to legalize while the other doesn't, causing a seemingly endless back-and-forth in the news.

Bloss added that the struggles he's dealt with as a CEO make his job more difficult.

"It hinders us, for example, when deciding to create a full vertical to cultivate, process, distribute, and dispense cannabis. If I'm going to invest in cultivation, distribution, processing, and dispensing, timing is ultimately key," Bloss said.

As such, Pina considers companies with strategies tied to regulations as some of the market's biggest tricks.

"Changes take longer than anticipated—that is, if the desired change is ever achieved at all," she noted. Pina said she prefers companies with a business model that can pivot on short notice.

Photo by Rahul Pandit from Pexels

What Is The Most Expensive Weed In The US?