As Millennials Pivot From Booze To Buds, The Beer Industry Strikes Cannabis Partnerships

The news of Constellation Brands, Inc. (NYSE:STZ), producer of beers such as Corona and Modelo, increasing its stake in Canadian cannabis company Canopy Growth Corp (NYSE:CGC) with a $4 billion investment is only the latest link between companies in the business of a buzz.

The interest in cannabis-infused beverages comes as beer sales are falling:

Beer has fallen out of favor as consumers gravitate toward wine, which is seen as a healthier option; spirits; and weed.

The generation behind millennials, primarily the 21-25 age group, have put their weight behind cannabis rather than alcohol, according to Forbes.

Forbes highlighted research by the OutCo-Monocle Research Combine that suggested 51 percent of survey participants intended to swap alcohol for cannabis ahead of the legalization of recreational marijuana in California. 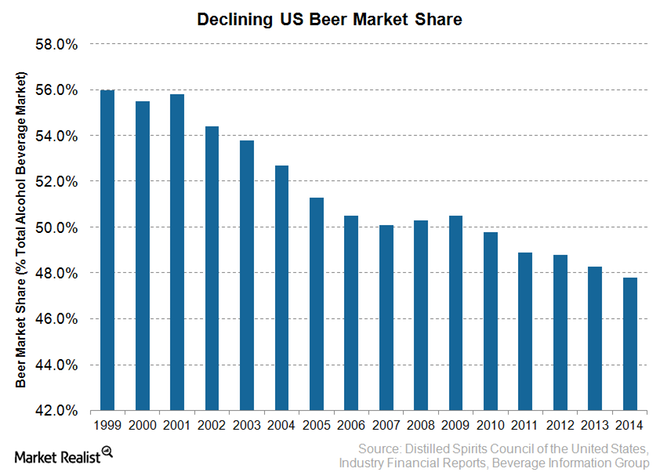 Incidentally, Canada is close to legalizing recreational marijuana nationwide. Cannabis edibles and beverages, however, aren't expected to be legalized until 2019.

"The new company will combine the proven beverage experience of Canada's leading brewer with a recognized innovator in the fast-growing cannabis sector to explore the highly anticipated consumable cannabis market, which is expected to be legally permissible in Canada in 2019," the companies said.

Also joining the bandwagon is Heineken N.V. (ADR) (OTC:HEINY), which through its Lagunitas unit, has launched Hi-Fi Hops, a cannabis-infused sparkling water. This is to be sold through a few dispensaries in California, where recreational marijuana is legal.

The company claims the product has zero alcohol, zero calories and zero carbs, and it comes in two versions: a 10-mg version with tetrahydrocannabinol and another with 5mg of THC and 5mg of cannabidiol, the non-psychoactive component of the cannabis plant.

For marijuana companies, the tie-up with big beer companies provides access to big capital. Retail investors have powered the marijuana industry up to this point, as institutional investors stay on the sidelines due to the uneven legislation across the country.

Cannabis-induced beverages are likely to disrupt the alcohol industry. States where recreational marijuana has been made legal have seen a 13-percent drop in binge drinking per month, the Inlander said, quoting cannabis analyst Vivien Azer.

Related Link: The Cannabis Industry's Go-Public Frenzy: A Chat With Companies That IPOed This Year

From a health care perspective, this is a welcome development given alcohol's role in liver cirrhosis deaths.

Six out of 10 consumers of marijuana to prefer to consume it as an edible product, the Globe and Mail reported, citing Deloitte. And in the edible category, the accent is likely be on beverages.

Cannabis investors can't afford to miss the Benzinga Cannabis Capital Conference on August 17, a premier gathering of investors and entrepreneurs painting an honest picture of the opportunities and challenges in cannabis investing. Space is limited — get your tickets before they sell out. 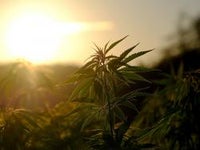 Pot stocks have been trading higher on the heels of Joe Biden being announced as the 2020 presidential election winner. The five states that passed legalization for adult-use cannabis and medical cannabis also bolstered the market. Today, we take a look at two of the hottest pot stocks on major exchanges in the United States. read more 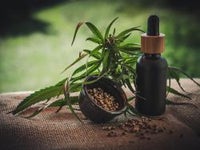 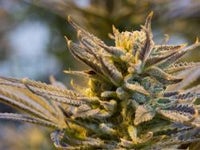 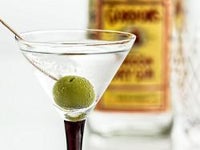