4 Tech Stocks That Are Showing Signs Of Life Right Now

New year, new market? The disaster that was Q4 may have shaken investor confidence in 2019, but U.S. equities have started the year with three out of four up days.

Whether this is a sign of an all-out reversal or merely a short-term bounce remains to be seen, but the "mini-rally" for tech investors the past couple of weeks have provided a much-needed reprieve.

The Technology Select Sector SPDR Fund (NYSE:XLK) was down 18 percent in the fourth quarter of 2018 as nearly the entire sector closed the year on a down note. Some of those stocks, however, have begun to show signs of life in recent days. Using predictive software VantagePoint Software, which uses artificial intelligence and machine learning to predict trend changes 1-3 days in advance with up to 86 percent accuracy, we can find which stocks look primed to go higher through the end of this week.

The platform has highlighted the following four stocks that may have begun bullish uptrends this week.

Advanced Micro Devices, Inc. (NASDAQ:AMD) was the darling of Wall Street last year…until September came. The stock rose 240 percent to an all-time high of $34.14 before giving back half those gains. But according to VantagePoint, the stock now finds itself in an uptrend. The chart below has two moving averages: a predicted moving average (blue) and 10-day simple moving average (black). When the blue line crosses above the black, that signals the beginning of a new uptrend. That's exactly what happened on Monday.

The red-green bar at the bottom of the chart, a predictive neural index that forecasts strength or weakness over a 48-hour period, confirms that the stock will likely continue to rise barring any fundamental news. 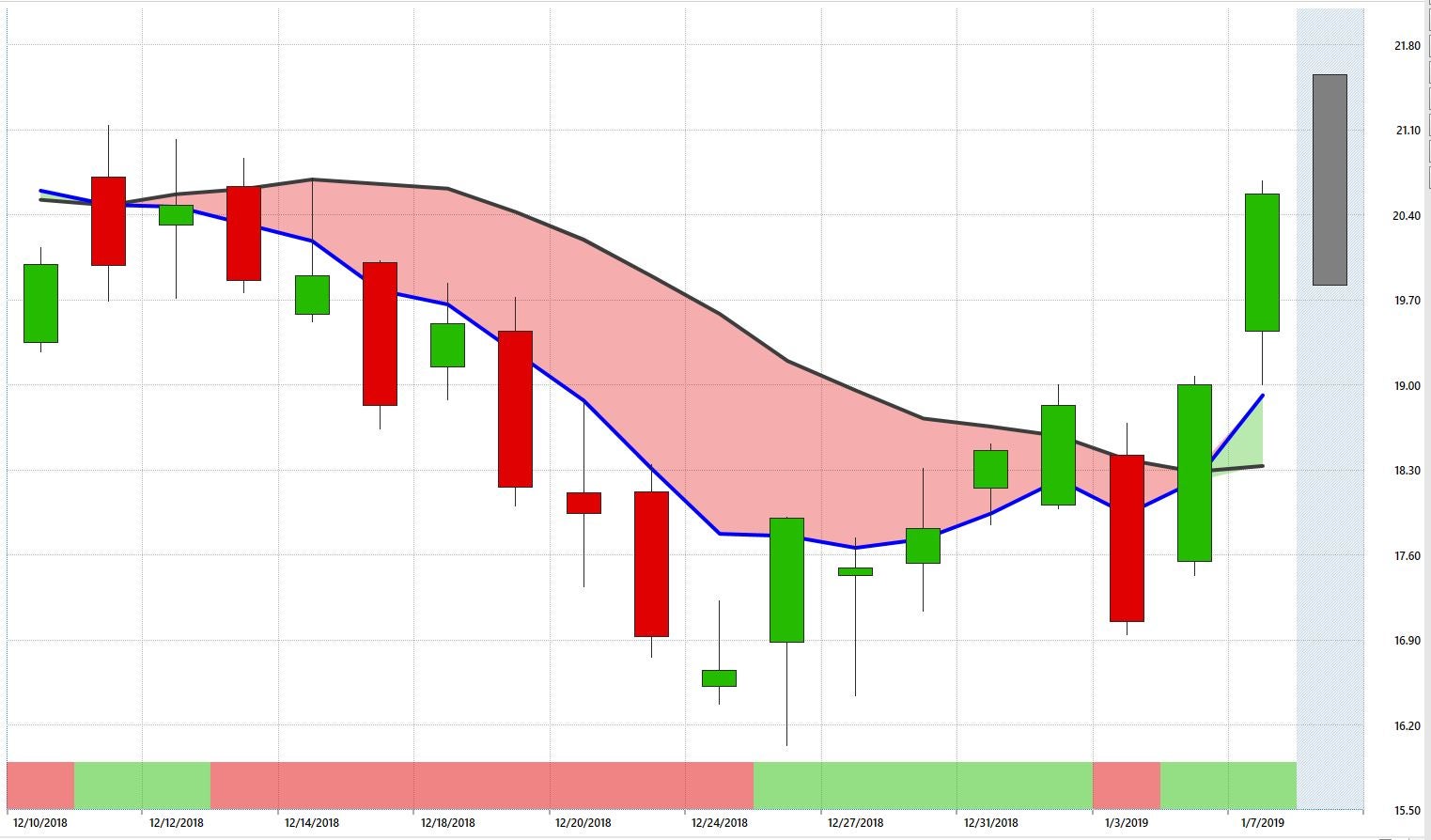 Electronic Arts Inc. (NASDAQ:EA) had an absolutely brutal second half of 2018. After hitting an all-time high on July 9, the stock proceeded to fall by more than 50 percent in the next six months.

This one has the same story as above. The blue predicted moving average crossed over the black simple moving average on Friday, and since then the stock is up 12 percent. With Tuesday looking like it'll be another up day, shares of EA are at their highest point since early November. 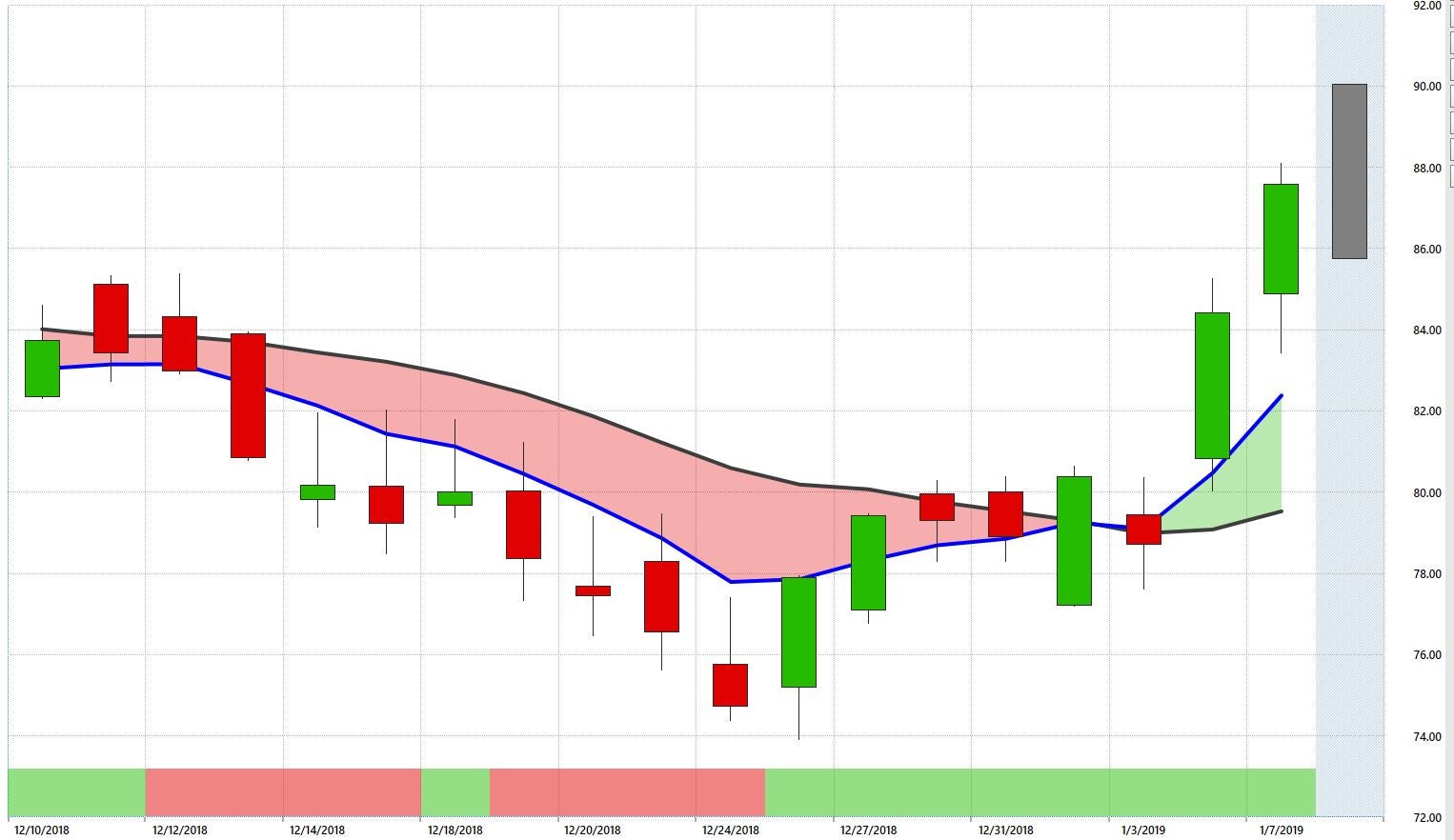 Yes, we’re calling Tesla Motors Inc (NASDAQ:TSLA) a tech stock—sue us. They may make cars, but Tesla’s valuation suggests the market values it more like a technology company for their ability to design batteries and self-driving cars.

And despite the crazy year, Tesla has had in the headlines, the stock has actually managed to outperform the broader market of late. Despite a downtrend to end the year, TSLA still finds itself $80 off its lows of 2018. With the predicted neural index turning green on Monday, that signals to us that the stock should continue to move higher. 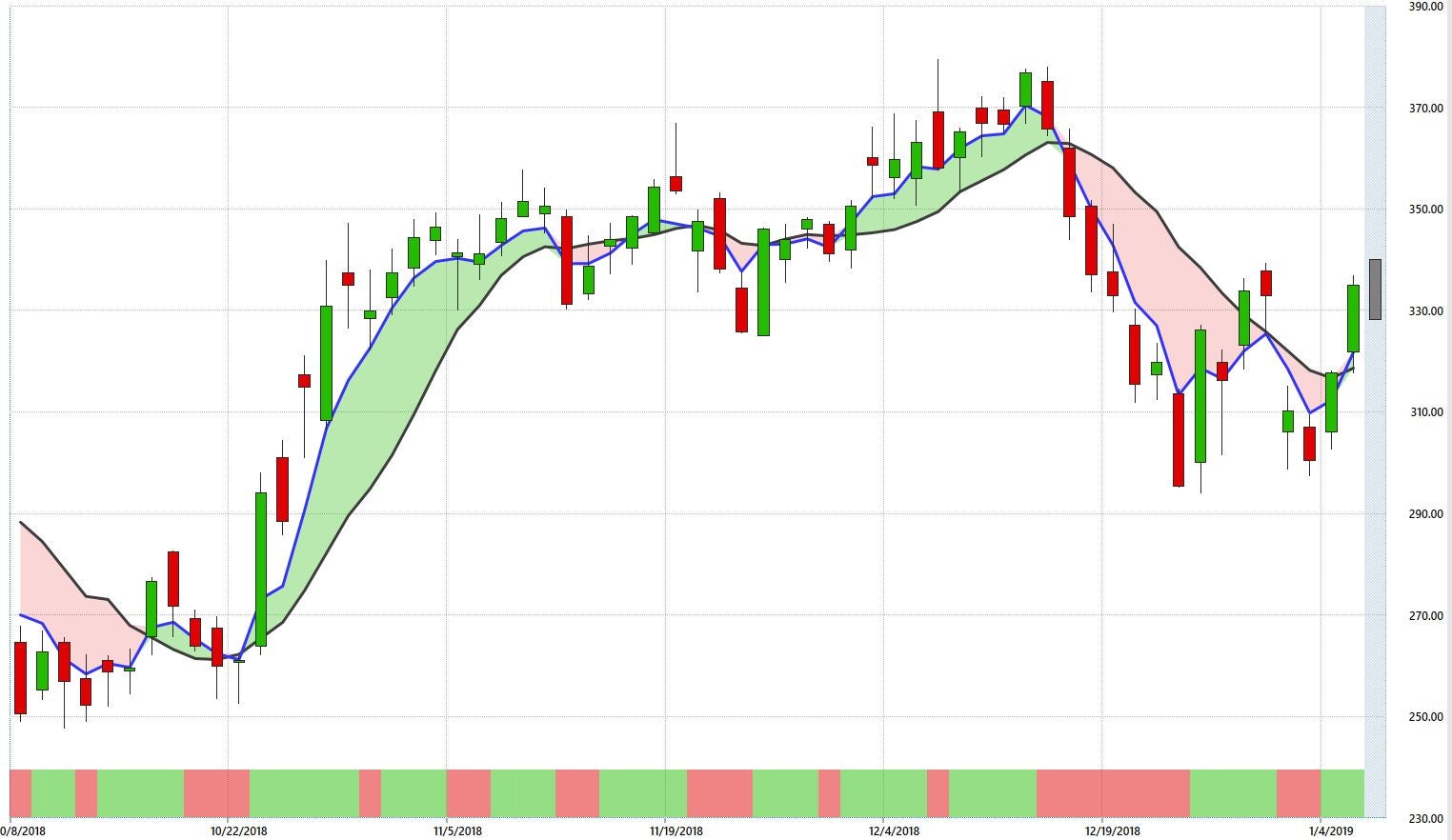 Nuance Communications Inc. (NASDAQ:NUAN) is a little bit of a lesser-known name, but since having a bullish crossover on December 31 the stock is up nearly 8 percent. Though the stock got hit hard with the rest of the market in Q4, the six-day green streak tells us that it's building some momentum upward. 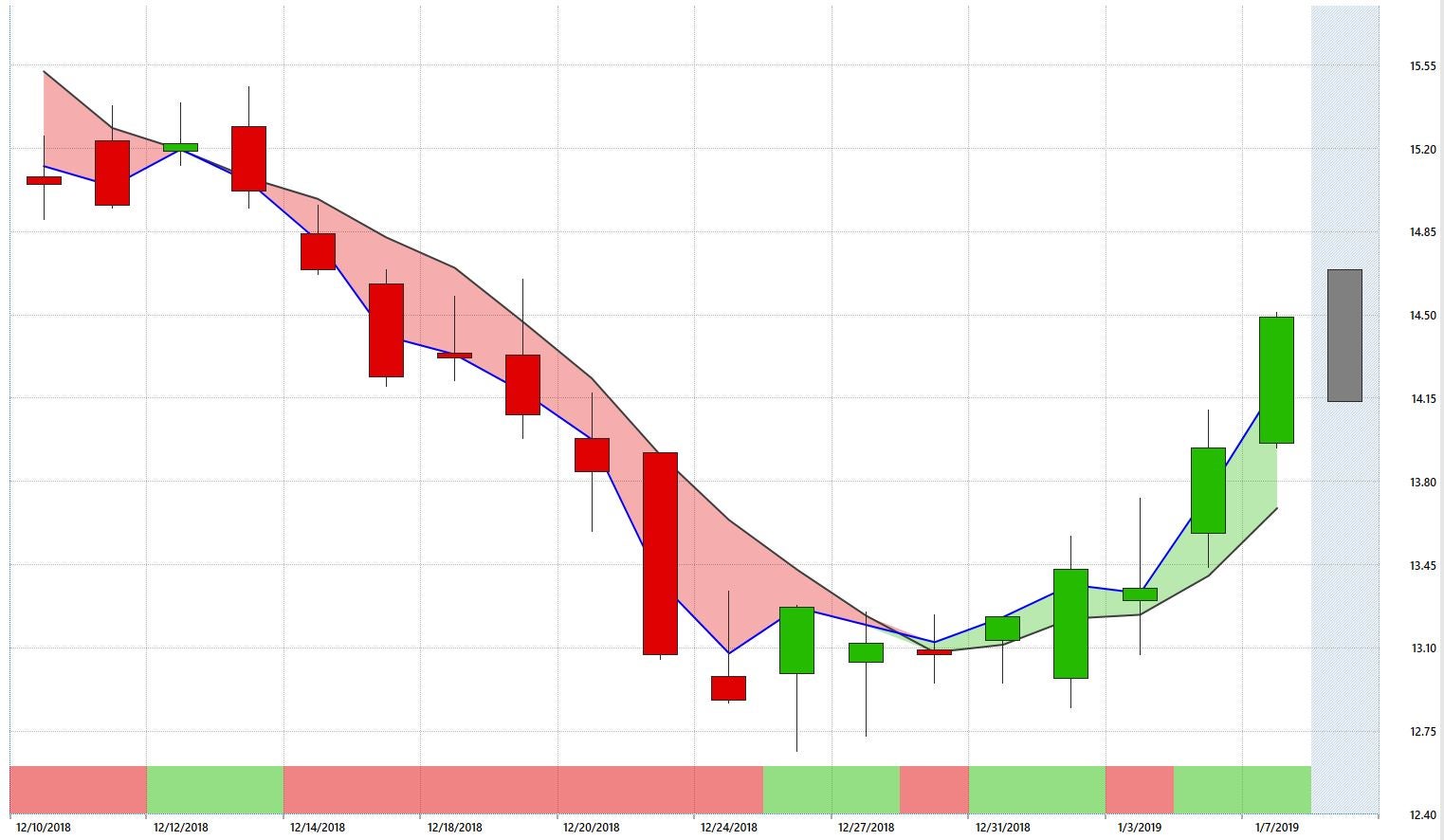 Should Microsoft Try To Acquire AMD, Nvidia or Micron In 2021?

The New York State Teachers’ Retirement System, one of the largest public pension funds in the United States, has piled on shares of Tesla Inc (NASDAQ: TSLA) and Charles Schwab Corporation (NYSE: SCHW), according to read more

Will AMD, Nvidia Or Intel Stock Grow The Most By 2022?