From Truck Stops To Wall Street

No one would have guessed that Jack Weyland was destined to be an investor. As a college dropout, Weyland was forced to settle for a job as a truck driver.

But as luck would have it, Weyland had a knack for picking biotech and health care stocks. Using a laptop and a wireless Internet card, he used his off time (during mandatory rest stops) to research the stock market.

Matthew Schifrin, the author of “The Warren Buffetts Next Door,” said that Weyland has slowly transformed himself into an expert on biotech stocks using a number of Web resources.

“On Marketocracy.com, his average annual return (as of the time I wrote my book) was about 36% on average per year, investing in biotech stocks mostly,” Schifrin told Benzinga during a recent interview. “When you start asking him specifics about drugs and pharmaceuticals and biotechs, he has this amazing ability to recall financial detail, and detail about drugs and FDA trials. He’s become an outstanding investor.”

Schifrin, who serves as the Vice President and Investment Editor at Forbes, interviewed several Average Joe investors before narrowing his list down to the 10 best.

“There’s a guy, Kai Petainen,” Schifrin said. “He’s a computer lab manager at the University of Michigan’s business school. I call him the Sorcerer’s Apprentice because Kai soaked in what the professors at the school were talking about for years.”

Petainen dedicated his spare time to researching academic theories. This allowed him to create his own formula for quantitative investing.

“He has screens for stocks based on certain quantitative properties,” Schifrin continued. “He’s become an outstanding investor. He’s created nine portfolios on Marketocracy.com and I believe all but one of them has far outpaced its benchmark.”

What does Wall Street think of their success? “One of the people I wrote about in my book was offered a money management job at a major asset manager,” Schifrin revealed.

To hear more from the Forbes VP and Investment Editor – including the story of a man who turned $100,000 into more than $3 million – don’t miss Benzinga’s full interview with Matthew Schifrin:

Low float stocks can be some of the most volatile stocks in the market. If you mix in a short squeeze, the potential short-term gains in a low float stock can be extreme. read more 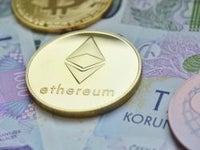 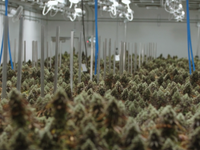 Sundial Growers Nears The End Of A Pattern ... A Break Potentially Moves It Higher 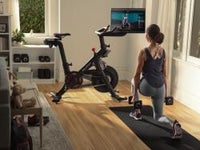