bySpencer Israel
December 18, 2019 7:15 am
Advertiser Disclosure The following post was written and/or published as a collaboration between Benzinga’s in-house sponsored content team and a financial partner of Benzinga. Although the piece is not and should not be construed as editorial content, the sponsored content team works to ensure that any and all information contained within is true and accurate to the best of their knowledge and research. The content that follows is for informational purposes only and not intended to be investing advice. 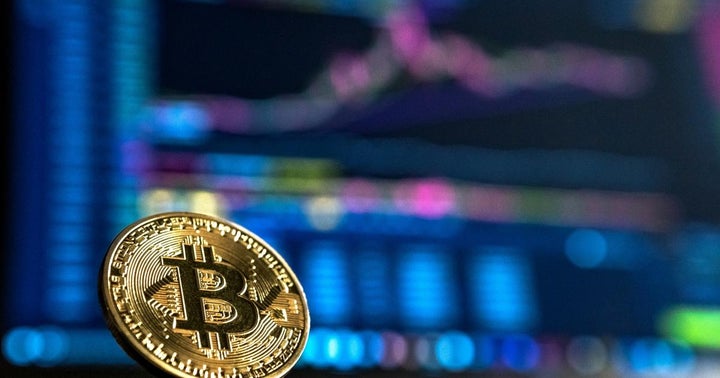 The following post was written and/or published as a collaboration between Benzinga’s in-house sponsored content team and a financial partner of Benzinga.

Executives from 25 OTC-traded companies in the consumer and materials sectors recently gathered together for the largest Virtual Investor Conference of 2019. We compiled highlights from a select few that are trying to capitalize on some emerging products and asset classes in 2020.

Grayscale Bitcoin Trust (BTC) (OTCQX:GBTC), the investment trust that holds bitcoin, remains one of the most popular ways to trade bitcoin, despite the crypto’s weak 2019 and the introduction of several other derivative products.

With over $9 billion worth of shares traded through November, GBTC is the second-most actively traded security on OTC Markets in 2019. Although Grayscale manages roughly $2.6 billion in assets among its 10 cryptocurrency-backed products, GBTC, which launched in 2013, is by far its largest and most active.

Grayscale’s first-mover advantage in securitizing bitcoin helped it gain mainstream attention during bitcoin’s great rally of 2017. The company recently filed a Form 10 with the SEC which, if approved, would make GBTC the first digital currency investment to be registered as an SEC reporting company, opening the Trust up to more institutional investors.

“We’re seeing now a real institutionalization of the digital currency asset class, as well as a lot of infrastructure being built around digital assets like bitcoin,” said Michael Sonnenshein, managing director at Grayscale Investments. “We’re seeing regulators weigh in on digital currencies and ensuring that the right investor protections are in place…we’re seeing legacy financial institutions like Fidelity launching digital currency custodial businesses…these are some of the signals that are super exciting for the investment community.”

G5 Entertainment AB (OTCQX:GENTF) develops and publishes free-to-play family-friendly mobile games. There are over 2.1 billion gamers worldwide today, and mobile gaming has more players and is the fastest-growing of any other segment of the gaming market. Global revenues are expected to reach $91 billion by 2021 with a compounded annual growth rate of 13%.

According to Co-Founder and CEO Vlad Suglobov, G5 Entertainment has increased revenues by 8.5x since 2013. 54% of G5’s revenue—which the company generates via in-app purchases that enhance gameplay—come from North America, he said, while 26% come from Asia.

The key growth driver, however, lies in a demo that Suglobov says is surprisingly sticky. “The biggest part of our audience is actually women 35-plus. We see that segment as one of the most underserved, interesting, loyal, and the biggest consumers of the types of games we make,” he said.

President and CEO Robert Schermer discussed several catalysts that the company expects will drive growth in 2020, but the most important seems to be the rollout of Wendy’s breakfast. This is the fast-food chain’s fourth attempt at launching a breakfast menu to compete with the likes of McDonald’s Corporation (NYSE:MCD) and Dunkin Brands (NYSE:DNKN).

“What is different in this opportunity for breakfast is Wendy’s has set a very low break-even point for franchisees,” Schermer said. “They’ve really simplified the operational execution with a drive-thru focus, which is really our strong suit in this business. And it is a national launch. Where in the past we’ve gone by regions…this is the entire system going in on breakfast. I do think we’ll get our fair share of the market.”

Schermer said they expect breakfast to generate between $27-$32 million in sales for Meritage in 2020.

To view the full presentations from Grayscale, G5, and Meritage Hospitality, or any other of the 25 companies that presented, click here.

The preceding post was written and/or published as a collaboration between Benzinga’s in-house sponsored content team and a financial partner of Benzinga. Although the piece is not and should not be construed as editorial content, the sponsored content team works to ensure that any and all information contained within is true and accurate to the best of their knowledge and research. This content is for informational purposes only and not intended to be investing advice.