PreMarket Prep Goes To The Movies: A Technical Analysis Of Cinemark, Imax 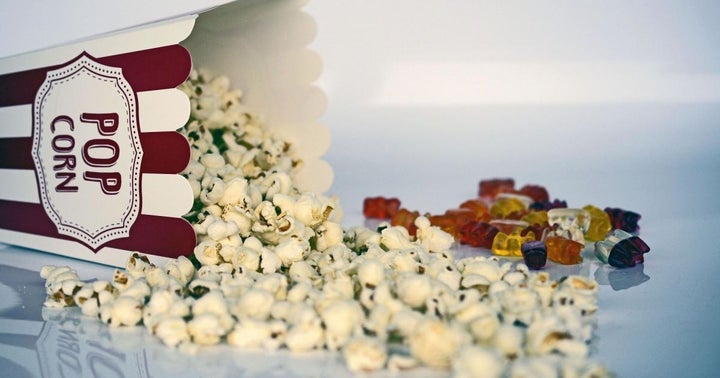 Some Wall Street ratings changes are interesting, and some are really interesting.

Wednesday's downgrade by Goldman Sachs of both Imax Corp (NYSE:IMAX) and Cinemark Holdings, Inc. (NYSE:CNK) to Sell — with all of Wall Street focused on AMC Entertainment Holdings Inc (NYSE:AMC) — tops them all.

These issues are the PreMarket Prep Stocks of the Day, and we're analyzing them from purely a technical standpoint.

The Rationale For Cinemark, Imax Downgrades: Without delving too deep into the fundamentals of the companies, Goldman Sachs analysts stated their views in simple terms.

Although the "reopening trade" has strong momentum, the firm "expects the domestic box office recovery to be more limited than what is currently being priced in."

On a relative basis to other issues in Goldman's coverage area, the sell-side firm said there are potentially other companies that will have a better return based on current risk factors.

The Street's Reaction To Imax: While AMC surges to uncharted territory, Imax Group is in the red, down 1.97% at $21.85 at last check Wednesday.

The price action may not truly reflect how investor sentiment moving forward.

Before Wednesday’s downgrade, the issue made six consecutive lows in a small area ($21.40-$21.55). This can be a signal of patient stock accumulation by large investors who are sticking with their price.

One rule of technical analysis is that old support may become new resistance. After a much lower open Wednesday ($21 vs. $22.74), Imax continued lower but caught a bid just above its May 20 low ($20.57) at $20.64 and sharply reversed course.

This may indicate there are still some large buyers in the issue and the discount afforded to them by downgrade is allowing them to purchase shares at an average price lower than originally targeted.

It should be noted that the issue has rallied over $1 off that low and has continued to make new highs for the session, changing hands at $21.95. Whether this a "dead cat bounce" or resumption of the uptrend is yet to be determined.

The Street's Reaction To Cinemark: In Wednesday’s session, there is a “buy the dip” mentality in shares of Cinemark Holdings. Although the issue did not have a major support area to focus on, similar to Imax, it did fnd support in a familiar area.

AMC Entertainment Holdings Inc. (NYSE: AMC), which raised $587.4 million in additional capital through a stock offering on Thursday, is playing the "game" a lot better than GameStop Corp. read more

How And Why Did The Stock Market Crack This Week?

During one of the most intense earnings weeks of the season, all of Wall Street and most of America has been focused on another incredible investing drama unfolding on an hour-by-hour basis. read more

Why Short Sellers Help Keep The Stock Market In Check: 'Pricing Mechanism Is Broken' Without Them

TSLA: Dogecoin Creator Says This Is The 'Ultimate C*ap Coin — ' And For A Good Reason