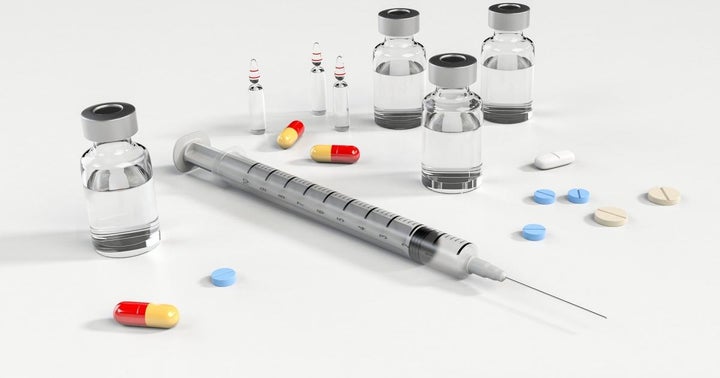 The report polarized investors and the sell-side alike as they debated the pros and cons of a potential combination.

A report in The London Times suggested a union is unlikely, as AstraZeneca is focused on its promising oncology pipeline and its recent coronavirus vaccine program.

An M&A deal at this juncture and at such a scale would serve a distraction from these focus areas, the report said.

Investors Skeptical Of Deal: The odds of AstraZeneca buying Gilead over the next 12 months is about 33%, Mizuho Securities analyst Salim Syed said, citing a survey of investors that are predominantly hedge funds.

When asked about the maximum price AstraZeneca could pay for Gilead, respondents on average suggested a $102-per-share price could be in offing. An average of $98 was what investors said is the minimum price per share Gilead should accept from AstraZeneca.

Mizuho has a Buy rating and $81 price target for Gilead shares.

A Collaboration Rather Than M&A Makes Sense: A collaboration is a better move than an acquisition, Novasecta's John Rountree told CNBC in a video interview.

The pharma industry is rife with collaborations such as GlaxoSmithKline plc's (NYSE:GSK) tie-up with Sanofi SA (NASDAQ:SNY) and AstraZeneca's vaccine collaboration with the Oxford University, he said.

That seems to be the way forward rather than stitching up mega mergers, giving scope for using complementary strengths, Rountree suggested in the interview.

Rountree also said R&D suffers during an integration: with a lot of committees, governance and protocols, it gets more complex and more confused.

"With R&D you need a lot of collaborations. You need to keep your talent, which always gets distracted by mergers and acquisitions. So, I think, there is a problem, with scaling up too big for these companies," he added.

Gilead Won't Settle For Anything Less Than $100/Share, RBC Says: Gilead's size and improving strategic direction under new leadership will likely create hurdles to a deal of this magnitude actually getting done, RBC Capital Markets analyst Brian Abrahams said in a note.

"With GILD's mkt cap of $96B and AZN at $140B, we see this hypothetical transaction as potentially one of the largest in recent memory," he said.

All of these will continue to drive steady, low-risk, long-term cash flows, the analyst said.

"With recent stock/sector appreciation and improving strategy and diversification, we believe GILD would be unlikely to agree to a takeout/merger valuing it at anything less than ~ $100/shr," Abrahams said in a note.

RBC has an Outperform rating and $88 price target for Gilead shares.

SVB Leerink Says Gilead Unlikely To Bite: Gilead is unlikely to respond positively to such overtures, whether from AstraZeneca or any other party, SVB Leerink analyst Geoffrey Porges said.

The analyst said Gilead's fortunes are improving, investor sentiment is positive, management is new, fresh and energize and the company's operating and strategic performance has been strong.

"Most large biopharma deals arise from a position of distress, not strength, and Gilead today is far from distressed," he said.

AstraZeneca might be looking for an M&A deal, leveraging its valuation and strategic position in a bid to reduce its reliance on its blockbuster oncology franchise and add another strong franchise or two, Porges said.

The analyst said he believes adding more revenue through a lower multiple acquisition, particularly if there are perceived synergies, could offer value for AZN shareholders as well as those of the target company.

Other biopharma companies such as Alexion Pharmaceuticals, Inc. (NASDAQ:ALXN), Amgen, Inc. (NASDAQ:AMGN) and Biogen Inc (NASDAQ:BIIB) could be more viable targets than Gilead, he said.

SVB Leerink has Outperform ratings on both Gilead and AstraZeneca.

Related Link: Bulls And Bears Of The Week: Gilead, Shopify, Tesla And More

Why Immunovant Could Benefit From The J&J-Momenta Deal

AbbVie Shares Double In A Year; Leerink Moves To Sidelines