Would You Let A Robot Do These Jobs?

Technological advancement has made Man a near-omnipotent being capable of achieving anything he sets his mind to. To make life easier, Man has designed machines and more notably even a clone (not in the strictest sense) of his kind — the robot. How comfortable men are with robots and to what extent they are ready or willing to outsource work to robots, their own creation — these are some questions answered in a report released by Loup Ventures.

The findings may be of interest to companies interested in robotics, namely Alphabet Inc (NASDAQ:GOOG) (NASDAQ:GOOGL), Northrop Grumman Corporation (NYSE:NOC), Intuitive Surgical, Inc. (NASDAQ:ISRG) and others.

Following its attendance at Automate, a robotics trade show in Chicago focused on manufacturing and fulfillment, Loup Ventures explored the possibility and feasibility of deploying these robots for different jobs.

Analyst Doug Clinton expressed optimism regarding much of human jobs being replaced by robots over the next few years. To deduce how comfortable consumers are in allowing robots to do certain jobs, the analyst surveyed 500 consumers in the United States, asking them to rate their comfort level with robots performing 12 specific tasks on a scale of 1–5, 1 being extremely uncomfortable, 3 being neutral and 5 being extremely comfortable.

Loup Ventures had categorized the jobs as:

The survey found that consumers were generally comfortable getting time-consuming chores such as vacuuming, mowing the lawn or preparing food done by robots. The firm said this category of job was most positively viewed, reasoning that the downside is limited if the job is not performed well. Older millennials expressed the highest level of comfort, while the young millennials, belonging to the 18–29 age group saw the least benefit, a corollary of the latter being fully involved with it.

With respect to transportation, the survey by Loup Ventures showed that the respondents were less comfortable with robots manning a car or piloting a plane rather than with controlling a subway or train ride. This could be explained by the likelihood of major car accident or downed plane being high than encountering a catastrophic subway accident.

Generation X, individuals aged 40–59, was the most uncomfortable with robots engaged in transportation, which can be explained by their risk averse upbringings and the presence of young or teenage children.

Consumers expressed extreme discomfort with respect to robots taking care of personal/family livelihood. The discomfort stems from downside risk associated with a robotic failure being very apparent in jobs like performing surgery or babysitting. Noteworthy is the fact that the high levels of discomfort are apparent across all demographics. In an interesting statistic, robo-babysitters were more negatively viewed than robo-surgeons, as babysitting needs empathy, creating and community. On these three counts, humans are at an advantage over the robots.

The comfort level dwindled when consumers were probed as to whether they would be comfortable vesting robots with the responsibility of performing professional services, except for personal training. Professional services such as taking care of taxes and legal services, though not carrying mortal risk, costs the consumers financially if done badly. That said the 18–29 age group was the most comfortable using robo-accountants or robo-lawyers.

Concluding, Loup Ventures said the automated future Man envisions requires building trust between consumers and robots, especially with tasks perceived as dangerous. “As humans come to accept that robots can perform almost all ‘dangerous’ tasks with greater safety than humans, the associated comfort levels should rise,” the firm said.

Rise Of The Machines: BlackRock Turns To Robots To Pick Stocks

Surrender Your Desk: It’s Time To Let The Robots Take Over 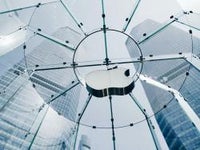 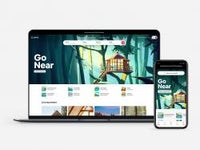 Two high-profile initial public offerings will take place in the near-term, as DoorDash and Airbnb are set to become public companies by the end of the year. This could impact how investors look at FAANG stocks, according to Loup Ventures' Gene Munster. read more 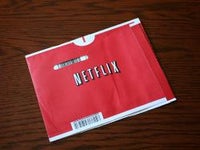 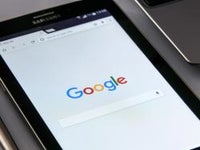