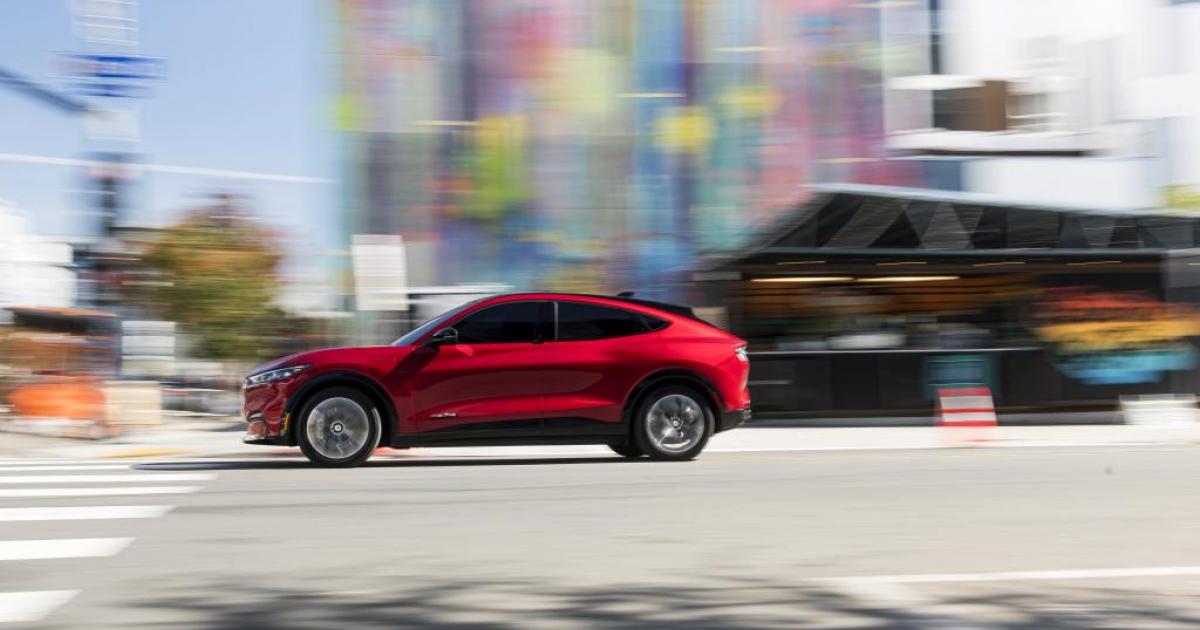 The major U.S. indexes finished a busy and hectic first week of 2021 with modest gains, led by a 2.4% rise in the Nasdaq. The historic Georgia runoff election results were followed by seditious violence in Washington, D.C., that was widely condemned, failed to stop certification of presidential election results and has led to some blowback on the current president already.

In addition, there was more good news about the COVID-19 vaccines, even as the pandemic led to further lockdowns. An aerospace leader appeared set to put its troubles behind it, only to face fresh bad news. Meanwhile, a transportation and delivery giant aims to expand its air cargo fleet.

In "Why The Biden Administration Could Be Very Bullish For Ford, GM," Wayne Duggan discusses why Ford Motor Company (NYSE:F) and General Motors Company (NYSE:GM) are likely to see their fair share of $40 billion in federal funding intended for clean energy efforts.

"4 Reasons Why Li Auto Is Poised For 48% Compounded Annual Growth Over By 2025" by Shanthi Rexaline examines four reasons why Chinese electric vehicle startup Li Auto Inc. (NASDAQ:LI) is poised to outperform in the near to medium term, according to one top analyst.

Priya Nigam's "BofA Upgrades Mastercard On 'Potentially Priceless Opportunity'" focuses on how Mastercard Inc (NYSE:MA) could benefit from pent-up demand for both domestic and cross-border leisure travel, an opportunity not reflected in the recent share price.

Enterprise Products Partners LP (NYSE:EPD) is among "Bond King" Bill Gross's top picks for 2021. So says Chris Katje's "Tesla, SPACs 'May Struggle,' Natural Gas To Shine In 2021: Bill Gross." See why it and peers could outperform the favorites of "day trading Robinhoods."

In Jayson Derrick's "Why The Year Ahead Looks Promising For Bed Bath & Beyond," see why specialty retailer Bed Bath & Beyond Inc. (NASDAQ:BBBY) showed strong momentum heading into the new year, lifting expectations for its upcoming fiscal third-quarter earnings report.

In Wayne Duggan's "Michael Burry To Tesla Investors: 'Enjoy It While It Lasts'," see why a former hedge fund manager is sticking with his bearish bet on Tesla Inc (NASDAQ:TSLA) even though other bears have thrown in the towel and upgraded the stock. Will the Tesla story ultimately end poorly?

"RBC Highlights Valuation Concerns In Coca-Cola, PepsiCo Downgrades" by Jayson Derrick shows why the bullish case for beverage giants Coca-Cola Co (NYSE:KO) and PepsiCo, Inc. (NYSE:PEP) has come to an end. What growing pains and headwinds do they face?

Henry Khederian's "Is SiriusXM Screwing Up By Potentially Losing The New 'King of All Media' Dave Portnoy?" argues that Sirius XM Holdings Inc (NASDAQ:SIRI) has backed the wrong horse by choosing to renew Howard Stern's contract.

Increased regulation and legislation are likely to affect the financial liability of 3M Co (NYSE:MMM), according to "Why A Democratic Congress Is Turning This 3M Analyst Bearish" by Priya Nigam. See why negative headlines and lawsuits may be ahead.

For more bearish takes, be sure to check out these posts:

Earnings Expectations for the Week of June 17

Earnings Expectations for the Week of December 17