It was a turbulent week for cannabis stocks in the U.S., however, it was Canadian equities that experienced the most volatility, largely due to the publication of Health Canada’s document on legal cannabis packaging, marketing and retail, and the later vote of Bill C-45, also known as the “Cannabis Act,” in Canada's House of Commons on Thursday.

“Health Canada's preliminary thoughts on packaging were worse than expected. Hopefully these will improve before the launch of retail sale or, if not, in the intermediate-term,” 420 Investor Alan Brochstein told Benzinga. “Thursday's Second Reading in the Canadian Senate added more volatility than anyone would have expected, as there were concerns that the Senate would vote against the legislation.”

This ended up not being the case, but the heated session did remind people things are only real when set in stone. This is the case in the U.S., as we await finalization of the federal government spending bill that should continue to include protection of medical cannabis.

“While the failure to include protection beyond just medical cannabis may disappoint some, it's important to remember that there have been no raids or prosecution over the past year with the same language,” Brochstein said. “Significantly, Congress rejected the pleas of Jeff Sessions to remove the amendment, which I think is a signal that the industry doesn't need to be concerned about federal enforcement against state-legal operators.”

Last week, Snoop Dogg’s cannabis-focused venture capital firm Casa Verde Capital closed its debut fund with $45 million. This week, the fund announced a $3.35 million seed investment in cannabis vape manufacturer Green Tank Technologies, along with Toronto-based Green Acre Capital and the founders of Tokyo Smoke, now owned by Hiku Brands. Karan Wadhera, managing partner of Casa Verde Capital, said his firm’s deep knowledge of the Californian market will help facilitate Green Tank's rapid expansion. “This will give them a toe-hold in the most important market in the world,” he said.

“It has been encouraging to see how cannabis as a sector is bridging the gap between countries across the globe as we push to transform the perception of the industry,” Cronos CEO Mike Gorenstein told Benzinga.

“The Cronos joint venture is a 50/50 partnership, which will bring MedMen north of the border. We’re excited to be partnering up with an organization that we think is as sharp as any other marijuana company in the world,” MedMen CEO and co-founder Adam Bierman.

In other news, the Canadian behemoth announced a new $100 million bought deal led by underwriters GMP Securities and BMO Capital Markets. The company will sell 10.42 million common shares at a price of $9.60 each.

Friday Night IncTGIFF was added to the CSE25 Index, which is comprised of the 25 largest companies in the Canadian Securities Exchange Composite Index by market capitalization.

Learn more about these news, and others on CanniMed Therapeutics Inc CMMDF, Greenlane and Gene Simmons’ new cannabis company with our partners at Green Market Report’s Marijuana Money:

According to a new report by Arcview Market Research in partnership with BDS Analytics, California’s demand for legal cannabis is expected to be three times greater than any other state by 2021. The paper argues, however, that heavy taxes and restrictive regulation may slow the degree to which the new adult-use market replaces illicit sales, stunting its growth and the state’s revenue gains from cannabis taxes. It's estimates that legal storefronts have a 77 percent handicap when competing with illicit market prices.

“California’s legal cannabis market is at risk of underperforming as it continues to become handicapped by the black market,” Tom Adams, Editor-in-Chief at Arcview Market Research and Principal Analyst at BDS Analytics, told Benzinga. “Unless California’s legislature makes some quick changes to the tax and regulatory regime, they are at threat of pushing consumers towards the very same illicit market that legalization was intended to replace.”

This week, app Silly Spin ABC went relatively viral on the back of a campaign led by its creators, Natalie Dragotto and Jennifer Straiton. These two ladies have kids with rare forms of epilepsy that caused more than 1,000 seizures a day. They have been medicating their children with cannabis-derived phytoceuticals and getting great results. However, the treatments are expensive and not covered by insurance. So the “momtrepreneurs” came up with an educational app they put on sale for $1.99 at Apple Inc. AAPL’s App Store and Alphabet Inc GOOGL GOOG’s Play Store. One hundred percent of proceeds go toward covering the children’s medical expenses.

Cannabis Benchmarks' “Annual Review & Outlook” report highlights several interesting trends in the cannabis industry. Among those pointing toward the commoditization of marijuana: the surge in the complexity of contractual arrangements. As per the paper, numerous market participants are experimenting with things like futures, swaps, and options, which “provide more direct risk sharing mechanisms.” These types of contracts are especially noteworthy due to the fact that physical products are not exchanged as a result: “they only address financial exchanges."

A consortium of cannabis-related media professionals are conducting a cannabis media survey. You can answer following this link. When finished, you can email your name and email to info@greenmarketreport.com and be entered into a raffle of two Magical Butter machines. 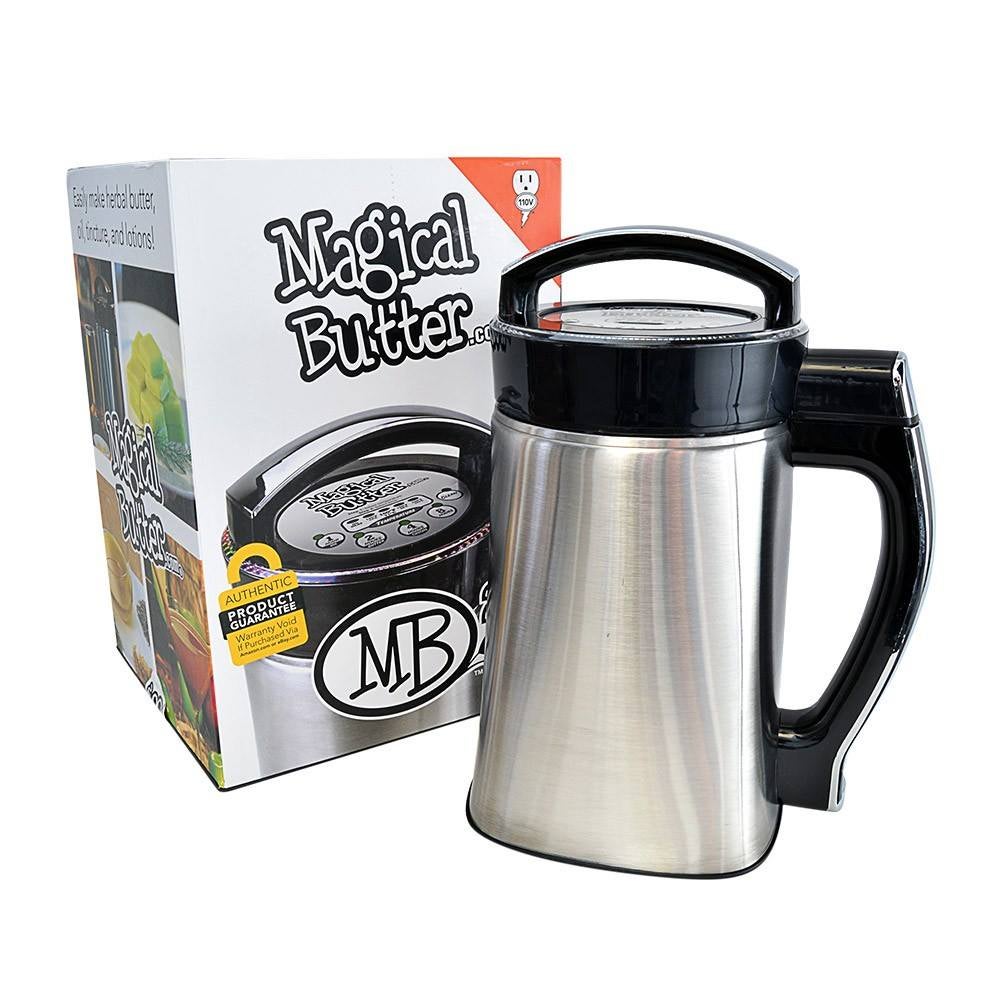 Dr. Chanda Macias, the recently appointed Chairwoman of the Board for cannabis networking organization Women Grow was in Connecticut this week. During a meeting, she said, “We must push our law makers to protect women in cannabis. Many of these women are mothers who are the decision-makers and caregivers for their families. These are mothers who are administering medicine to their children. We must let them know they are protected and supported. Today many of them feel stigmatized and unprotected from our government. We must do better, they are not criminals these are responsible loving mothers who love their children.”