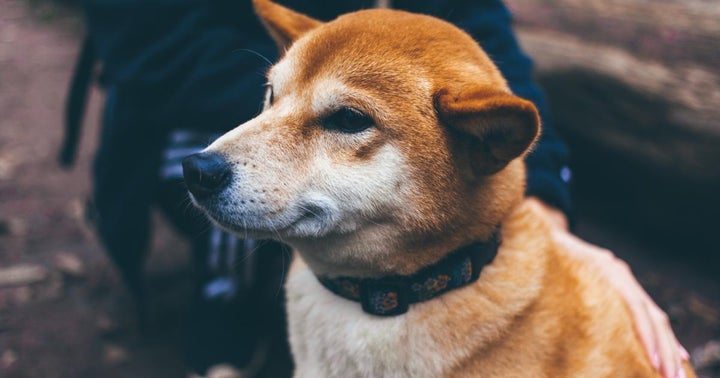 The interest in Dogecoin is skyrocketing — in fact, it briefly overtook Bitcoin (BTC) in terms of sparking Twitter interest, becoming the first cryptocurrency to do so, as per The TIE.

The cryptocurrency surged to an all-time high of $0.0791 on Friday from trading at $0.0077 a day ago, thanks to calls for pumping from r/SatoshiStreetBets and a signature subtle tweet from Tesla Inc. (NASDAQ:TSLA) CEO Elon Musk.

The founders have since moved on and are in fact disenchanted with the project. Markus said on Twitter Saturday that he was being "harassed" by Dogecoin investors again with the latest surge despite having left the project seven years ago over similar concerns.

A joke cryptocurrency featuring the famed Shiba Inu that trades at a low price point and is primarily driven by the community, rather than a company or a team, is likely why Dogecoin is seeing more interest from the Redditors over other digital assets.

Where Does Dogecoin Come From? Dogecoin is an indirect fork of Bitcoin.

Explaining the decision to fork out of Luckycoin, Palmer explained in 2019 that the founders wanted to make the project as “undesirable” as possible.

Luckycoin had random block rewards built into its blockchain and that would disincentivize miners from creating more of the cryptocurrency, Palmer said at the time.

What About Its Supply? When Dogecoin initially launched, Palmer said the supply would be infinite – no surprise since the founders wanted it to be “undesirable.”

In 2014, however, the co-founder said the cryptocurrency would be capped at 100 billion supply and 5 billion new coins could be created each year.

For context, Bitcoin has a circulating supply of 18.6 million coins, and only 21 million coins of the world’s apex cryptocurrency can ever be minted, as per the rules embedded in its blockchain.

How Has Dogecoin Traded Historically? Dogecoin began trading in late 2013 at around $0.0003.

The joke would soon pick up and Dogecoin price tripled by February 2014, tripling at $0.0015, and outperforming Bitcoin.

Dogecoin has seen momentary surges since, mostly as part of coordinated efforts to pump. It traded above $0.013 in early 2018 when altcoins were surging with a pause in the Bitcoin rally after it crossed the $20,000 mark. 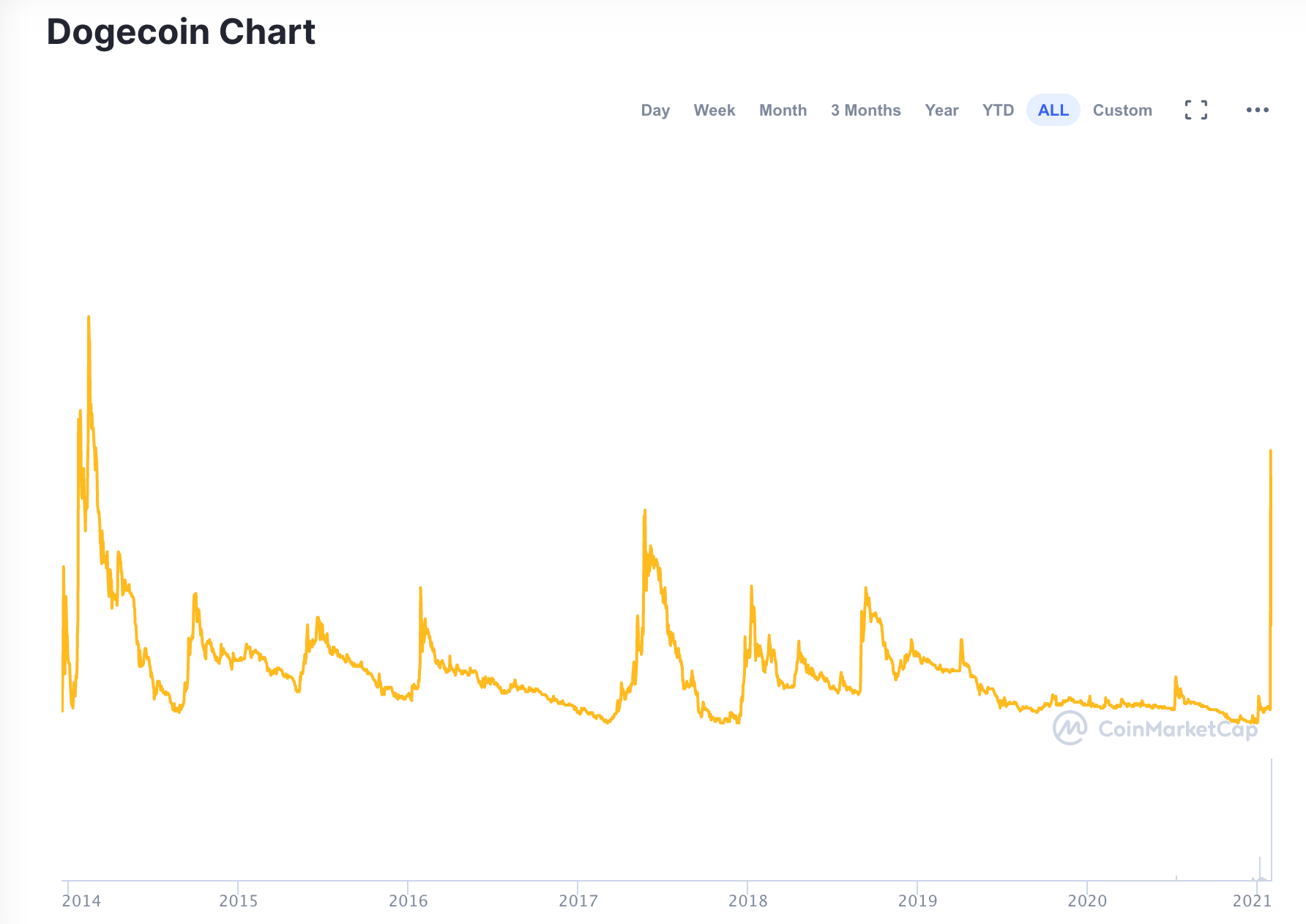 The cryptocurrency has traded mostly muted since 2019, with Musk or adult film stars or TikTokers or "Tiger King" cast driving occasional surges.

The latest surge is unprecedented in Dogecoin history, but with other cryptocurrencies already hounding the pumping interest on social media, the parody cryptocurrency has retreated significantly back to $0.0375 at press time late Sunday from the all-time high hit on Friday.

Dogecoin (DOGE) co-founder Billy Markus in an open letter on Reddit this week addressed the heightened interest in the cryptocurrency he created as a joke. read more

A Look At Benzinga Pro's Most-Searched Tickers For June 19, 2019