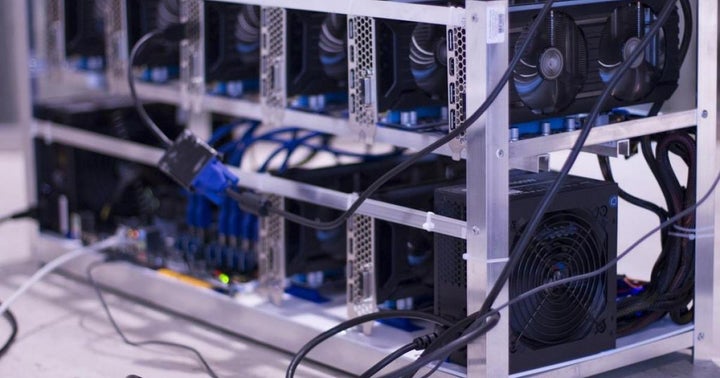 Layer1 said that multiple 2.5-megawatt containers are fully operational and have started mining bitcoin.
The startup didn't pin a number on how many such containers are at work but said it expects to account for 2% of the total Bitcoin hashrate in the coming months.

Layer1 also shared an ambitious goal of accounting for 30% of the bitcoin hashrate by 2021, which would make it the largest single entity controlling the hashrate ahead of more established players like F2Pool, Poolin, AntPoll, and BTC.com.

"We are already delivering on our vision of making Layer1 the world leader in vertically integrated, sustainable Bitcoin mining," CEO Alexander Liegl said in a statement.

"Our factory in West Texas is a game changer in bitcoin mining. The facility uses custom ASIC chips and patent-pending liquid cooling technology, that enables us to unlock warmer climates – where others cannot – and benefit from the world's largest supply of low-cost, sustainable local energy."

West Texas is the place with low-cost electricity, which is one of the largest costs involved in cryptocurrency mining. The region has the drawback of a hotter climate, but Layer1 said it is installing a "liquid cooling technology" alongside the mining containers that will negate the climate effect.

A majority of cryptocurrency mining is still operated from China.

Layer1 said its goal is "repatriating" the mining back to the United States. On its plan to gain 30% of the Bitcoin hashrate, the startup said it "will enable the U.S. to offset China's dominance in Bitcoin mining and improve the country's national security efforts for an asset class with the potential to be a reserve currency."

Billionaire Peter Thiel-backed Valar Ventures emerged as the lead investor in Vienna-based digital investment platform Bitpanda. What Happened: The platform secured $52 million in Series A funding led by Valar and other investors including Speedinvest, the cryptocurrency brokerage said in a statement Tuesday. read more

Update: We have received an email from the company clarifying that the data was obtained illegally from a third party supplier Paxful previously used. "We've completed the investigation. Our customers’ data has not been compromised in any way. There has been no data breach of the Paxful platform." read more