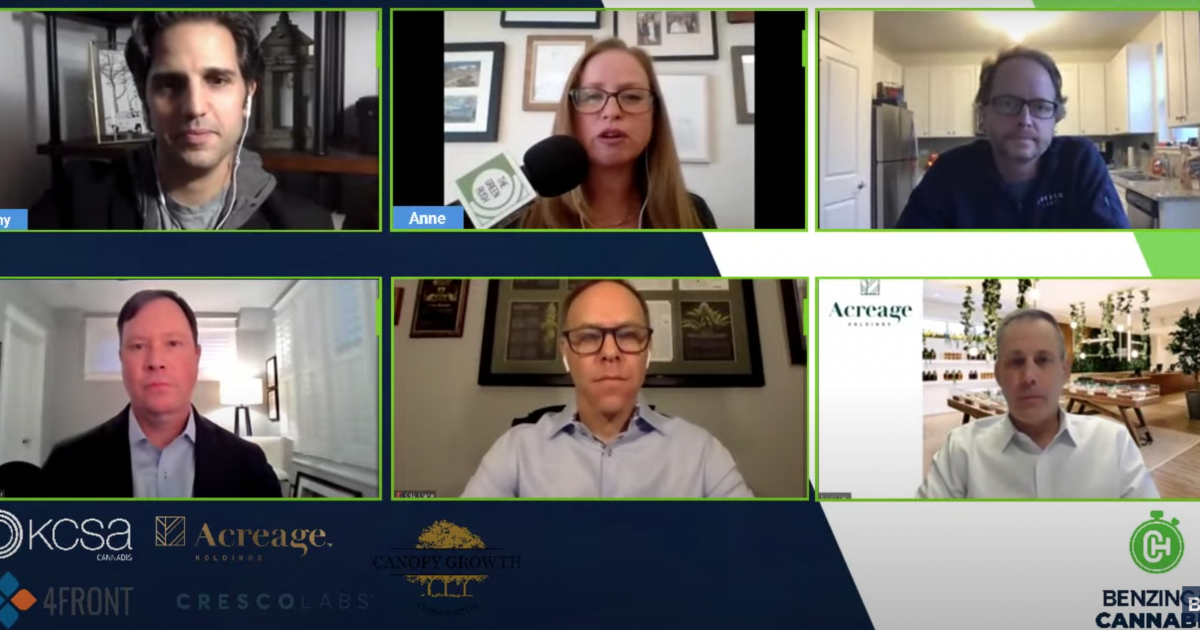 Voters are considering a number of cannabis ballot initiatives nationally on their presidential election ballots. Voters in New Jersey, Arizona and Montana — where there are existing medical cannabis markets — will consider legalizing adult use.

Mississippi may potentially become a new market for medical cannabis, and there are two ballot initiatives in South Dakota that seek to legalize both medical and adult use.

In the event of a contested election between President Donald Trump and former Vice President Joe Biden, Benzinga wondered whether that would hurt or delay the legalization initiatives in these states.

In recent years, the amount of time it takes to go from legalization to "market open" is typically long. Nevada, for example, took eight months while Maine took as long as 47 months.

We asked a panel of guests from major cannabis companies — including John Sullivan of Cresco Labs (OTCQX:CRLBF); Kris Krane of 4front Ventures (OTCQX:FFNTF); Nick Etten of Acerage Holdings (OTCQX:ACRDF); and David Culver of Canopy Growth Corp. (NYSE:CGC) — their thoughts on the issue. See the video below:

“If we had an initiative in a state like Pennsylvania or Wisconsin or Michigan, which does not allow ballot counting to start until the day of the election, that could be a little bit of a bigger issue," Krane said.

"But thankfully the states that we are looking at for the elections — that doesn't seem like it's going to be a problem. We should know [results] that night or the next morning."

If Biden wins in Pennsylvania, North Carolina and Florida, the election will be called, Culver said.

"It'll of course still be contested and there'll be plenty of initiatives that will go to court and will need to be finalized before that Dec. 8 deadline, but this has the potential to be an early evening. It's just going to depend on voter turnout and whether those early swing states go in his favor."

"I think we're going to know on election night. All the trends that I'm seeing are headed that way. I think Democrats are going to take the Senate," he said, while acknowledging the folly of making predictions.

"To paraphrase Winston Churchill: Politics is the ability to predict today, tomorrow, next week, next year and then to explain to everybody why your predictions didn't happen."

Etten said most government affairs professionals in cannabis will just keep moving forward, whatever the outcome of the election.

"It doesn't matter which party you vote for [or] which way you lean … just go and vote and if you are a cannabis voter, this is a critically important election for us as an industry."

Here is a summary of the latest leadership changes within the cannabis industry. Salvatore Milia Joins Christina Lake Board read more

When it comes to cannabis, Former Senate Majority Leader Tom Daschle had a change of heart. During his tenure as a public servant, he preferred keeping marijuana in the DEA’s Schedule I category, alongside drugs that aren't considered safe to use even under medical supervision. read more