Is Legalizing Pot A Quick Fix For State Budget Woes? This Study Says 'No'

Cannabis legalization advocates often tout the plant's potential to boost state coffers. Among the case studies they cite are Illinois, which reported $52 million in marijuana tax revenue for the first half of 2020; Colorado, which collected more than $244 million from January to August; and California, which is expected to bring in $479 million in pot tax revenue for the year.

With so many businesses struggling throughout 2020 due to the COVID-19 pandemic, it makes sense to legalize weed to address dwindling government funds — right?

Wrong, according to a new study from Anderson Economic Group.

Indeed, the coronavirus pandemic has taken a toll on state budgets across the country, sending local leaders and lawmakers scrambling to find solutions and supplement revenues. But "legalizing recreational cannabis is not a panacea for the immediate shortfalls most states are facing," AEG's Andrew Miller and Kaitlin Lynch wrote in a report published Tuesday.

Today, 33 states allow medicinal marijuana use, and they generate tax revenue in their own right. Yet there is often a significant time lag between legalization and the first actual cannabis sales.

“It can take a year or more for states to establish regulatory agencies and for cannabis cultivators and dispensaries to obtain licenses and set up shop," Miller wrote in the report. "States don’t begin collecting cannabis tax revenue until that process is complete.”

Nevada had the shortest wait — eight months — from legalization to the "market open date." 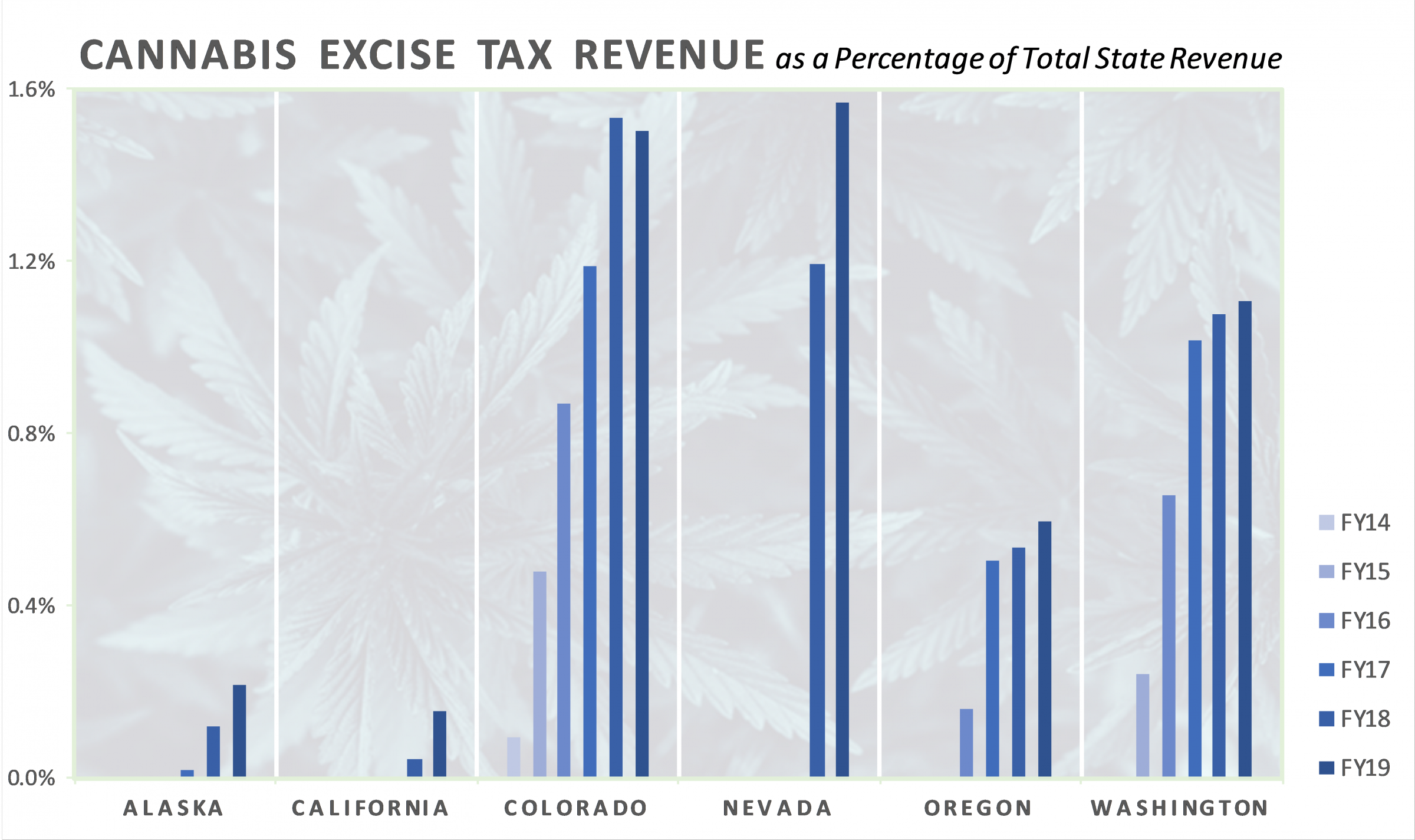 The findings in AEG report are likely not what many cannabis advocates want to hear.

One commentator in Arizona, for example, wrote last week that one "proven source to help alleviate the budget strain" is marijuana legalization, citing The Smart and Safe Arizona Act as the answer to reducing Arizona’s $700-million budget deficit.

"Whereas several years ago some debate was possible, there is now indisputable data that state legalization equals job creation and tax revenue," Hess said. "Cannabis is simply one of the few sectors that governments can identify where with the flick of a legal switch, revenue and employment can be found."

"Even when markets are fully operational, cannabis taxes generally constitute a small portion of state revenues overall," the report stated. "Furthermore, legalization can reduce alcohol and tobacco tax revenues as some consumers switch to cannabis, meaning that not all cannabis tax revenue is truly 'new' revenue."