NBA Hall of Famer Isiah Thomas will join former teammate John Salley and Al Harrington at the Virtual Benzinga Cannabis Capital Conference on June 1. Ahead of the event, Salley spoke with Benzinga about the miniseries everybody is watching.

The 10-episode ESPN and Netflix (NASDAQ:NFLX) documentary “The Last Dance” debuted to massive fanfare over the past month. The doc focuses on the 1997-1998 Chicago Bulls, as well as Michael Jordan's life and career. In view of the zest generated by "The Last Dance," we spoke with John Salley, who thoroughly enjoyed the miniseries.

"Jordan was my teammate, my brother and my friend," Salley told Benzinga.

Salley briefly played alongside Jordan during the 1995-1996 season, but not before having faced him as a heated rival with the Detroit Pistons. The late 1980s-early 1990s Pistons were known as the "Bad Boys," known for their defensive but aggressive style.

Salley is then in a unique position: having been part of both teams and being able to speak from their rival perspectives.

He admitted the documentary failed to fully portray a crucial aspect of the Pistons: the way this team vastly outperformed the Bulls.

"We weren’t just beating them. We were destroying them," Salley said. "We were just better than they were."

The Pistons eliminated Jordan's Bulls from the NBA playoffs for three straight years, winning back-to-back NBA titles in 1989 and 1990. Their dynasty ended in 1991, and the Bulls went on to win six of the next eight NBA titles. But the documentary needed to have a bad guy, so it allowed itself some… poetic licenses.

What the documentary does show is the infamous moment when, just before the end of a game during the 1991 Eastern Conference Finals, many of the Pistons left the court, refusing to shake hands with the Bulls. Salley said it seemed to him like "a bad move."

He’s referring to a similar incident at the end of 1988 Eastern Conference Finals, in which the Celtics withheld a teamwide handshake with the Pistons.

Salley was one of the few players who remained on the court to shake hands with the Bulls in 1991.

"Your reputation is what you fight for, and your character is what you stand for," he said, adding that he "knew how big that was for MJ." 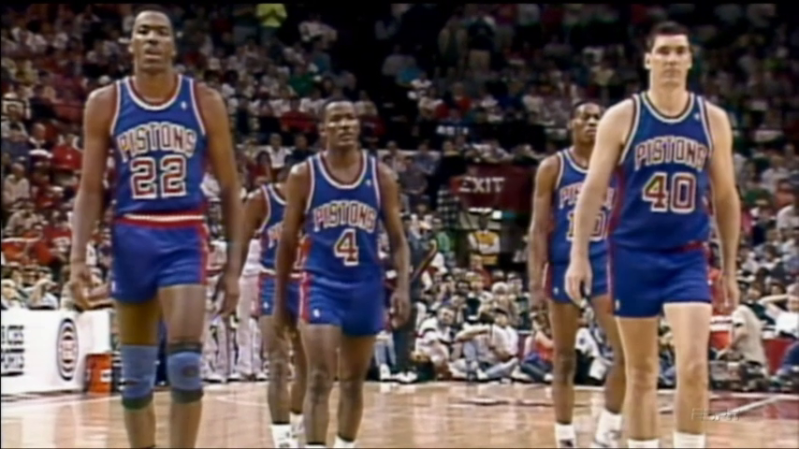 On Court Vs. Off Court

Despite all of this, Salley and Jordan were friends.

"Everybody else was like, 'You don’t hang out with your opponent.' … Well, he's my opponent on court. [But outside the court] he’s a striving black man, just like I am," he said. “We like the same things and were friends before this job. So I was able to separate that."

This is why the transition from rival to partner wasn't particularly significant for Salley. He said he doesn't mix things up, and that he doesn't "take what happens off court on court."

The professional and personal universes are vastly different. He also noted that a lot of times, in contrast, "your teammates aren’t your friends, they are just people that work in the same place." This wasn't the case with his relationship with MJ, neither before nor after playing together.

Going back to "The Last Dance," Salley's opinion was that, despite the details mentioned, it's a great documentary, and he personally loved it. He also stressed that, as an audience, we're used to seeing “somebody at the top, but we never really get to see them. And I think Michael let us see him." 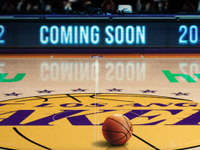 Does Hulu Have The Next 'Last Dance' With Los Angeles Lakers Docuseries?

The Los Angeles Lakers are one of the most well-known pro sports teams of all time. The team is inspiring several television series including a newly announced docuseries from Hulu. read more

Opinion: The Detroit Tigers Are Up For Sale 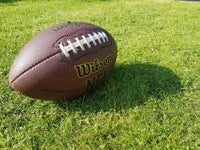 Disney Continues To Bet Big On Its ESPN Sports Content Deals: Will It Pay Off For Shareholders?

Walt Disney Co.'s (NYSE: DIS) ESPN segment has been known as the top sports media network for years. In order to keep the crown, Disney continues to shell out billions of dollars to land and renew sports media deals. Will it continue to pay off for shareholders? read more 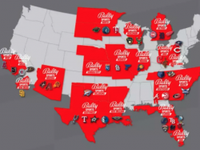 If Sports Content Is King, Sinclair's DTC Model Could Be A Home Run

Is Your Cannnabis Vape Cartridge Safe Or Counterfeit? Here's How To Tell | Benzinga