Joe Rogan's Cannabis Advocacy Is Altruism In Its Purest Form 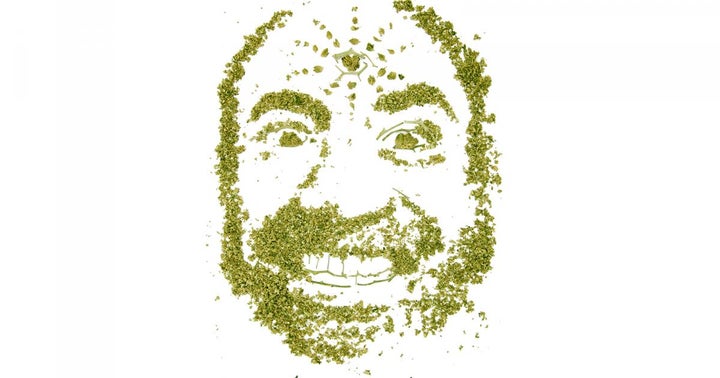 Rogan started his showbiz career as a stand-up comedian in New York, but got his first major breakthrough as an actor in NBC’s 90s sitcom NewsRadio, alongside comedians Phil Hartman and Andy Dick.

Although comedy was a natural outlet for Rogan’s extrovert personality, his roots were in martial arts. From teen years to early adulthood, Rogan practiced Karate, Taekwondo and Kickboxing, winning the US Open Championship Taekwondo Tournament at the age of nineteen. He would later go on to praise cannabis’ potential in improving a fighter’s performance in combat.

His background in martial arts allowed him to collaborate as a color-commentator for the UFC, but his big leap to mainstream fame really came as he hosted The Fear Factor, from 2001 to 2006. His role on the show fueled his career as a stand-up comedian and host.

See Also: Cheech Marin Knows What's Good (And His Weed Is Living Proof Of It)

In 2009 Joe Rogan launched The Joe Rogan Experience podcast, which still airs to this date. Though show has since become one of the most popular podcasts of all time. The podcast includes a video version and is now viewed by millions on Youtube as a one-of-a kind talk-show. In it, Rogan interviews many of today’s most relevant public figures including politicians, scientists, entrepreneurs and sports stars.

Although Joe Rogan didn’t become a regular cannabis consumer until his thirties, he has proudly integrated the plant into his everyday life.

Rogan’s involvement with the cannabis industry is as indirect as it is valuable. At the time of this article, the podcast host has no formal ties with any cannabis company. However, he has become one of the industry’s most cherished personalities for his incessant calling out of cannabis’ positive, therapeutic and mind-opening potential.

Rogan’s public advocacy efforts started out two years before the launch of his podcast, when he hosted the 2007 documentary film “The Union: The Business Behind Getting High”. The movie explored marijuana use, the cannabis industry and the reasons behind its prohibition in the United States. Rogan also participated in the 2014 sequel of the film called “The Culture High”.

A Responsible And Unselfish Approach To Cannabis Advocacy

In his podcast, Rogan has openly discussed cannabis legalization and its implications in health and society. He has brought the topic to many cannabis advocates and detractors including Ben Shapiro, Ted Nugent, Steven Crowder and Alex Berenson.

In September 2018, Rogan invited billionaire entrepreneur Elon Musk to his show, and shared a spliff (a cigarette containing tobacco and marijuana) with Tesla’s CEO. The event caused Tesla (NASDAQ:TSLA) stock to fall over 9% in a matter of days. While this was an unhappy occasion for the electric car manufacturer, it was a giant step in Rogan’s quest to normalize marijuana consumption worldwide.

In a recent conversation with fellow comedian Joey Diaz, Rogan stated his discrepancies with the “Big Cannabis” industry model in which a few companies monopolize cannabis production.

However, Joe Rogan is not an all-out dogmatic marijuana supporter. Rogan’s dedicated support for legal cannabis takes a very serious approach. Having cannabis legalization as a top priority in his view of the country’s political agenda, he’s known to routinely bring up the subject during his interviews. Often enough, he has stood behind the responsible development of comprehensive cannabis legislation, one that treats the plant with the responsibility it deserves. In a conversation with political commentator Ben Shapiro, Rogan stated the importance of regulating marijuana use amongst teenagers and young adults, pointing out scientific research showing the effects of marijauna use in the developing brain.

Rogan’s honest, unbiased approach to cannabis legalization is a living proof of the purest kind of advocacy. One that is not out for personal gain, but looking out for the benefit of society as a whole. From one journalist to another, hats off to you, Joe.

See Also: The Historic Fontainebleau Hotel Takes On A New Decade, Welcoming A Cannabis Event For The First Time Ever