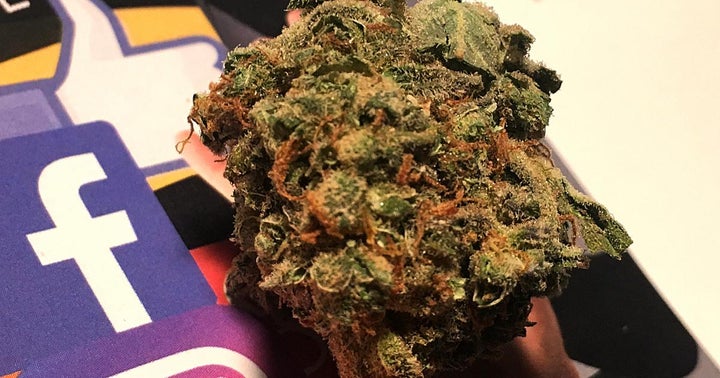 My dad said to me, “Marijuana should be legal.”

It was the 80's and the War on Drugs was raging. It was a time in history when cannabis use in America was vilified; when pot was prohibited and frowned upon by the powers-that-be, the corporations and the government.

Marijuana hadn’t crossed over to the mainstream yet. It was a dark time, when only the fearless few recognized the medicinal qualities of the plant.

We’ve come so far since then, cannabis and hemp/CBD are no longer in the shadows. They have stepped into the spotlight and are now being taken over by giant corporations.

How will smaller, companies that are dedicated to research, education and social justice survive and thrive?

It may just come down to smart calculated marketing and integrated branding.

From a medicinal aspect, marijuana use has exploded due to research awareness and real life stories of survival. From a federal and recreational standpoint, there is still an incredible amount of work that needs to be done.

My father (an Emmy-winning producer) said that we should be able to visit our local grocery store and buy a pack of marijuana cigarettes. He believed the country would benefit. His eye opening foresight, made me think.

How will the next generation make this happen?

Today we’re at a pivotal point in our nation's history.

The evolution of cannabis and CBD, from a marketing and business perspective is evolving at an astonishing rate. Microsoft (NASDAQ:MSFT) recently introduced its new 365 cannabis software. An innovative ERP solution designed for manufacturers, cultivators, and dispensary owners. Powered by Microsoft Dynamics, the technology seamlessly integrates with Office 365, offering seed-to-sale, biological assets and cost per gram tracking capabilities.

In September 2018, Bloomberg reported that Coca-Cola (NYSE:KO) was in discussions with the Canadian owned company, Aurora (NYSE:ACB) to develop beverages infused with CBD (cannabidiol), which is one of the non-psychoactive compounds found in cannabis.

A deal never came to fruition. However, that was the beginning of a brand new trend in cannabusiness. Last October, as the legalization of recreational marijuana in Canada went forward, Aurora (one of the largest Canadian cannabis companies) went public on the New York Stock Exchange.

When hemp was legalized in the US, last December, it ushered in boundless business opportunities and opened up the American market to new unchartered territory. Companies selling cannabis and CBD products gained access to accelerated financial development. The floodgates are beginning to shift for legal pot and the fever for CBD (as a wellness product) has reached an all-time high.

Most recently, the passing of the Marijuana Banking Bill is a truly historic event. Financial institutions will now be protected under law. In a bipartisan vote on September 25, 2019, the bill is set to become the first marijuana reform bill ever to clear a chamber of Congress. The legislation, if ultimately made into law, would protect financial institutions and ancillary firms that serve marijuana businesses from criminal prosecution and other consequences. A long awaited move, the bill would create stability and security for the multibillion-dollar cannabis industry.

This steady rise in the canna revolution has sparked an array of newly launched cannabis/CBD companies. Every entrepreneur has his/her unique story to tell. In this crowded field, how did they get their company off the ground, how did they raise capital and how will they sustain success and yield growth?

Veritas Farms is one of the more established companies on the corporate side.

They offer an array of CBD products ranging from topical salves and tinctures to capsules promoting health and wellness. Their corporate offices are based in Florida, however their hemp Farm is located in Colorado.

“We saw great acceleration of growth when we started in 2015. We used SEO marketing and monitored pays per click. Pay-per-click ads were low and there weren't many restrictions yet so it never affected our bottom line,” says Derek Thomas, VP Business Development for Veritas.

“We didn't use the word CBD on our packaging. We knew our audience and focused on educating them on what was important,” explains Mr. Thomas.

Powerhouse corporate startup, CannaTrac is an important part of the future of legal cannabis.

CannaTrac takes out the cash aspect of weed, offering free re-loadable gift cards. Money is added to the card and used at retail locations where marijuana is legal. This takes the cash out of the dispensaries, making it safer to do business. Through their mobile app, physical card and mobile wallet, it enables worry free transactions for consumers and retailers. Launched in January of 2019, with hefty investors coming on from Mexico as partners, CannaTrac looked toward heavy marketing to get the word out.

“We targeted red carpet events at the consumer level starting at the top trickling down,” says Tom Gavin, Executive Director and Consultant, CannaTrac Technology, Inc. “As a startup company, we met so many people and had the purchasing power to implement our marketing plan. An early revenue company, we make sure to stay compliant and educate for movement on a federal level. Up-front background checks are done on all employees that have the ability to touch and move money, keeping the criminal element out of it and protecting financial institutions,” adds Mr. Gavin.

Consumer friendly, the CannaTrac card is versatile. If you enter a CBD shop in a city where recreational use isn’t legal, you can use your card there also.

On the no frills, direct marketing side, medium sized company, CBD Essence launched their line in 2014 and got a good jump on their competition.

“We never spent a lot of money on marketing and always worked with referrals. Currently, we employ digital marketers and bloggers who work with us to further develop our online presence. Our new Hemp Taffy line is exploding and we’ve logged additional sales because of the launch this year,” says Don Ballou, Founder and Creator, CBD Essence.

The company has seen a significant jump in the past year, citing CBD capsules as their best seller.

One of the most important parts of the burgeoning legal cannabis industry are the craft companies.  They’re the smaller companies , the mom and pops of pot who usually have the most passionate and unusual stories to tell of how they launched their businesses and got into cannabis.

Kaneh Co offers gourmet edibles and was launched in 2016 by CEO, Rachel King. Based in Southern California, and Oakland, Kaneh Co was born because of personal relationships. Friends came together, believed in the product and put their own money in to start the bakery.

“We didn’t have the money to advertise. It was hard work, word of mouth, social media and bootstrapping that initially helped us grab awareness in the market. We went door-to-door, dispensary to dispensary, and sat with budtenders in each store, asking them to recommend the product. Once we had raised enough capital, we utilized billboards and targeted specific cities,” says Ms. King.

“We never take on any outside investors other than what comes from our partners.  We’re not tiny, we’re a growing company. Our focus is the integrity of our products, and education is the most important thing,” says King.

Lifestyle and health and wellness brands are on the rise; grabbing their piece of the flowering pie. Khus + Khus, a topical CBD beauty brand based in Colorado, launched in 2016 with $8,000 and many years of research.

“I learned from other business ventures to go slow and not invest a lot in the beginning and used resources for my initial build and studied Instagram. The money from my initial investment was used by targeting 50 influencers. They were amazing, it was a new community and I still work with a lot of them today,” says Kristi Blustein, Creator, Khus + Khus.

“Eventually I hired a PR company, and was thrilled to learn that there was interest in an herbalist turned green beauty boss. In 2018, hemp was legalized and I was lucky when The New York Times ran a story and included me,” adds Kristi.

As the march toward federal legalization continues, cannabis companies face tighter regulations, stricter compliance, social justice and equity laws. The landscape is still open and there is room to prosper by targeting your market early and sticking to your passion if you want to jump into the game.

Before long my Dad's foresight, to be able to walk into your local market and see packages of marijuana light cigarettes for sale will most likely happen in America. It is a bold perspective for a new generation and we are happy to pass the torch (or the edible) to them.

If You Had $5,000 Right Now, Would You Put It On Altria, Aurora Cannabis, Canopy Growth, Sundial Or Tilray?

Every week, Benzinga conducts a survey to collect sentiment on what traders are most excited about, interested in or thinking about as they manage and build their personal portfolios. This week we posed the following question to over 2,000 Benzinga visitors on a group of the most commonly held cannabis stocks: If you had $5,000 to invest, would you put it on: read more