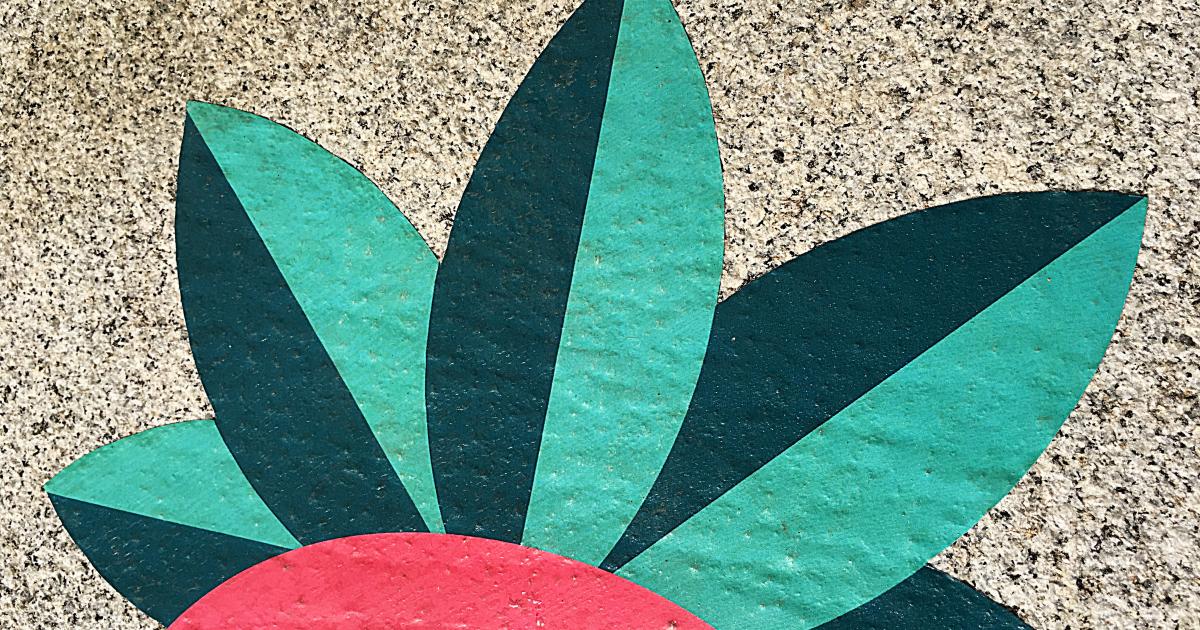 The same number of capital raises closed this past week as in the same week the year prior.  However, overall capital raised was significantly lower this year, primarily driven by the current capital markets slowdown in cannabis. While this slowdown is likely to persist, we expect activity in the markets to accelerate towards year end and into 2020.

Of the seven capital raises, only one utilized an equity structure. However, this debt raise was also the largest we tracked in the week.

Of the seven capital raise transactions, only one was closed by an ancillary business, with the rest involving licensed operators (Cultivation & Retail, Infused Products & Extracts).

The largest raise tracked was closed by a Colorado-based licensed operator and was driven by the passage of Colorado HB19-1090, commonly known as the "pubco bill", that removes the prior prohibition of investment into or ownership of Colorado licensed cannabis businesses by out of state investors or public companies. We expect rapid consolidation of the Colorado market given the dramatically expanded prospective acquirer universe under this new legislation.

We tracked five closed M&A transactions this past week, a count far fewer than the nine closed this week last year.

Acquisitions of retail locations, both those already selling cannabis products and those that can be converted to cannabis storefronts, continue as vertically-integrated operators seek greater access to consumers and more salepoints for the expanding numbers and types of branded products. 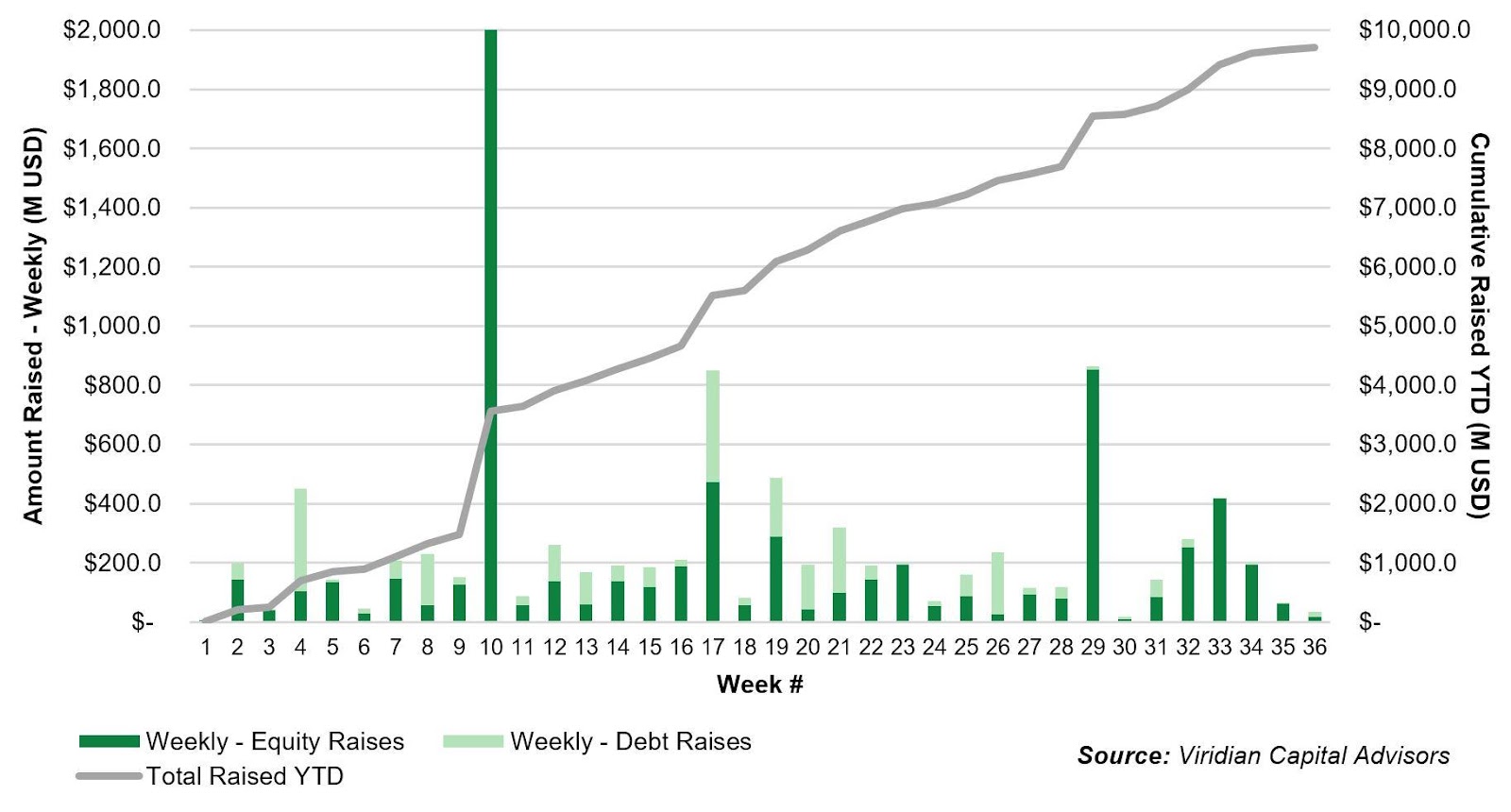 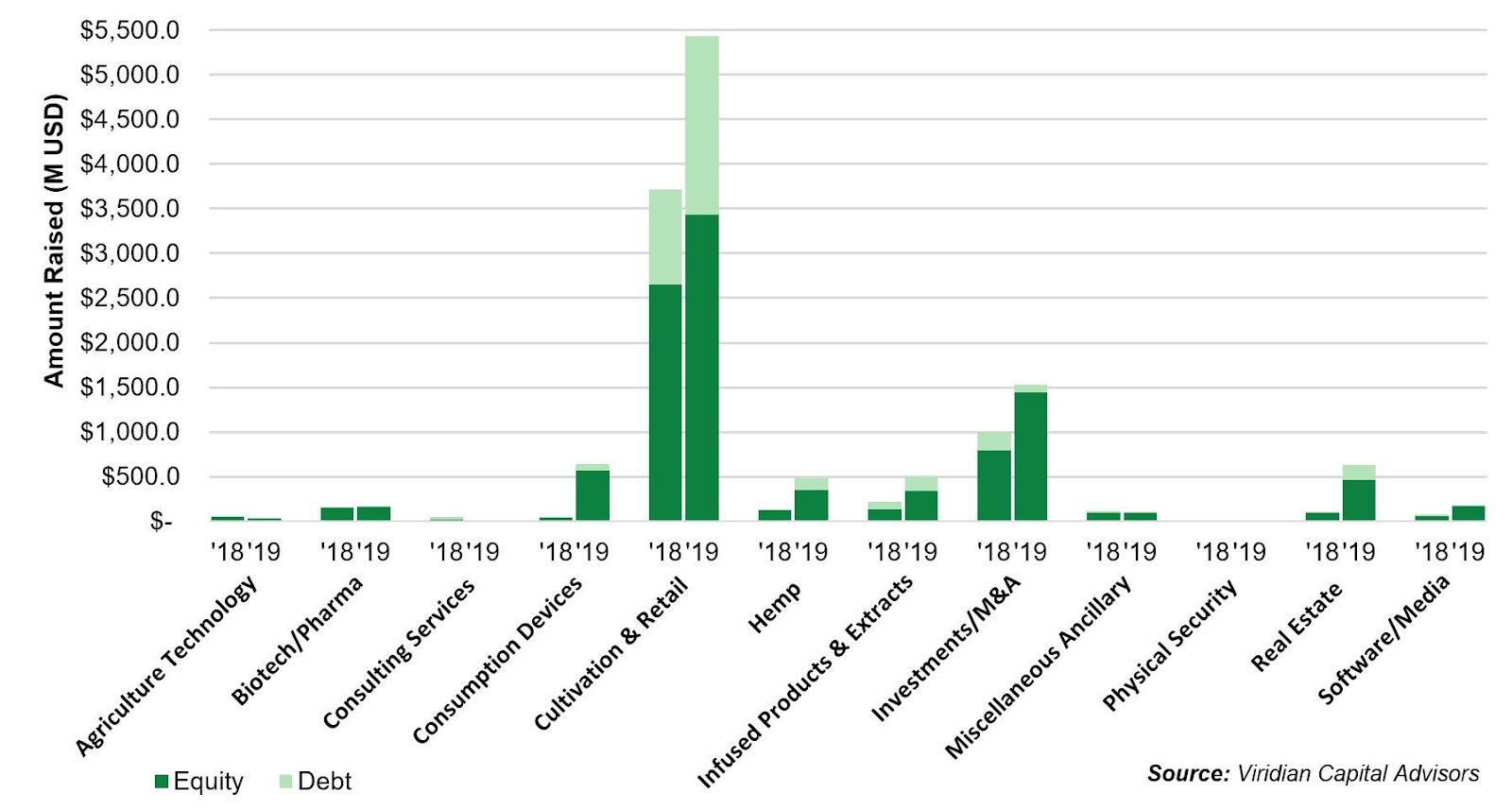 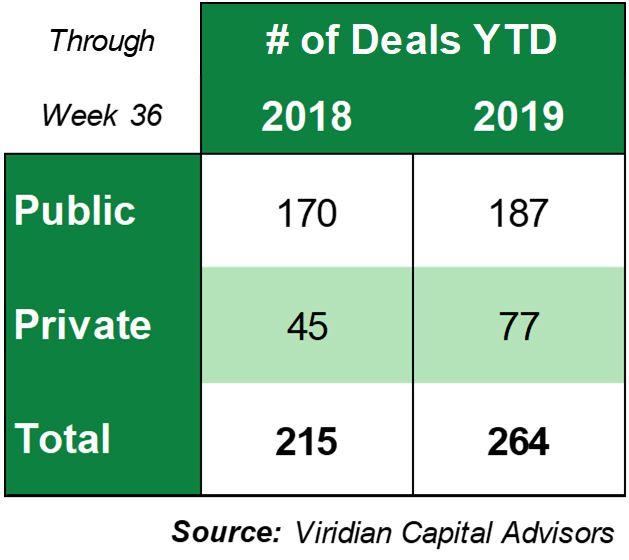 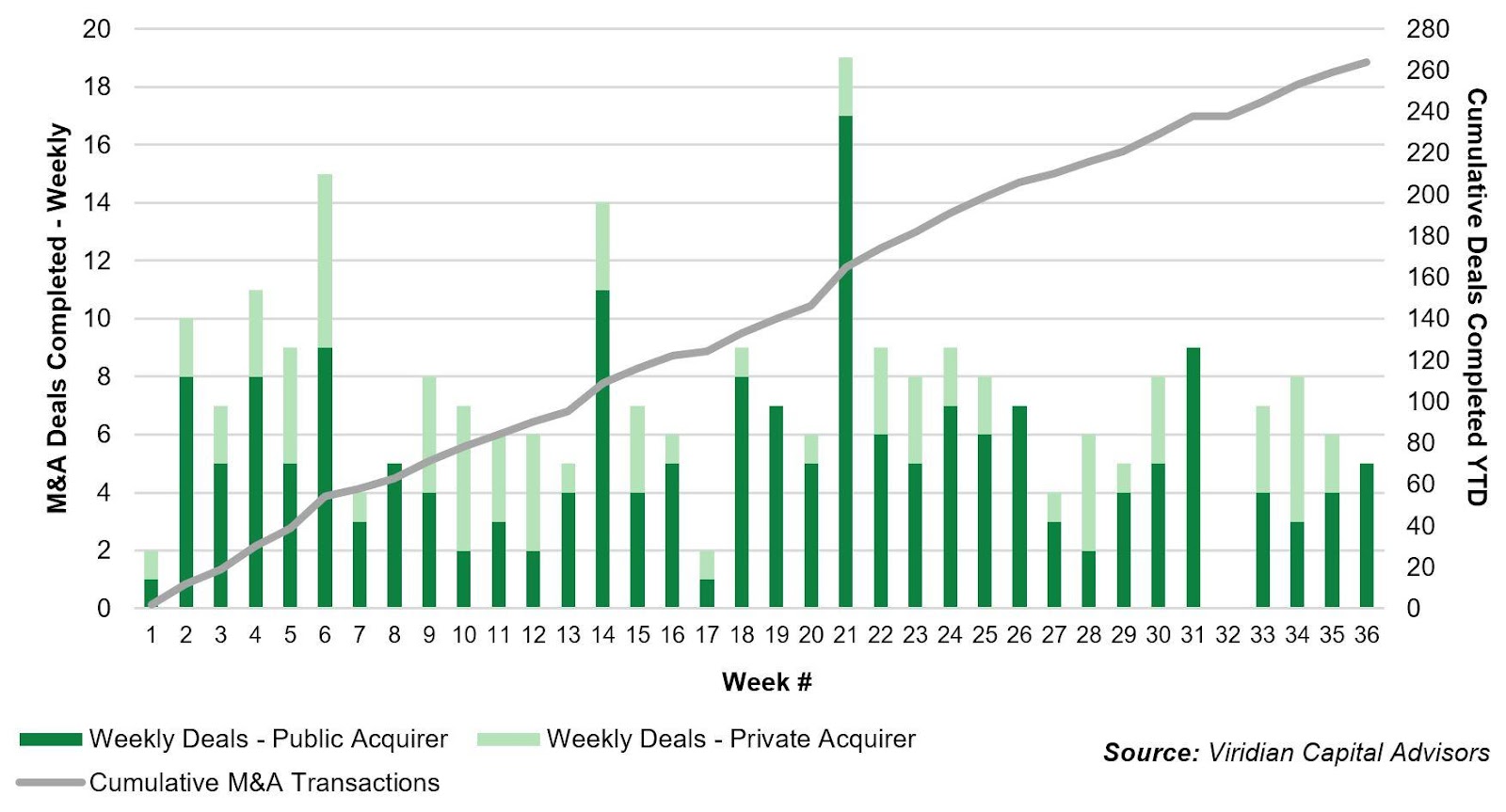 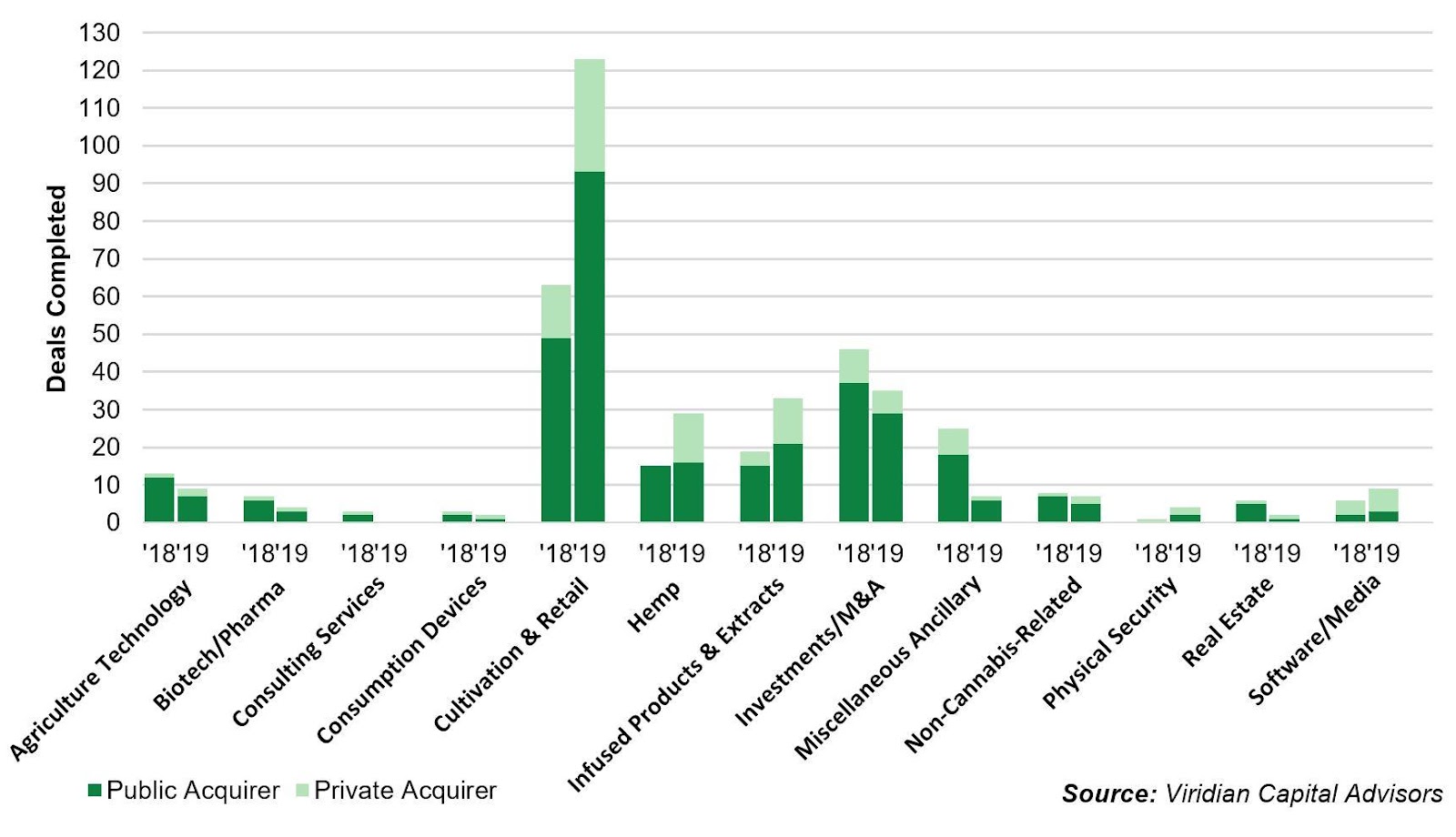 This chart shows the percent change in the stock prices of the 5 largest U.S. and Canadian cannabis companies by market cap from the market close on January 4, 2021 (the day before the Georgia senate election) to January 8, 2021 (3 days after the election).  read more