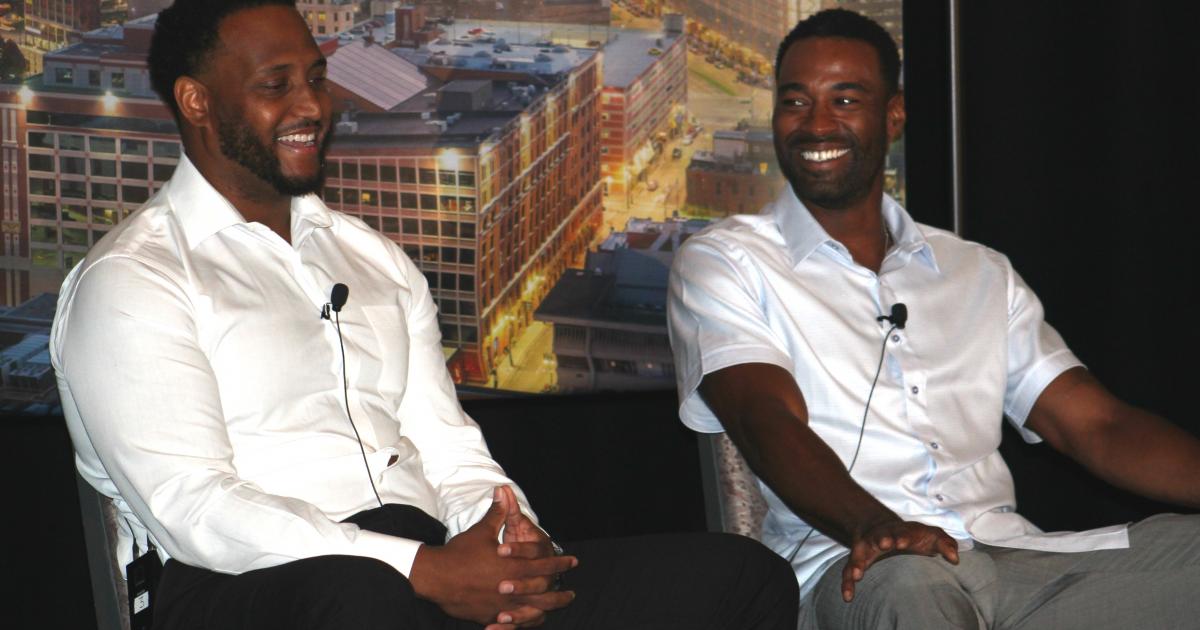 Two former Detroit Lions plan to work with Harvard University in the hopes of increasing the understanding of the role cannabis may play in treating the debilitating the brain damage that strikes many football players.

Sims and Johnson will also donate research money to the Harvard facility.

Rob Sims & @calvinjohnsonjr take the stage with @wxyzdetroit's @BradGalli to talk about their partnership with @harvardmed! An exciting announcement in the #cannabisindustry #live at #BZCannabis in #Detroit #Michigan pic.twitter.com/24C8Z99ZkD

"We can be in position to develop a treatment for CTE," Sims told ESPN. "There's been suggestions that CBD … can help cognitive disease, and we think that potentially there could be a treatment."

Sims told The Detroit Free Press the pair believe nearly all football players have some form of brain damage from the sport.

“When you all of a sudden add that we have a partnership with Harvard because we’re trying to find the best medicine, that changes a lot of minds,” Johnson said.

The partnership will include clinical trials dealing with brain issues and also with the use of cannabis for pain management. Several former players have advocated for the NFL to allow players to use cannabis for pain, rather than the addictive opioids many are prescribed.

Sims said there no date’s been set for clinical trials to start, but the pair is hoping for early 2020.

The Free Press reported Primitive is also planning a grow facility in Michigan in the next few weeks, and also plans to eventually open medical marijuana dispensaries in the state.

Football And Weed: Former NFL Players Weigh In On Why Many Are Getting Involved With CBD Companies