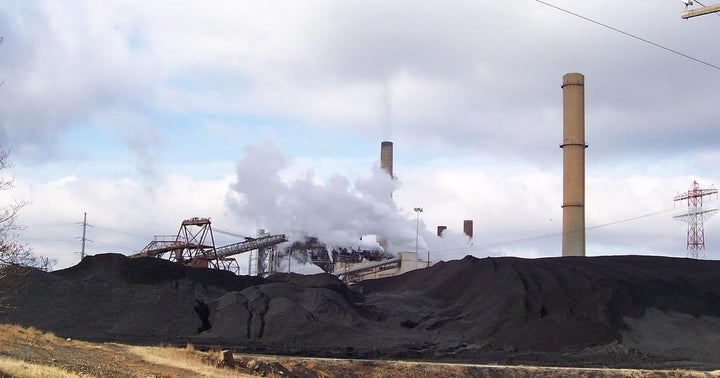 BofA Sidelined On Dominion: Dominion Energy announced on Sunday a 33% cut to its dividend alongside a dilutive transaction to dispose of the vast majority of its midstream, with the ex-50% stake in Cove Point remaining.

The big news is that Dominion Energy is scrapping its Atlantic Coast Pipeline project. Its asset sale to Berkshire signals a move to becoming a pure play alternative energy company focusing on natural gas, solar and wind transmission.

"We see risks associated with Atlantic Coast Pipeline as fully digested by the market, with fundamentals at the core utilities remaining solid, and we believe there is less overall downside risk to shares," the analyst said.

Why It’s Important: The analyst questioned whether the company will become even bigger in its environmental, social, and governance play.

Dominion Energy says it integrates ESG factors into its core businesses and operations.

In a previous note published in May, Dumoulin-Smith highlighted Dominion Energy as an “ESG contender,” adding that the company had the “single best opportunity” for renewable rate base with eligible investment opportunities among peers, with clear potential to further pivot to an ESG story.

ESG-Focused Investments Well-Positioned In 2020: “ESG looks certain to become ever more of a focus for companies and investors alike over coming years, both because of increased green investments by government and societal pressure,” Kingswood CIO Rupert Thompson said in an emailed statement.

Those companies with high ESG ratings tend to be high quality — and quite resilient in periods of economic stress like today, the CIO said.

"ESG-focused companies have also avoided sectors such as energy which have suffered from the collapse in the oil price. As a result, our ESG portfolios have also fared rather well so far this year."

Markets could be choppy in the coming months, and the risk of a correction exists, Thompson said.

"In this environment, a continued focus on themes such as those above should stand investors in good stead, both over this coming period and longer term."

What’s Next: The acquisition of Dominion Energy’s assets is expected to close this year, subject to regulatory approval.

BofA Securities calculates a negative $3-per-share impact from the loss of the Atlantic Coast Pipeline in sum-of-the-parts valuation with, $4 billion of $5-per-share of enterprise value offset by less capital commitments to complete the project.

The analyst said he is unsurprised by the decision on the Atlantic Coast Pipeline project given specific Nationwide Permit 12 (NWP 12) permit setbacks and associated tree felling implications on the project timeline.

D Price Action: Dominion shares were trading down 9.27% at $75.01 at the time of publication Monday.

Photo by Edbrown05 via Wikimedia.

Warren Buffett-Backed BYD Has Much Higher Revenue Than Nio, Yet A Similar Market Cap — Analyst Says That Could Change Soon

What Warren Buffett Says About High-Profile IPOs Like Airbnb, DoorDash

Big-name IPOs DoorDash Inc (NYSE: DASH) and Airbnb, Inc. (NASDAQ: ABNB) got off to volatile starts on the market this week. read more

Why It's Unlikely Warren Buffett Is Actually Investing In Snowflake

TSLA: Dogecoin Creator Says This Is The 'Ultimate C*ap Coin — ' And For A Good Reason