Casinos are just starting to open back up following COVID-19 shutdowns, but it may still be a while before some gamblers are willing to venture back to Vegas or even their local casino. Sports gamblers are still waiting for the return of Major League Baseball and other pro and college sports leagues.

In the meantime, some gamblers are looking to get their thrills in the stock market. But as many new traders learn the hard way, placing bets on the wrong stocks can be just as costly as picking the wrong horse at the racetrack.

Here are eight Bank of America buy-rated stocks that have high volatility ratings and at least 40% upside to analyst price targets.

Golar LNG owns and operates one of the largest independent liquid natural gas carriers and floating storage fleets in the world.

Analyst Ken Hoexter says Golar is a leader in the LNG transport and energy infrastructure business, and it has advantages over many of its competitors due to its more diversified offerings. In addition, Bank of America is bullish on long-term LNG prices as more terminals in Australia, Russia and the U.S. come online this year. Hoexter says there is upside to the company’s Golar Power EBITDA over the next two years.

Bank of America has a Buy rating and $15 price target for GLNG stock.

Gossamer Bio is a biotech company with a pipeline of clinical and preclinical drug candidates focused on immunology, inflammation and oncology.

Analyst Geoff Meacham said in March that Gossamer has several clinical candidates that have the potential to have massive total addressable markets treating a wide range of common conditions, including asthma and pulmonary arterial hypertension. Meacham said the company has a long list of potential near-term catalysts ahead that could potentially de-risk the stock and generate significant upside. He said data on BG001 in asthma is likely the biggest catalyst ahead.

Bank of America has a Buy rating and $26 price target for GOSS stock.

See Also: 7 Sin Stocks To Buy During The Coronavirus Shutdown

Analyst Eddie Lueng recently said he expects the company will shift gears from user growth in the second half of 2019 to optimizing its user acquisitions in the first half of 2020 due to the pandemic. Lueng says the company has a relatively sticky user base compared to its peers, and it's also exposed to less regulatory risk. Its user base of around 5 million people is only about 5% penetration of China’s educated young adult demographic.

Bank of America has a Buy rating and $19.80 price target for LX stock.

Millicom is a telecom provider for nearly 50 million customers in Latin America and Africa.

Analyst Rodrigo Villanueva recently said management took decisive action in preparing for the economic downturn by implementing more than $100 million in cost savings, cutting between $200 million and $300 million in capex, suspending $100 million in 2020 dividend payments and pausing $150 million in buybacks. Villanuava says prioritizing liquidity and cash is the right move, and the company’s subscription-based revenue should prove relatively resilient during the downturn while the stock’s valuation provides long-term upside.

Bank of America has a Buy rating and $56 price target for TIGO stock.

GW Pharmaceuticals is a biopharmaceutical company that focuses primarily on developing cannabinoid-based drugs for a wide variety of applications. GW’s Epidiolex was the first ever cannabis-based medication ever approved by the FDA.

Analyst Tazeen Ahmad recently said Epidiolex’s label could soon expand beyond epilepsy to tuberous sclerosis complex in the U.S., while launches in countries like Germany, the UK, France, Spain and Italy are also driving near-term revenue upside. Ahmad said Epidiolex’s sales trajectory up to this point has been impressive and has closely tracked the results of Bank of America’s previous doctor surveys.

Bank of America has a Buy rating and $230 price target for GWPH stock.

Given the delays, Stranahan estimated the highly anticipated Phase II NC318 data will likely now come in the first half of 2021 rather than the fourth quarter of 2020. The massive potential of NC318 and NC410 created home run potential for investors, but the inherent risk in the early-stage trial data generates inherent risk.

Bank of America has a Buy rating and $62 price target for NXTC stock.

Sina is the owner of leading online social media and wireless value-added service Weibo in China.

Leung recently said Sina’s ad revenue took a significant hit in the first half of 2020, but the COVID-19 outbreak likely went a long way in highlighting the value of Weibo given the government and media outlets used it to disseminate information. Leung is calling for a 1% drop in revenue in 2020, including a 10% decline in portal ads and a 9% increase in fintech revenue.

Like many other stocks, Leung is anticipating a strong recovery in the second half of the year and said user monetization, advertising, membership growth and app improvements are all bullish long-term drivers.

Bank of America has a Buy rating and $57 price target for SINA stock. 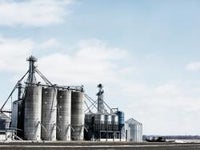 UPDATE: Goldman Sachs On Golar LNG Notes 'Shipping rates have risen in the recent past, as this new LNG supply entered the market, but we expect this incremental positive to slow from next year'

UPDATE: Goldman Sachs Initiates Golar LNG With Sell, $12 Target Notes 'We believe LNG supply additions have peaked in 2018-19 and will be slower through 2020-24'