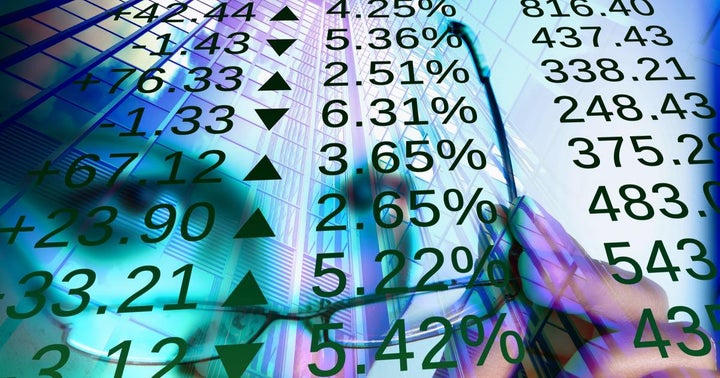 The Dow Jones Industrial Average lost nearly 2,000 points throughout Monday and Tuesday's sessions, making stocks $1.7 trillion less valuable compared to last week, according to data compiled by CNBC. Here is a brief summary of what multiple pros are saying amid a coronavirus-induced plunge.

Safanad Chief Investment Officer John Rutledge said markets are selling off as if the world is going to end. But as has always been the case in similar sell-offs, the world isn't coming to an end and investors would be wise to buy quality stocks "slowly and carefully."

"This will pass and we will end up with markets and economies back to normal again at some point later this year," he told CNBC.

See Also: 18 Medical Stocks To Watch Amid The Coronavirus Outbreak

Needham analyst Laura Martin told CNBC her firm lowered estimates for the first and second quarter of 2020, but kept its existing third- and fourth-quarter estimates unchanged.

However, June 1 would serve as a soft deadline to be sorted otherwise companies Apple Inc.'s (NASDAQ:AAPL) supply chain won't have enough time to build new products for its annual product launch.

Requisite Capital Management Managing Partner Bryn Talkington told CNBC the sell-off should be put in perspective. Last year saw a 7% decline in August and the sell-off for peak to trough in December 2018 to January 2019 was more than 20%.

"We have these sell-offs all the time," she said on CNBC.

There is a serious human element to the virus, but so far the "vast majority" of people who get sick are able to fully recover and return to their jobs, Morgan Stanley Investment Management's Andrew Harmstone said on CNBC. As such, the long-term growth potential of the U.S. economy would be more impacted by the 2020 U.S. presidential election.

Depending on who emerges victorious in the November election, there could be a reversal of multiple "business friendly" policies put in place by U.S. President Donald Trump, he said. The most notable of which is a reversal of tax cuts which would not only slow U.S. growth, but global growth.

See Also: A History Of Coronavirus Outbreaks And The Stock Market

BlackRock's Systemic Fixed Income Senior Portfolio Manager told CNBC his firm has a "fear gauge" that plots the relationship between the Volatility Index and the 10-year Treasuries. At its current level, the index is at its worst levels since the Eurozone crisis of 2011. This doesn't suggest now is a buying opportunity as doing so is akin to "catching a falling knife."

Among the worst next moves for the market is the U.S. Federal Reserve cut rates out of desperation, he said. Monetary policy is unlikely the best outlook to support stocks during the coronavirus outbreak.

Apple Isn't A 'Perfect Story,' But It Is A 'Great Investment': Gene Munster

Wells Fargo's Chris Harvey Says Software Is A 'Crowded Trade,' Look Toward This Sector Instead

Chris Harvey, the head of equity strategy at  Wells Fargo Securities, on Friday told CNBC he believes the software sector is a crowded place and that media and entertainment are set to see a record rally. read more