Here is a summary of how some of the Street's top analysts reacted to the print.

Morgan Stanley's John Glass maintains an Overweight rating on Domino's with a price target lowered from $305 to $287.

It should be noted Domino's sold 59 New York locations to franchisees during the second quarter and the financial impact was modeled differently throughout the Street, the analyst wrote.

The company's plan to increase its store count by 6% to 8% annually should succeed in delivering revenue growth. Also, the franchised business model lowers its financial exposure to increasing input costs and benefits its margins.

Domino's quarter and outlook makes it clear the company faces headwinds, although Tower said they're not "backbreaking." Growing competition from third-party delivery platforms is unlikely to stop Domino's from gaining share within the pizza category, but could prevent U.S. same-store sales growth from exceeding 3% to 6%.

Exiting Tuesday's print, consensus estimates for 2019 and 2020 are likely to trend lower, which Tower said makes it difficult to imagine upside in the stock over the next year. Until then the company needs to achieve its system-wide sales target of 8% to 12% for the stock to warrant a premium valuation versus its quick service peers. 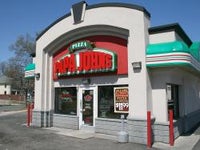 Why You Should Eat Up Papa John's Stock Over Domino's Pizza 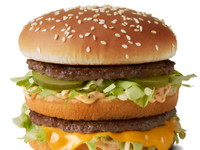 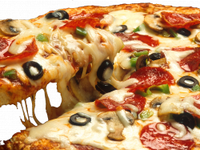