Semiconductors: Which Stock Positions To Add To, Which To Take Profits In

The hot-and-happening tech sector is going from strength to strength, and the semiconductor sector, which is a major sub-sector within the tech sector, has also performed exceptionally well in recent times.

However, the analysts expect the ratio to moderate a bit, heading into the seasonally weaker calendar year fourth quarter.

Morgan Stanley indicated that its AlphaWise distribution survey has picked up signs of potential cyclical flags in the broad-based analog segment, which has seen double-digit year-over-year growth. This growth rate has been clearly above the end market growth.

However, the firm feels any downtick in growth could lead to a sharp inventory correction.

See also: 5 Reasons To Invest In Semiconductors, And 5 Of The Best Stocks To Own

Getting Out Ahead Of A Correction

Morgan Stanley highlighted a striking feature of the current environment, where semiconductor companies are trying to get out in front of a potential correction.

“We don’t think such a scenario is under the control of semiconductor companies, although a preemptive move by them to make adjustments before business turns down is a change in behavior relative to prior cycles,” the firm added.

if industry trends remain healthy, aided by company-specific growth drivers and greater upside potential in margins, the firm is more confident in the upside opportunity for these stocks.

However, if the risks of overheating materialize into an inventory correction, the firm thinks even these stocks could sell.

On the other hand, the firm is of the view that Maxim Integrated Products Inc. (NASDAQ:MXIM) and Cypress Semiconductor Corporation (NASDAQ:CY) are relatively unattractive. 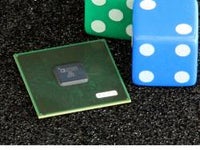 From ADI To AMD, Morgan Stanley Breaks Down Semiconductors