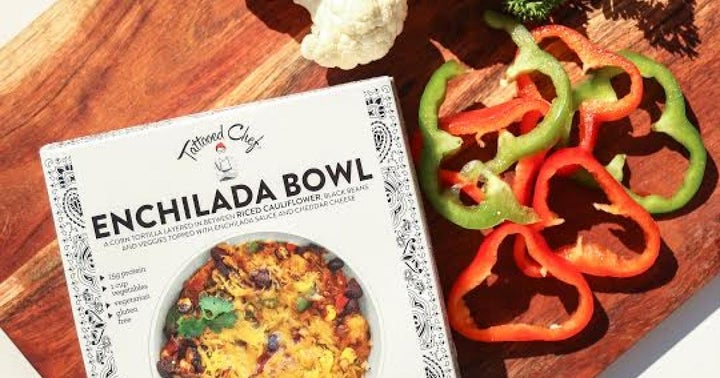 Sometimes an issue can get hot early on in the message boards and then cool off. With no news at the moment on the plant-based food company Tattooed Chef Inc. (NASDAQ:TTCF), its price action makes Wednesday's PreMarket Prep Stock of the Day.

Tattooed Chef's SPAC Trajectory: Tattooed Chef went public in a special purpose acquisition company deal between Forum Merger II and Ittella International that was approved in October. It began trading on the Nasdaq in November.

The volatile price action was similar to other SPACs in the pre-acquisition mode. Until May 2020, the issue traded at the $10 area and ebbed and flowed with the crazy action in the SPAC market.

Interestingly, the issue made its all-time one month before the official announcement, as speculators drove many of the SPAC stocks much higher in rallies not based on any fundamental information.

The SPAC Announcement And Price Action: On Oct. 15, the formal announcement was made midday between the two parties in the SPAC deal. For that day, it appeared to be “sell the news,” as the issue swooned from $26.18 to $24.20.

Some optimism over the deal lingered the following day, as the issue rallied to $27.20, its highest level since the all-time high, and ended the session higher by over $1 at $25.13.

Stock Is Volatile, Has Gone Nowhere In 2021: Tattooed Chef came near its all-time high in January, peaking at $27.20. The extended decline of that rally found support above the December low ($14.02) at $15.42, and the stock staged another rebound.

The Premarket Pump, Price Action: Perhaps based on Tuesday’s strong session ($17.70 to $21.28), once again on news, the issue peaked at $22.29 in premarket trading Wednesday and was at the level off the open.

Photo: a Tattooed Chef enchilada in the box. Courtesy of the company.

$AXS, $DOGE, $ETH: Dogecoin Misses Out But These 6 Cryptocurrencies Have Given Over 5000% Return This Year