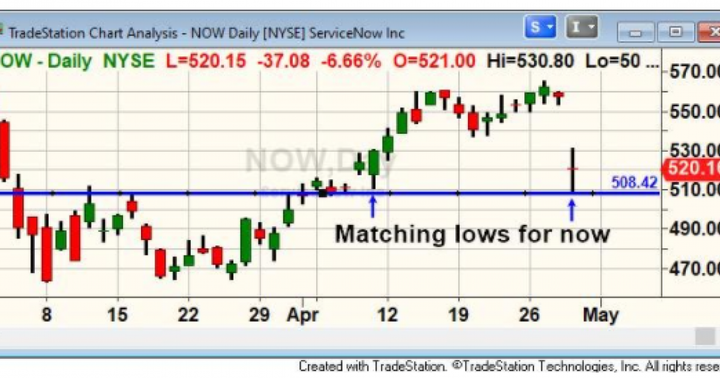 For the most part, technology companies have been announcing good earnings reports and have continued to rally. ServiceNow Inc. (NYSE:NOW)) did beat Street estimates but is trading lower and is the PreMarket Prep Stoick Of The Day.

The Company: ServiceNow provides software solutions to structure and automate various business processes via a SaaS delivery model. The company primarily focuses on the IT function for enterprise customers. ServiceNow began with IT service management (ITSM), and has expanded in many different areas of IT.

The issue still could have been purchased under $250 in early April, when it bottomed at $246.67. After a nine-month winning streak, it took a breather in January, but bolted to new all-time in February at $598.37 and reversed course. Its all-time closing high was made on Feb. 11 at $594.47.

Growth Tech Slaughter: During February and into March, tech stocks with high price-to-earnings ratios were taken out to the woodshed and ServiceNow fully participated, Based on its closing price from Wednesday, it still traded with forward P/E of 108.

Q4 Report: After the close on Wednesday, the company reported quarterly earnings of $1.52 per share, which beat the analyst consensus estimate of $1.34 by 13%. This is a 44% increase over earnings of $1.05 per share from the same period last year.

However, the Street is not taking a liking to the announcement the company has filed a registration for a mixed securities shelf offering in which no size was disclosed. Obviously, traders are waiting around to see how dilutive the offering may be.

Price Action During Show: When the issue was being discussed on the show it was already deep in the red and trading at the $520 area. Dennis Dick was leery of buying the dip, saying, "After the rally off the March, those who did get out this week are trapped and the chart is in the middle of nowhere."

The author of this article identified the entire $510-$520 area as a possible support area,

Price Action During The Regular Session: After a lower open it attempted to rally, but only reached $520.87 and then continued its move lower. It did find buyers at the lower end of the aforementioned range at $508.52, which coincides with just under its April 9 low ($510). As of 1 p.m. ET, it has rebounded and it's attempting to make a new high for the session.

The full discussion on the issue from Thursday’show can be found here. 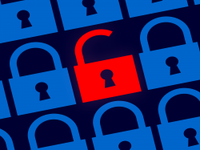