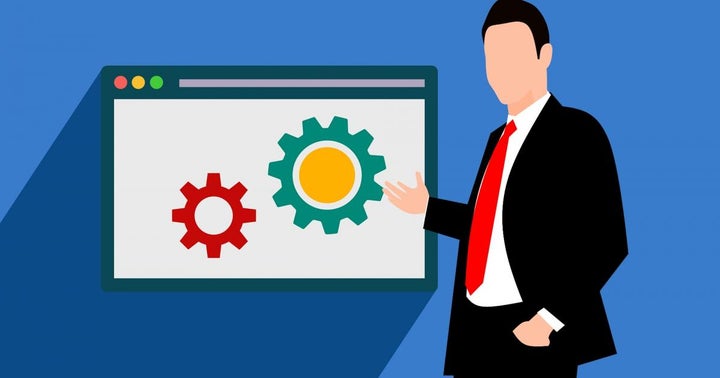 Benzinga’s latest Stock Wars matches up two leaders in a major industry sector, with the goal of letting readers decide which company is the better investment.

This week, the duel is between two old-school titans of the tech world: IBM (NYSE:IBM) and Xerox Holdings Corp (NYSE:XRX).

Big Blue Blossoms: On June 16, IBM will be celebrating its 110th year in business. Originally known as the Computing-Tabulating-Recording Company, it became International Business Machines in 1924; the company’s thick-lettered logo gave it the nickname “Big Blue.”

Over the past year, the Armonk, New York-headquartered IBM has acquired nine privately-held companies, including the cloud computing consultancy Taos, the Salesforce consultancies 7Summits and Waeg, the cloud cybersecurity provider Spanugo and the Brazil-based WDG Automation.

Last October, the company announced it would split into two entities with the IBM operation concentrating on cloud computing and artificial intelligence solutions and a newly-formed company called Kyndryl that would become “the world’s leading managed infrastructure services provider,” with relationships involving more than 4,600 clients in 115 countries.

While it reshapes corporate operations, it has also been busy on the tech front. Earlier this month, IBM introduced the first semiconductor chip with 2-nanometer nanosheet technology, which the company said would achieve a 45% higher performance level — or 75% lower energy use — than the most advanced 7 nm node chips now in use.

IBM has also been laying the groundwork for a new generation of tech professionals via a new quantum education initiative with the nation’s historically black colleges and universities and with an IT Infrastructure apprenticeship accelerator program designed to recruit and develop candidates who have no previous experience working in the technology field.

In its Q1 earnings announced last month, IBM reported $17.7 billion in revenue, a 1% year-over-year increase and the first increase after four consecutive quarters of revenue declines. The company’s earnings per share (EPS) for the quarter were $1.06 a share and non-GAAP EPS was $1.77.

But there were quarterly year-over-year declines for its global technology services, which include infrastructure and cloud services and technology support services ($6.4 billion, down 1.5%) and its global financing segment that includes financing and used equipment sales (revenues of $240 million, down 20%).

“Strong performance this quarter in cloud, driven by increasing client adoption of our hybrid cloud platform, and growth in software and consulting enabled us to get off to a solid start for the year," said Arvind Krishna, IBM chairman and CEO. "While we have more work to do, we are confident we can achieve full-year revenue growth and meet our adjusted free cash flow target in 2021.”

A Cleaner Copy: Founded in 1906 as the Haloid Photographic Company, Xerox’s headquarters in Norwalk, Connecticut, is roughly a half-hour drive from the IBM headquarters, but the two companies have been worlds removed in terms of corporate focus.

Xerox’s problems started three years ago when the company was on track to be acquired by Japan's Fujifilm Holdings Corp (OTC:FUJIY) in a $6.1 billion deal. The transaction was canceled due to the machinations of shareholders Carl Icahn and Darwin Deason, who also managed to replace the company’s leadership with executives they preferred. By the time this contentious issue was settled in November 2019, Xerox turned its attention to a hostile takeover of HP Inc. (NYSE:HPQ). The company ceased its efforts when the COVID-19 pandemic took root.

Last fall, Xerox’s tech cred took a PR hit over a pair of widely reported cybersecurity breaches, a situation made all the more embarrassing because Xerox has sought to position itself as a cybersecurity expert. Adding to the mayhem was Icahn’s mysterious insistence on increasing his stake in the company, which ballooned from 12.82% ownership in August 2020 to 17% in February 2021.

Still, the company has sought to maintain a proactive strategy in the face of its struggles. In February, it announced it would three create new businesses — Software, Financing and Innovation — although details on whether these will become separate entities like IBM’s Kyndryl or subsidiaries has not been stated.

This year saw the company go on acquisition mini-spree by purchasing the augmented reality company CareAR in January and the Quebec-based document management provider Groupe CT Inc. in April; another Canadian firm, the software services provider Digitex Canada, was acquired in March 2020.

Among its segments, Xerox’s equipment sales generated $381 million in the first quarter, up from $325 million one year earlier. But revenues from its services, maintenance and rentals fell to $1 billion from the previous year’s $1.2 billion and financing revenue dropped to $55 million from $59 million.

Still, CEO John Visentin remained optimistic, noting that as “small and medium-sized business and enterprise clients planning to return more employees to the office, our differentiated offerings are well-positioned to serve their growing needs. The strength of our performance, portfolio and strategy give us confidence we will return Xerox to growth in 2021.”

The Verdict: Xerox attributed its wobbly Q1 to the continued closure of many offices as a result of the pandemic, but one can easily imagine a more vibrant earnings report in Q2 and Q3 as the increased levels of vaccinations and the return to increased levels of pre-pandemic normalcy takes root.

As for IBM, it is difficult to imagine what will take place once Kyndryl is fully spun off — tech industry reaction was mild, at best. And even though it offers cutting-edge solutions on cybersecurity, cloud computing and artificial intelligence, IBM doesn’t quite captivate the way that the FAANG stocks command attention.

Nonetheless, IBM is in a stronger financial position compared to Xerox. And if it is not today’s bright shiny object, it's nonetheless a solid and reliable addition to a portfolio.

What is your opinion on an IBM-Xerox stock duel? Share your thoughts at editorial@benzinga.com and philhall@benzinga.com.)