5 REIT Stocks You May Want To Consider 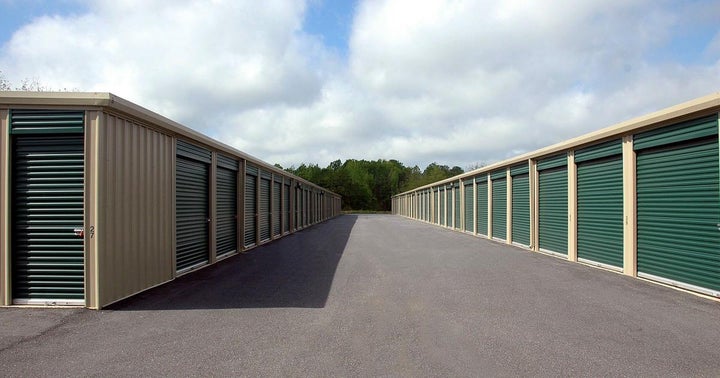 So you're interested in adding a real estate investment trust to your portfolio? As luck would have it, this article takes a look at five REITs that are somewhat under the proverbial radar and could complement your existing investing strategy.

Why A REIT? The great thing about REITs is they are required to distribute at least 90% of taxable income to shareholders through dividends. This allows anyone to own stock in a REIT and — pardon the expression — collect "rent" on a portfolio of properties in the form of a dividend.

As a result of this setup, REITs tend to have above-average dividend yields when compared to the average S&P 500 stock yields.

But that's not to say REITs don't have some drawbacks for investors. For starters, they generally don't meet the IRS definition of "qualified dividends" that are taxed at lower rates than ordinary income, and they are sensitive to fluctuations in interest rates. Also, they are aimed at long-haul investors — the pump-and-dump crowd doesn't bring their knockabout to this sector.

That being said, let's take a look at five REITs that rarely command the financial media spotlight.
Related Link: How to Invest in REITs

Extra Storage Space (NYSE:EXR): As its name would suggest, this Utah-based REIT is focused on the self-storage unit sector. With a portfolio consisting of over 1,900 self-storage stores in 40 states, Washington, D.C. and Puerto Rico, it is the largest self-storage management company in the nation and the second-largest owner and/or operator of self-storage stores.

The self-storage unit sector was one of the stronger corners of the commercial property industry during the pandemic, as downsizing businesses and residences relied on these units to temporarily house belongings that they were not eager to throw away.

Sector REITs posted positive total returns of 5% during the pandemic, while other commercial real estate sector REITs experienced losses as significant as 60%, according to Kidder Matthews research.

Joe Margolis, CEO of the company, pointed to 16.5% core FFO growth during the fourth quarter, which also saw peak occupancy levels. During 2020, Margolis noted the company added 165 stores to its management platform and invested almost $1 billion in capital into the sector.

"While future risks and uncertainties related to the pandemic and general macro-economic conditions may still impact future performance, we believe we are well positioned for another great year of FFO growth in 2021," he said.

In many ways, its efforts have paid off: it ended the fourth quarter with a 90.3% in-service occupancy rate and a 99.7% rent collection level.

In announcing the fourth quarter earnings, President and CEO Ted Klinck looked back at 2020 and acknowledged the company made it through the pandemic by "lowering operating expenses, collecting rents, shoring up lease renewals, selling non-core properties and increasing our liquidity. While our financial performance was impacted by the economic disruption caused by the pandemic, we were able to deliver FFO, excluding one-time charges, roughly in line with our original expectations."

Looking ahead, Klinck pointed to Highwood Properties' "limited large lease expirations remaining over the next few years" plus a $503-million, 79% funded development pipeline that is 79% pre-leased and is expected to "deliver over the next four quarters, providing significant NOI and cash flow growth."

He also anticipated a "meaningful upside potential" through parking revenues and stated the company was ready with "ample liquidity to capitalize on future growth
opportunities."

Since federal law still prohibits cannabis commerce, many cannabis companies have found it difficult, if not downright impossible, to either directly acquire commercial space or secure leases for potential facilities.

IIPR comes to the rescue with a pair of options: it either directly purchases distressed properties and leases them to cannabis companies in states where medical marijuana commerce is legalized, or it acquires the facilities directly from the cannabis companies and then leases it back.

This business model has paid off for IIPR. The stock has risen by 242% over the last 12 months. With a portfolio covering 67 marijuana dispensaries across 17 states, the company's properties are 100% leased and it has collected 100% of its rent due, generating $117 million in rental income during 2020.

What could happen to IIPR's operations if federal policy on cannabis is shifted under the Democrat-controlled Congress and the Biden White House is the big question. Neither side of Pennsylvania Avenue has made cannabis policy reform a priority at the moment.

Sun Communities Inc. (NYSE:SUI): This Michigan-based REIT, which celebrated its 45th anniversary last year, invests in manufactured housing and recreational vehicle communities. Sun Communities has an interest in 552 communities in 39 states and Ontario, and through its $2.1-billion acquisition last September of Safe Harbor Marinas LLC it also owns and operates 106 marinas across a 22-state span.

Sun Communities is only one of two REITs focused on manufactured housing, and with its $16-billion cap, it's among the largest residential REITs on the market. And while the residential real estate market did not experience the pandemic-era convulsions of its commercial property counterparts, Sun Communities has chalked up a 96.6% occupancy rate across its portfolio and more than 96% rent collection.

In the company's recent fourth-quarter earnings call, Chairman and CEO Gary Shiffman laid out a four-pronged strategy for 2021: Reinvestment in existing properties, continued acquisition pursuits of manufactured housing communities, RV resorts and marinas, construction of expansion sites and the construction of greenfield developments.

"Together, these four strategies support the long-term sustainability of delivering industry-leading growth," he said.

Compared to other REITs, Urstadt Biddle might be considered on the small side: It has a market capitalization of $542 million and company insiders own $44 million in shares, with CEO William Biddle holding 6.4% of the total shares outstanding.

On the plus side, however, Urstadt Biddle's geographic footprint saw an influx of new residents over the past 12 months who were eager to move out of the pandemic-ravaged Big Apple in search of less expensive real estate and a better quality of life. The business environment in these areas is reflected in the REIT's occupancy figures: 99.1% of its total tenants are currently open and operating based on annualized base rent.

While the retail sector suffered a significant dent during the pandemic, this REIT concentrated on the properties that maintained their stability during the maelstrom.

In announcing the third quarter earnings last September, CEO Biddle observed that 84% of the REIT's properties as measured by square footage "are anchored by grocery stores, wholesale clubs or pharmacies, and these businesses have remained open and thriving during this crisis, proving how critical they are to the communities that they serve."

Are Self-Storage REITs Moving Toward Consolidation?

Is The United States Still The 'Dominant Global Economy?'