Should Microsoft Try To Acquire AMD, Nvidia or Micron In 2021? 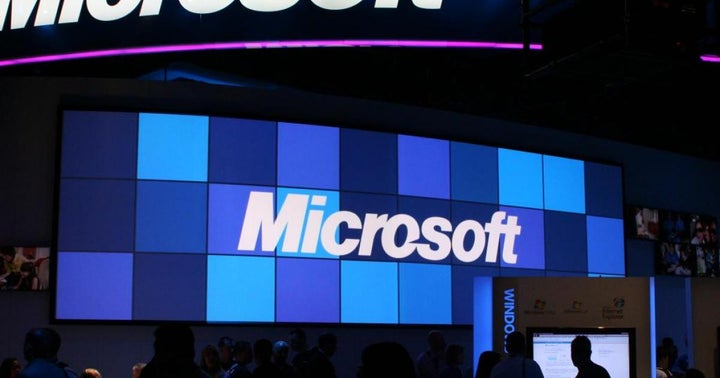 This week we posed the following question to over 1,000 traders and investors about Microsoft Corporation (NASDAQ:MSFT):

Over the next year, should Microsoft try to acquire AMD, Nvidia or Micron?

Microsoft develops and licenses consumer and enterprise software. It is known for its Windows operating systems and Office productivity suite.

At time of publication Microsoft’s market cap measures in at $1.83 trillion. For context, this figure exceeds the combined market caps of Nvidia ($336 billion), AMD ($106 billion) and Micron ($90 billion) three times over.

Our survey found 32% percent of respondents saying Microsoft should move forward on an M&A with AMD in 2021.

AMD designs and produces microprocessors for the computer and consumer electronics industries. The majority of the firm's sales are in CPUs and graphics processing units.

Many traders and investors were vocal in their support of AMD, saying it has time and again proven itself with its processors and GPUs in the gaming industry. Respondents said AMD should be seriously considered as a top M&A contender with Microsoft, as the two tech companies have had several prior partnerships, including a recent Xbox Series X|S project which integrates full AMD RDNA 2 architecture.

Next, 28% of traders and investors responded that Microsoft should complete an M&A with Nvidia this year.

Nvidia is a leading designer of GPUs. The company’s chips are used in a variety of markets, including high-end PCs for gaming, in a GPU-accelerated AI shopping tool for Facebook, Inc. (NASDAQ: FB) and for autonomous driving tech in many Tesla Inc (NASDAQ: TSLA) electric vehicles.

Respondents in this group cited Nvidia as an essential developer and leader in future chipmaking that has made a name for itself in the auto and bio-intelligence industries. An Nvidia acquisition would immediately bolster Microsoft’s mobile computing units.

Only 6% of traders and investors saw a Microsoft-Micron M&A making sense during 2021.

Respondents said Microsoft should look to acquire Micron’s ultra-bandwidth solutions, which are known to deliver maximum bandwidth to feed client’s data-hungry workloads like high-performance computing, artificial intelligence systems and professional visualization workstations, as traders believe these fields will continue to spike in demand amid a transition to long-term remote working conditions.

Finally, 30% said Microsoft should not acquire any of the three companies.

It’s worth noting that several respondents who were opposed to these M&As believed the Redmond-based tech giant would be better served focusing on research, development of cloud-based tech and a possible M&A in the cloud sector.

This survey was conducted by Benzinga in February 2021 and included the responses of a diverse population of adults 18 or older.

Opting into the survey was completely voluntary, with no incentives offered to potential respondents. The study reflects results from over 1000 adults.

The QQQ, SPY And DIA All Soared Today. Here's Why.

The Invesco QQQ Trust Series 1 (NASDAQ: QQQ) had another impressive day of trading Thursday, the fund seeing gains of 1.52% and finishing higher at $341.61. read more

AMD Vs. Nvidia: What Do The Charts Say Is A Better Buy Right Now?

The New York State Teachers’ Retirement System, one of the largest public pension funds in the United States, has piled on shares of Tesla Inc (NASDAQ: TSLA) and Charles Schwab Corporation (NYSE: SCHW), according to read more

Will AMD, Nvidia Or Intel Stock Grow The Most By 2022?