Investors waiting for another avenue to tap video game stocks and the global e-sports boom do not have to wait any longer. The VanEck Vectors Video Gaming and eSports ETF (NYSE:ESPO) debuted Wednesday.

The VanEck Vectors Video Gaming and eSports ETF isn't the first video game-related ETF to come to market. That distinction belongs to the ETFMG Video Game Tech ETF (NYSE:GAMR), which debuted in March 2016 and now has $120.77 million in assets under management.

The new ESPO's underlying index “which is intended to track the overall performance of companies involved in video game development, eSports, and related hardware and software,” according to New York-based VanEck.

The growth of e-sports is undeniable and that trend isn't just about players, but viewers as well. The global competitive gaming audience is expected to swell 380 million this year, according to VanEck.

Since the start of 2017, some of the most watched sporting events were e-sports competitions, indicating e-sports pose a significant competitive threat to traditional sports leagues, such as the NFL and NBA. The 25 companies in ESPO's roster must generate at least 50 percent of revenue from eSports or video game-related activities.

The video game market “is predicted to generate close to $140 billion in revenue in 2018, an increase of more than 13 percent from 2017,” according to VanEck. “It’s not just that people are playing more video games on more platforms; one of the driving factors of growth for the industry has been the emergence of professional video gaming, or eSports. We anticipate that established video game companies are set to benefit the most with the rise of eSports, through partnerships, league ownership, sponsorships, franchising, and other marketing arrangements.”

ESPO features exposure to nine countries, led by a combined weight of almost 60 percent to the U.S. and Japan. Over 95 percent of ESPO's holdings reside in the communication services and technology sectors. The new ETF charges 0.55 percent per year, or $55 on a $10,000 investment. 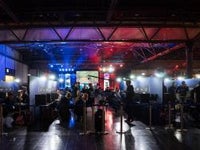 Examining The VanEck Esports ETF And Its 30% Surge This Year

The stock returns of video game makers, such as Activision Blizzard (NASDAQ: ATVI) and Electronic Arts (NASDAQ: EA), have been impressive this year. read more 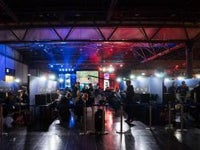 Some Perspective On The Potent Esports ETF

Ad Revenue Another Big Catalyst For The Esports ETF

An Electric Outlook For The Esports ETF