Despite early fears, it turned out 2017 was a pretty hot year for marijuana stocks.

“This is a year where the patient were rewarded, which is not that surprising to me,” Alan Brochstein, founder of 420 Investor, said Dec. 28 on Benzinga's PreMarket Prep.

Alarms were raised as the market bottomed at the end of October, but Constellation Brands’ (NYSE:STZ) "truly historic investment" in Canada’s Canopy Growth Corp (OTC:TWMJF) triggered buying throughout Canada and the U.S. and propelled Brochstein’s index 150 percent.

“Depending on who you listen to, it was a transformational deal for the sector or for the company, and either way it was a very big deal,” Brochstein said.

Although no other U.S. companies have yet imitated Constellation, Brochstein considers the deal a wake-up call to other alcohol or pharmaceutical companies to get exposed now to the global interest taking root in Germany, Australia, Uruguay, and other worldwide sites.

In fact, it may spark a trend in 2018, particularly as legalization expands throughout California and Canada. Brochstein expects more companies to capitalize on the cannabis trend, from beverage firms like Constellation to pharmaceuticals like GW Pharmaceuticals PLC-ADR (NASDAQ:GWPH).

GW’s Epidiolex, with a June PDUFA date, could hit the market in late 2018 and inspire rival treatments.

“Alcohol and big pharma, these are really the two threatened areas by cannabis legalization,” Brochstein said, suggesting that vigilant players could soon embrace the theme rather than be routed by it.

Apart from diversification of involved companies, 2018 could see another trend in blockchain.

International Business Machines Corp. (NYSE:IBM) already pitched its use to British Columbia to help regulate and track the chain of custody of cannabis. “The blockchain itself is very important to the cannabis industry,” Brochstein said.

But he warned investors of fundamentally flawed companies exploiting the buzzword.

“If you see a company talking about blockchain and cannabis, 95 percent chance they’re a scam,” Brochstein said. “…It’s these crappy companies that are playing the blockchain card, in my opinion.”

The Status Of Pot Stocks

Brochstein conceded that many cannabis stocks are presently expensive.

“I will be the first to say that, yes, a lot of these stocks are overdone technically,” he said. “Some of my technical indicators say that the first quarter could be a bit light for these names. I think if you’re not willing to look past Canada, they’re definitely overvalued, and even if you’re willing to look past Canada and try to incorporate some of these unknowns in terms of other markets, they’re probably overvalued.”

However, he advised investors to look beyond expense and not fear the opportunities.

While not a favorite in the current cannabis bull market, Brochstein expects GW Pharma to secure approval for its Epidiolex product and eventually inspire his bullishness.

“I think Epidiolex is going to be a billion-dollar drug and the stock will probably go higher, but who knows between now and then how it’s going to play out,” he said.

In his estimation, the people behind the ETF have failed to demonstrate understanding of the space are are making “stupid” investments in the likes of Asian tobacco companies.

While “not a fan” of Canada’s Horizons Marijuana Life Sciences IDX ETF portfolio, which excludes a lot of major companies and exposes investors to non-pure plays, like GW Pharma and Scotts Miracle-Gro Co (NYSE:SMG), he respects the “professionally run organization” and its $400 million in assets.

Meanwhile, he considers Innovative Industrial Properties Inc (NYSE:IIPR), a real estate investment trust, slightly overvalued but positioned to boast a capital advantage over peers in a business leveraging industry-wide difficulty to own cannabis space. However, he wouldn’t buy in until the firm has raised more capital.

Listen to the full interview in the clip below. Brochstein's segment begins around the 35-minute mark.

The 420 Investor Breaks Down Growth In The Canadian Marijuana Market 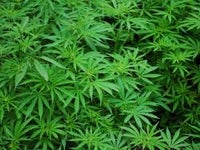