Whitney Tilson moved two stocks on Tuesday with his long-short views on the pair, with Wingstop Inc (NASDAQ: WING) finding itself on the wrong side of his equation, while Lumber Liquidators Holdings Inc (NYSE: LL) was back in favor.

At the Robin Hood Conference, Tilson, who runs the hedge fund Kase Capital, revealed via a slide presentation his favorite long and short ideas.

Tilson’s premise on going short is due to multiple reasons, including an absurd valuation for the stock (62 times its trailing EPS estimate), decelerating same store sales growth, lack of uniqueness about the business, low likelihood of the company hitting its target of tripling the number of units in the United States to 2,500 and anemic annual and revenue performance.

No Longer Short On Lumber Liquidators Amid Settlements

Lumber Liquidators, which Tilson pitched as a short idea in 2013 and again in 2014 after the stock collapsed precipitously in the wake of the exposure on the formaldehyde scandal, is back in favor. Although fundamentals are still cloudy, Tilson feels the very fact that the company has managed to settle most regulatory investigations and lawsuits suggest the company would survive. Tilson feels it looks an ideal acquisition candidate.

Berkshire Hathaway Inc. (NYSE: BRK.A) (NYSE: BRK.B) was touted as long idea, as Tilson estimates the intrinsic value of the stock to be nearly 25 percent above the current levels.

Overall, Tilson termed the approach toward portfolio positioning as very cautious with respect low gross and net exposure. In the scale of caution, the current scenario, according to him, ranks third next only to the peak of the internet and housing bubbles.

Lumber Liquidators, which was hovering above the unchanged line for much of Tuesday’s session, saw a short spike up in late trading in reaction to the development and settled up 2.81 percent on roughly 1.3 times its average volume.

The stock is up 3.05 percent in the year-to-date period.

Since a peak around $116 in late 2013, the stock has been on a wane, plummeting to around $12 in August 2015. Since then, it has largely been on a sideways channel around these depressed levels.

Meanwhile, Wingstop, which was seeing a sideways movement below the unchanged line on Tuesday, dipped on the news and saw some volatility thereafter and settled down 3.85 percent at $29.99 on over three times its average volume.

The stock is up roughly 32 percent in the year-to-date period. 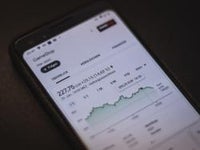 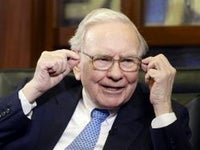 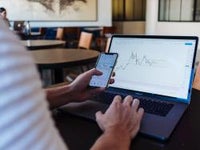 Will Bank Of America Or Wells Fargo Stock Grow More By 2025?

Every week, Benzinga conducts a sentiment survey to find out what traders are most excited about as they manage and build their personal portfolios. read more