On May 13, the Wall Street Journal reported that General Electric Company (NYSE: GE) is looking for a buyer for its estimated $5 billion commercial lending arm in Japan, the latest in a series of moves refocused operations back on core industrial manufacturing businesses.

GE CEO Jeffrey Immelt continues to methodically pare down his GE Capital unit from a $500 billion global financial conglomerate, to a much smaller operation geared to support GE's efforts in its key aviation, health care and energy vertical markets. 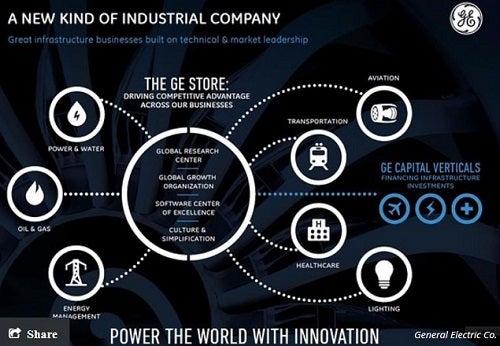 GE Capital required a liquidity transfusion from the Federal TLGP during the 2008 financial meltdown. This also led to GE's designation as a "systemically important financial institution" (SIFI), and adherence to strict SIFI compliance requirements.

An additional dividend accruing to GE from selling off the majority of its GE Capital unit assets would be the removal of the SIFI designation, from what was the seventh largest U.S. lending institution.

According to the WSJ, the most valuable part of the franchise is the financing of commercial vehicle fleets, with likely buyers including: Japan's largest financial institutions, such as Mitsubishi UFJ Financial Group Inc.'s leasing unit and Sumitomo Mitsui Financial Group Inc. 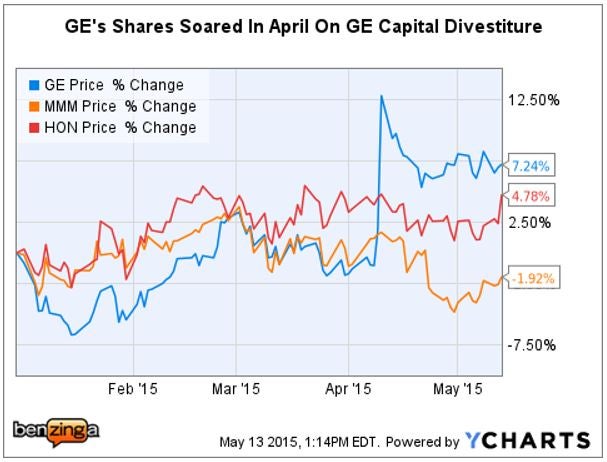 Despite the financial engineering intended to return GE to its glory days, shares remain essentially flat, up just 1 percent during the past 12 months.

Blackstone's Willis Tower Purchase Set A Record, But Is It Really A Bargain?