A Real Estate Affair To Remember: Does Equinix Shameless Flirtation With Telecity Foreshadow Breakup For InterXion?

Telecity continued, describing the company, “These data centres are the places in which separate networks that make up the internet meet and where bandwidth-intensive applications, content and information are hosted.” 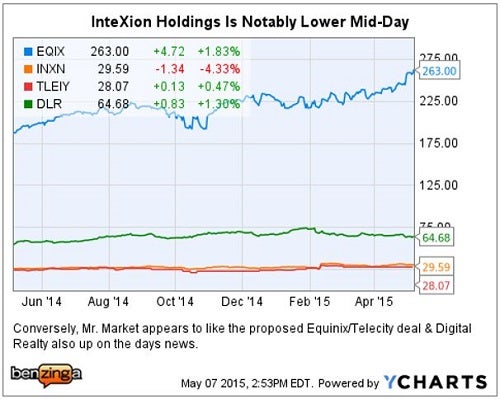 This strategic move by Equinix may trip up that pending combination, in a move to block Digital Realty Trust, Inc. (NYSE: DLR) from acquiring Telecity’s European network in order to compete in the future with the Equinix IBX Data Center network.

However, according to the March publication, “The implementation agreement may be terminated in certain circumstances, including:

If the merger doesn’t go through, under certain circumstances, Telecity would owe Interxion a break-up fee equivalent to just under $23 million.

In response, Interxion issued a statement on May 7, which stated,
“Interxion continues to believe that the pending Merger with TelecityGroup is a strategically compelling combination that delivers meaningful value to Interxion and TelecityGroup shareholders as well as their customers.

"Pursuant to the terms of the Implementation Agreement, TelecityGroup’s entrance into discussions with Equinix releases Interxion from its exclusivity obligations with TelecityGroup during the pendency of the discussions.” 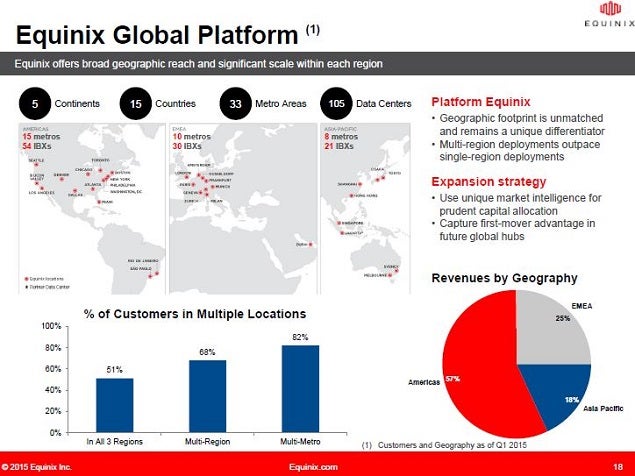 Although EMEA only represents 25 percent of revenues, the “network effect” makes it difficult to understand the value those assets add to the Americas and Asia/Pacific.

Digital Realty has historically operated in the wholesale data center segment, not so much in colocation and cloud offerings. 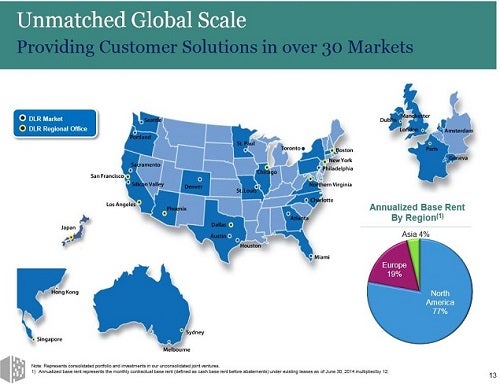 Digital Realty has been engaged in a block and tackle effort spearheaded by long-time CFO and recent CEO Bill Stein to rationalize the Digital Realty footprint, lease existing space and focus on improving ROIC.

However, Digital has also invested during the past few quarters in linking its data centers to create a network.

Recent management moves and new hires signal a renewed focus on colocation customers and partnerships with vendors to increase the breadth of customer offerings.