Memorial Day weekend is almost upon us, the traditional start of the summer season. So it must be time to stock up for picnics and barbeques. Good for the supermarkets, right? But with the specter of rising foods costs, is this actually good time to consider supermarket stocks?

Below is a quick look at 10 grocers, big and small. Note though that this list does not include big-box stores and dollar stores that also offer food stuffs in addition to other merchandise, even though Walmart (NYSE: WMT) is the largest seller of groceries in the nation (more than half its annual sales now come from groceries).

Casey’s General Stores (NASDAQ: CASY): Casey’s operates some 1,500 convenience stores in the Midwest. The company reported acquiring 64 new stores in its third quarter. “We believe we are gaining market share and the Company is positioned well for future revenue and earnings growth,” said CEO Robert Myers. But the stock has underperformed the broader markets year to date.

The Fresh Market (NASDAQ: TFM): The share price is up more than 26% since this green grocer’s initial public offering in November. The company opened 8 new stores in fiscal 2010 and expects to open 12 to 14 more in 2011. Analysts expect earnings per share to grow 20.8% in the next five years. Year to date, the stock has outperformed the grocery store industry average.

Ingles Markets (NASDAQ: IMKTA): This dairy and 200-supermarket chain has delivered 46 consecutive years of sales growth. It also reported record earnings results in the second quarter. The dividend yield is 3.8%, one of the highest in the industry. The share price has pulled back about 8% in the past month but is still about 16% higher than a year ago.

Kroger (NYSE: KR): The nation’s largest grocery chain has raised prices about 2% in the past year due to higher commodity and energy prices. It also benefits from the sale of gasoline at more than 1,000 of its stores. The Cincinnati-based company has a dividend yield of 1.6% and a return on equity of 21.7%. The stock has outperformed the broader markets in the past three months.

Ruddick (NYSE: RDK): The Charlotte, North Carolina-based company operates some 200 Harris Teeter supermarkets in the southeastern states. Since the second quarter of fiscal 2010, the company has opened eight new stores and its plans include continued expansion. Shares are trading near an all-time high after rising about 16% since the beginning of the year.

Safeway (NYSE: SWY): This company also passed through rising costs and saw little push back from consumers. Its board recently raised the quarterly dividend by 21%, bringing the yield to 1.9%. Safeway has a long-term earnings per share growth forecast of 10.4%. The share price is about 12% higher than three months ago despite a recent pullback.

SUPERVALU (NYSE: SVU): Minnesota-based SUPERVALU recently found itself on Barron’s list of the top 500 publicly traded U.S. and Canadian companies. It also recently announced plans to increase its private label sales. The company has a 3.5% dividend yield. The share price is about 18% higher than three months ago despite a recent pullback.

Weis Markets (NYSE: WMK): This 165-store chain was founded in 1912. “We’ve significantly increased the pace and tempo of our growth,” said Vice Chairman Jonathan Weis in April. “We continue to reinvest in our stores, information technology systems and human capital at an unprecedented rate.” The share price reached a multiyear high earlier this month.

Whole Foods (NASDAQ: WFM): In the recent second-quarter report, co-CEO John Mackey said, “With our long-term debt now fully repaid, we are considering other uses for our growing cash balance, including accelerating our growth, raising our dividend and repurchasing stock.” The stock has outperformed the broader markets year to date.

Winn Dixie (NASDAQ: WINN): Last week, this regional supermarket chain reported better-than-expected third-quarter earnings. The share price jumped about 9% on the news, which had followed two quarters of net losses. The rise to an eight-month high helped the stock to outperform larger rivals Kroger and Safeway, as well as the industry average, year to date.

Earnings Expectations for the Week of September 3

Kraft Foods and Whole Foods to Open Near 52-Week Highs

Earnings Expectations for the Week of December 5 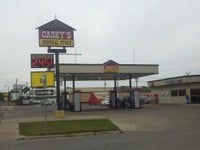 Benzinga matches up two leaders in a major industry sector, with the goal of letting readers decide which company is the better investment. read more